Top 10 Reasons Why Michael Scott Is A College Student

Top 10 Reasons Why Michael Scott Is A College Student

We all feel better knowing that Michael G. Scott is on our side. 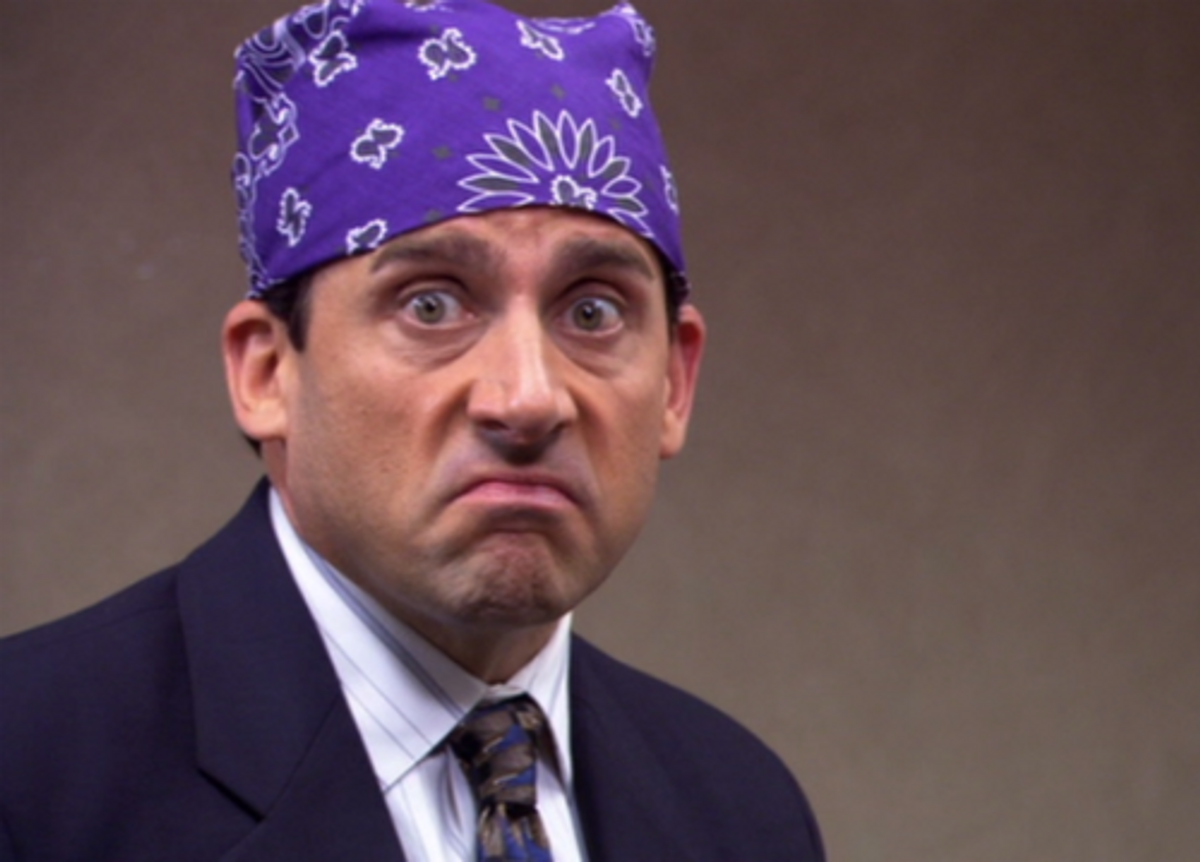 If you have ever seen “The Office”, you know that Michael Scott is basically a kid. Like an awesome kid, but still a kid, like he never got past that phase. Because he never went to college, I feel that he never got to get his inner college kid out. So here is the Top 10 Reasons that my boy Michael G Scott, is a 40-year-old college student at heart.

This quote is from the episode when he was trying to get clients back with gift baskets and he completely lost it when they ate the chocolate turtles at the ungrateful lawyer firm. Let’s face it, when it’s been a long day and you back to your dorm room wanting your leftover chipotle and someone ate it, you would act the same way he did.

Let’s face it, Michael literally did no work at all unless he was put under a serious amount of pressure and I feel that I personally identify with that. Seriously half of us won't start a paper until it's 11 and the paper is due at 12. Also, I have said this to my roommate so many times it’s ridiculous.

8. “Wikipedia is the best thing ever. Anyone in the world can write anything they want about any subject. So you know you are getting the best possible information”.

Michael still has the same mindset that all college kids do when a professor hands you the syllabus and you immediately want to start crying. Or when someone yells at you to go to the gym and you just really aren't feeling it.

Michael is still just as broke as the rest of us and is fully aware of the fact. Honestly, a part of me just wants to walk into the financial aid office, scream this, and then walk out.

As college students, we have all felt this about someone on campus, whether it being a crappy professor or the complete butthead that ran into you and didn’t say sorry. Or for me it is this random kid that took the muffin I wanted in the Caf in the beginning of the year. I see him everywhere and I still hold a grudge.

It was my muffin, but whatever.

4. “I am running away from my responsibilities. And it feels good”

Just like college kids, Michael feels like running away from his responsibilities just as much as we do. I mean he's way older than us and he feels the same way that we do, so I'm assuming the feeling never changes.

Michael is like any college student that convinces themselves that while they do have an 8 am, they can still stay up till 3 in the morning and be fine. Except we aren’t fine and we are running purely on coffee and grumpiness. It also shows the messed up things that come out of our mouths when we are running on no sleep.

Michael is totally like a college kid when he puts on some jams to rock out to by yourself when you’re on your way to a crappy thing you don’t want to do. I know that “Wannabe” by The Spice Girls is my go-to throwback song when I don’t feel like running. I dance and mouth the words, people totally stare but Michael Scott wouldn’t care that people are staring at him, so neither do I.

And my personal favorite when Michael tells off David Wallace when he undermines him about how he is as a boss and Michael tells him off in the funniest way possible. Which shows even more how he's a college student because we all have to deal with haters telling us we won't make it and that we aren't smart enough. But we don't listen to them because they don't even know how high we're going to fly. (lol, see what I did there?)

So remember ladies and gents, even when college seems to not be going our way, at least we have Michael Scott on our side.