To The College Student Who Loves More Than One School
Odyssey

To The College Student Who Loves More Than One School

"I can bleed red and black whilst humming the Aggie War Hymn across campus to my dearest pleasure." 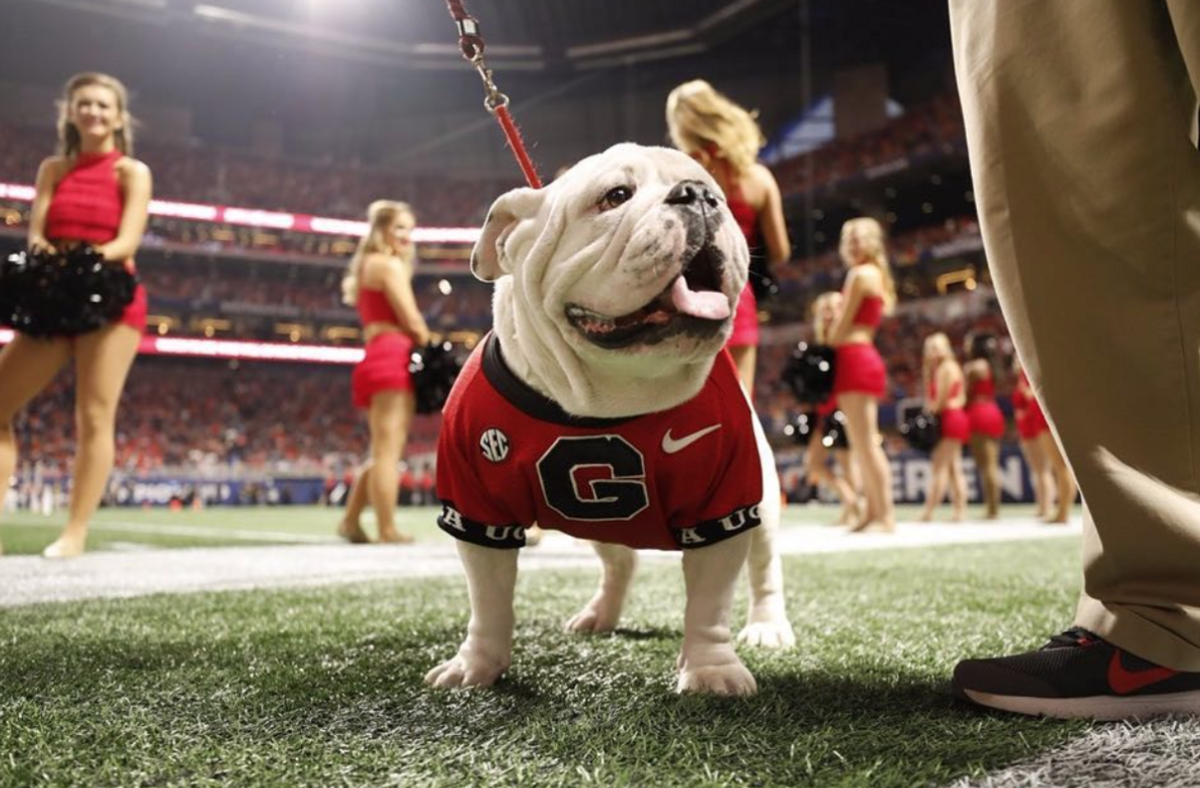 2nd down and 12 to go. The Georgia Bulldogs are stride for stride with the Sooners of Oklahoma in double overtime at the 104th annual Rose Bowl Game. Lorenzo Carter just electrified the entire stadium with an emphatic blocked kick, and the dawgs have taken over on the ensuing overtime possession, needing a score of any kind to win the game, and send Georgia to their first national championship game since 1982.

True freshman quarterback, Jake Fromm, shifts out of the backfield beyond the left hash mark to line up as a wide receiver. Setting up tailback, Sony Michel, to take the snap in the Bulldogs “Wild Dawg” formation. Michel takes the snap, veers left, cuts up field, 20, 15, 10, 5, champions.

27 yards goes Michel, untouched, yet seemingly carrying the hearts and souls of every player, coach, and fan on his back straight into the end zone for a victory that would invite the beautiful aroma of roses into the memories of Georgia fans for many, many, years to come.

There I was. Section 7, row 58, seat 113, bearing witness to one of the greatest games in college football history. I was draped in red with the notorious “G” logo plated to my chest, screaming, crying, hugging my father and every other member of dawg nation within an arm’s reach. It was pure and total ecstasy, delivered in the sweetest way possible.

In reading this, you may have failed to pick up on the fact that I am a 20-year-old, sophomore, construction science major at Texas A&M University. That’s right, gig ‘em. Don’t read me wrong, I love my university. I am the loudest and proudest member of the Fightin’ Texas Aggie Class of 2020. However, Texas A&M will simply have to live with the fact that a large part of my heart belongs to The University of Georgia.

My father, Matt, was born in Athens, Georgia in the year—Let’s just say he would call it a “short” time ago. Raised in Cartersville, Georgia, my dad grew up knowing nothing other than sweet tea, Herschel Walker, and Georgia Bulldog Football. When he began his career in sales, his company moved him out to Dallas, Texas, where he eventually met my mom, a Fightin’ Texas Aggie from the Class of 1988 herself.

As you have probably already guessed, the rest of this puzzle is pretty easy to piece together. I was born and raised in Houston, Texas part-Aggie, and part-Dawg. When it came time for me to go to college, I applied and was accepted to both schools. My heart was truly torn, but after many prayers I knew it only made sense for me to attend Texas A&M. A&M has the #1 construction science program in the world, and the in-state tuition simply couldn’t be beat.

However, my heart has never changed. My own two feet stand in College Station every day, yet my heart in many moments such as this one, seems to nestle itself within the city limits of Athens, Georgia. To those that would question my pride in the school that I actually attend, I would tell you to settle down. I have nothing but pride, adoration, and honor to be a student at Texas A&M. To those who find it impossible for me to be a part of the Aggie Family and Dawg Nation all at once, I would tell you something along the lines of deal with it.

I can bleed red and black whilst humming the Aggie War Hymn across campus to my dearest pleasure. I have found solace in this beautifully twisted and awkward love triangle, and that’s O.K. And to any other person out there who struggles with the guilt of loving more than one school, don’t fight it, embrace it. Last time I checked, there’s no biblical passage that discerns how you must navigate the feelings you experience towards multiple schools.

Your school is important, but it is like a best friend, not a spouse. Although many would thoroughly enjoy a covenant of marriage with their alma mater, it simply doesn’t work that way, so to the person who is asking why my Georgia Bulldog red shirt looks like a very weird shade of maroon, I’m “sorry” but so totally not sorry in any way, shape, or form.