Time To Set the Sails Toward the Horizon...East to Master's

Time To Set the Sails Toward the Horizon...East to Master's 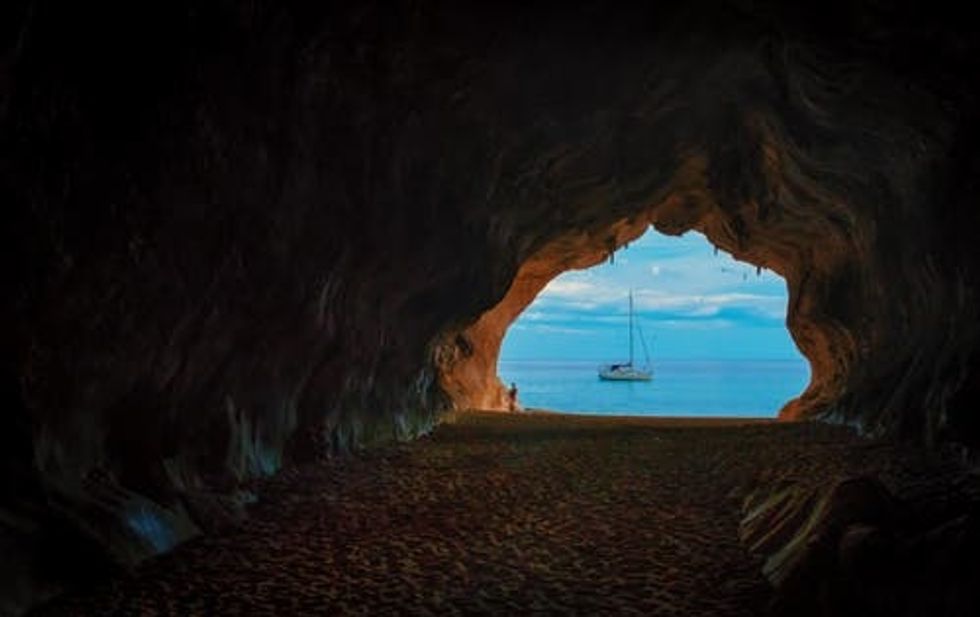 What does education mean to you? Is its defining place in your mind a good job, a promotion, status, and wealth? Or is it something more than that, something that is connected not only to your mind but also your heart?

Frederick Douglass, who was born into slavery in the late 1800s, knew the importance of education in his life toward his future freedom. He taught himself to read borrowing books laying around that belonged to the son in his master's house. He became a great abolitionist, speaker, writer and leader in the state of Maryland. As he put it, "education means emancipation….it means light and liberty. It means the uplifting of the soul of man into the glorious light of truth, the only light by which men can be free'" (Michelle Obama, Bowie State University Commencement Speech, They Say, I Say, 2015, p. 289).

Though most of us have sacrificed in some way or another to see our education through to the end, I cannot even fathom what Douglass went through. I can relate on a smaller scale the drive to keep getting up when I fall, and focusing on the end goal to keep me motivated.

He would have agreed with Michelle Obama in her statement to the students at the 2013 Bowie State University Commencement when she challenged them to, "take a stand against the culture that glorifies instant gratification instead of hard work and lasting success" (Michelle Obama, Bowie State University Commencement Speech, They Say, I Say, 2015, p. 293).

So much of what matters in life comes with a great price, one that costs us in the beginning, but the return more than doubles the original investment in what is lost by what is gained. There is a special transformation that happens to us when we work through difficulties, like the caterpillar who struggles out of the cocoon to realize his newly appointed place in the world as a magnificent butterfly. We, too, must be willing to struggle through the growing pains to achieve the glory of the new person who emerges from the sacrifices, painful though they may be.

I am so thankful I made the decision to fight through the battles, early on in sitting in class with 18-year-old students in math, up to this point, working with 20-and 30-year-old students in my editorial position. A lady I knew from a church, when giving the reason she was not willing to finish her degree, stated she was not willing to lower herself to sit through a math class with a bunch of teenagers. We miss a huge blessing when we think we are "above" placing ourselves in what we see as humbling positions. A life spent affecting and helping others, and allowing them to help us grow as well is never wasted time. All of it helps to grow the person we are and add depths of wisdom we might never have realized could come about had we been left to just sailing through life without these struggles. Indeed, I grew to love the "kids" I went to class with, and I learned insights from them about acceptance, joy, and camaraderie I might never have learned anywhere else.

Education is so much more than just the memorization of facts and figures, and the attainment of the ideal job. Freeman Hrabowski said, "when we focus so heavily on monetary inputs and outputs, we ignore the question of what it truly means to be educated, such as contributing to the public good. Yes, colleges prepare people for jobs, but more critically, it prepares people for life…..the ability to think broadly" (Freeman Hrabowski, They Say, I Say, pp. 260, 262). An education has not only helped me develop skills needed for a career I hope to break into, but even more, it has given me confidence in speaking with others, whatever age, because I have had the wonderful privilege of getting to know people from all walks of life, and all ages. My education has given me a love for all people, different from the culture I know, and that has only made me value my education more.

We change tomorrow by changing our outlook when we pursue higher education. To quote Michelle Obama again in her commencement speech at Bowie State, "be an example of excellence for the next generation and do everything you can to help them understand the power and purpose of a good education….my parents didn't go to college, but they were determined to give us that opportunity…And today, I am thinking about all the mothers and fathers just like my parents, all the folks who dug into their pockets for that last dime….so that we could have something better" (Obama, They Say, I Say, pp. 293, 294).

When things get tough, and you want to throw in the towel, remember after every night, comes day; and after every storm, comes the rainbow. Keep your goal in the foreground. "Sometimes he could see nothing for fog or rain. Sometimes the air was crisp and clear, and he could see far beyond the hills. Once a cloud of dust on the road moving toward the town kept him excited for an hour, but it proved to be only a flock of sheep being driven to market" (De Angeli, The Door In The Wall, 1949, p. 112). When one thing falls through, keep driving on to the goal you have set for yourself. There is a prize beyond your imagining waiting for you. It may be something totally different than you envisioned.

Lastly, remember the importance of love. I'm not talking about just relationships, though it is important to take time for those as well. I am talking about having a perspective of care toward others. C.S. Lewis, in a letter to Mary Van Deusen on May 25, 1951, says, "there are two kinds of love; we love wise and kind and beautiful people because we need them, but we love disagreeable people because they need us. This second kind is the more divine because that is how God loves us; not because we are loveable but because He is love, not because He needs to receive but because He delights to give" (C.S. Lewis Journal, 2006, The More Divine Love).

Bye, bye Odyssey. It has been an incredible journey. Such a fitting name for this group…"Odyssey is a Greek epic poem written by Homer about the long journey of a man named Odysseus, or a long and eventual journey or experience" (Google). That sums it up nicely. Thank you, Odyssey, for an experience that has brought me much learning and joy. It is one that will live in my heart forevermore! It's time to journey to the next level in my education. May I have the opportunity to reach others as I have been privileged to do through this incredible vehicle. It's been an honor!