The Struggle of Natural Hair
Odyssey

The Struggle of Natural Hair

Learning to embrace my afro and the products it needs 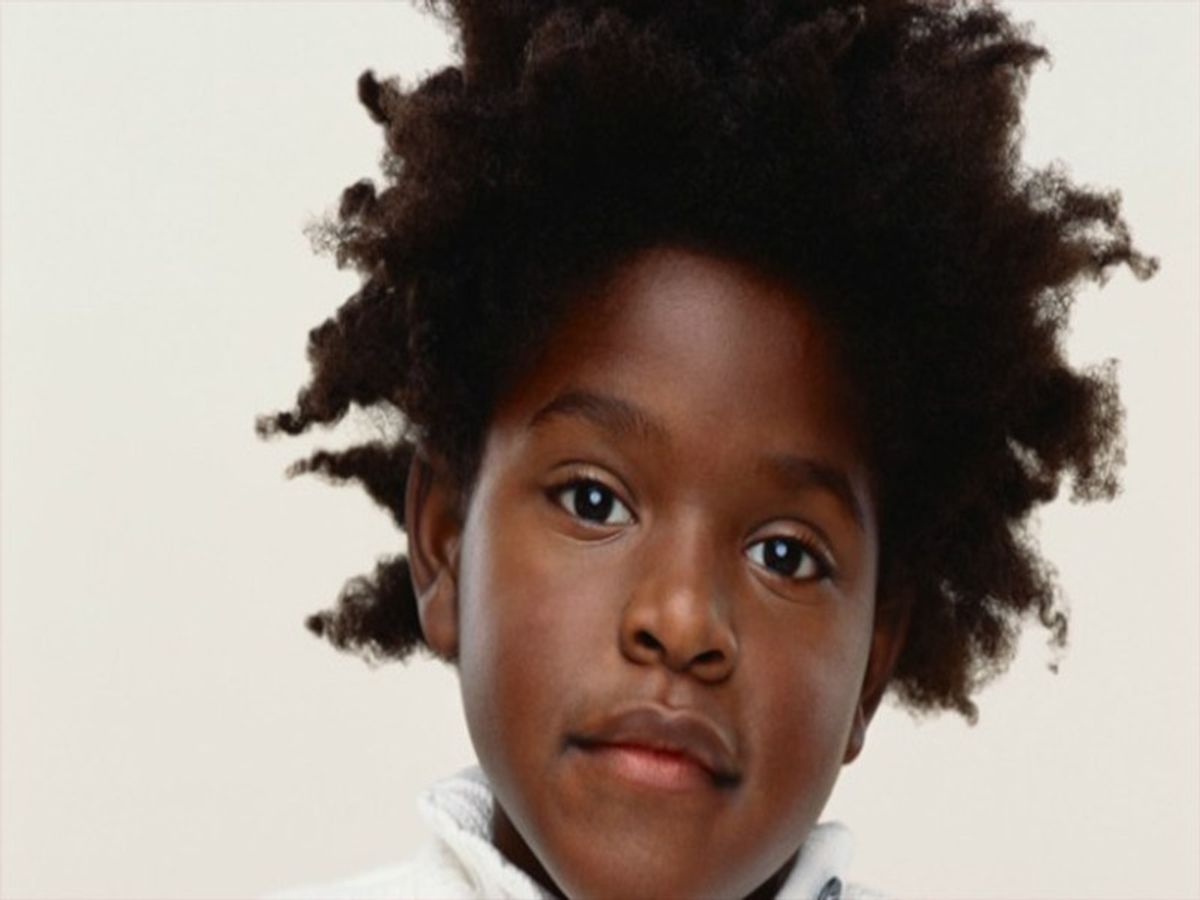 When black people with afros grow up, we are taught to feel ashamed of our hair. For me, no one specifically said that my hair was unflattering, but everyone implied it. My friends would ask me why my hair didn’t look like theirs. Strangers would approach me and touch my hair before introducing themselves, assuming my hair was soft only to find an unmanaged, crunchy mess that they trapped their fingers in uninvited.

When I was in elementary school, I lived with my father — who is white — and he didn’t know how to take care of his own hair, let alone mine. So I often showed up to school with the top of my head as horizontally flat as a table. It was a regular occurrence for me to be called into the principal’s office because the adults at my school assumed things weren’t well at home, with only my tragic hair as proof.

While there were not many people around me with afros outside of my family, there were even less people with afros in the television shows and movies I turned to for entertainment. There are more white people represented in the media than black people, especially black people with afros. Whether it was blonde, black, brown or red, all of my media influences had silky hair that most often flowed to a long, breezy length, a length that my hair has never achieved without extensions. From what I remember, the people in the media that did have afros were black but were usually shown as destitute, ratchet antagonists to the protagonist with flowing, magnificent locks.

But whether or not people of my race — mulatto — had afros in the few times they were shown in the media, I learned everything I once knew about taking care of my hair from my mother. I’ve lived with my mother — who is black — since I was 13. While my hair had come a long way from the tabletop style of my elementary days, my hair was still crunchy, short and falling out because she didn’t know how to take care of her own afro. Though she had grown up in a different generation, my mom’s media influences were the same as mine. And she grew up with parents that also didn’t know how to take care of their hair.

For the majority of my life, I’ve lived with crunchy, short, dry afro hair that broke off easily the more I tried to style it. I’ve relaxed, straightened and picked my hair. I had grown up learning to do everything that’s wrong for my hair because I was told that these things would take care of it, or at least make it look similar to the fashion icons we had in the media, who were mostly white with silky, long hair.

Relaxing your hair is when you put chemicals in it that immediately give your scalp, forehead and neckline the sensation of knives piercing through your skin to try and puncture your skull. It’s a contemporary torture device intended to make curly — or in my case, crunchy — hair easier to straighten, and it’s something I’ve been subjected to many times throughout my 19 years.

I feel my story reflects that of many black and mulatto women with afros. It’s the lifelong struggle of discovering how to care for our thick hair, and then the journey to embracing our afro head. My journey has been short in comparison to some women, but it has been no less difficult.

In fact, in my senior year of high school, I got into the habit of shaving my hair off. There was still hair all over my head, but it was extremely short and much easier to brush. My hair wasn’t breaking off anymore because there wasn’t enough length for it to break off. While it gave me a very androgynous look, my hair was finally the soft afro that I had worked my entire life to achieve.

The last time I shaved my head was the day before I flew out to Vermont for college. I had the intention of shaving my hair this final time and taking care of it while at school so that it would grow to a length where I could relax and straighten it again. But when I got to Vermont, I couldn’t find any hair products that were intended for afros, so I relied on Suave and other name-brand hair products that promise to get rid of moisture.

Growing up, Amber endured the same struggle I did. But somewhere along the way, she learned that she had been doing all the wrong things to her hair. While products such as Suave and Garnier are usually intended to get rid of moisture, which is a common problem I hear my white friends discussing, people with afros are supposed to lock in moisture because our hair naturally lacks it. Amber eventually discovered such products as Shea Moisture and the ORS Olive Oil lines that are marketed for black and mulatto individuals to maintain our hairstyles, whether that be afro, weave, or any other hairstyle black men and women choose to rock.

Amber and I met in January 2016. One of the first things we talked about — as is normal for most black and mulatto women — was our hair. She asked me what products I used, and at the time I was using Suave. She started laughing at me. After her outburst of giggles subsided she explained to me how Suave takes out moisture and our hair needs to keep it in. She directed me toward the brands I’ve discussed above. She also informed me that our college’s bookstore was bringing in an entire section that was dedicated to people with hair like ours. One side of the cosmetics display would have the products that I was so used to putting in my hair, and another section would have products that would actually help my hair.

When this display was put in, I was extremely happy, and so was every black and mulatto person I talked to about the display at my school. Here was finally a place in Vermont I could purchase products that would make my hair thick, strong, soft and long — everything I’d always wanted my hair to be but could never achieve.

(I did an interview with Dr. Rosalynne Whitaker-Heck who initiated the process of getting these products in the bookstore. You can watch that interview here. It begins 2:22 into the video).

Since then, the bookstore has expanded the display and has added many more products and brands for us to purchase, and my hair has never looked and felt better. My hair is much longer than it has ever been, though it still does not pass my shoulders. It is incredibly thick, which I love, it is softer than any fabric a blanket can be made from, and it is stronger than I could have ever hoped it would be.

Media influences and many of the people surrounding me are still mostly white, so I’m routinely bombarded with pressures to make my hair as long, as thin and as silky as the women I see on Netflix or YouTube. But the other day I was putting the Shea Moisture Curl Enhancing Smoothie into my hair and running my fingers through it, and it was the first time that I was proud of my hair. Although it’s been a lifelong struggle and continues to be one, my hair has made me more conscious of advertisements, and has caused me to form strong bonds with other women of my race and hair type.

The struggle continues, but I’ve finally learned to embrace my afro hair, and that’s a gift I wish for all black and mulatto children and adults still struggling to find the products that work for them.

Whether or not you have an afro, let me know your trials and tribulations with hair products in the comments below. Follow me here on Odyssey for more articles every week.

11 Thoughts Every College 'Nap Queen' Has Before, And After, Naps