The Benefits Of Community Theatre

The Benefits Of Community Theatre

Community Theatre is a major part of my childhood and roots and possibly one of the most important. 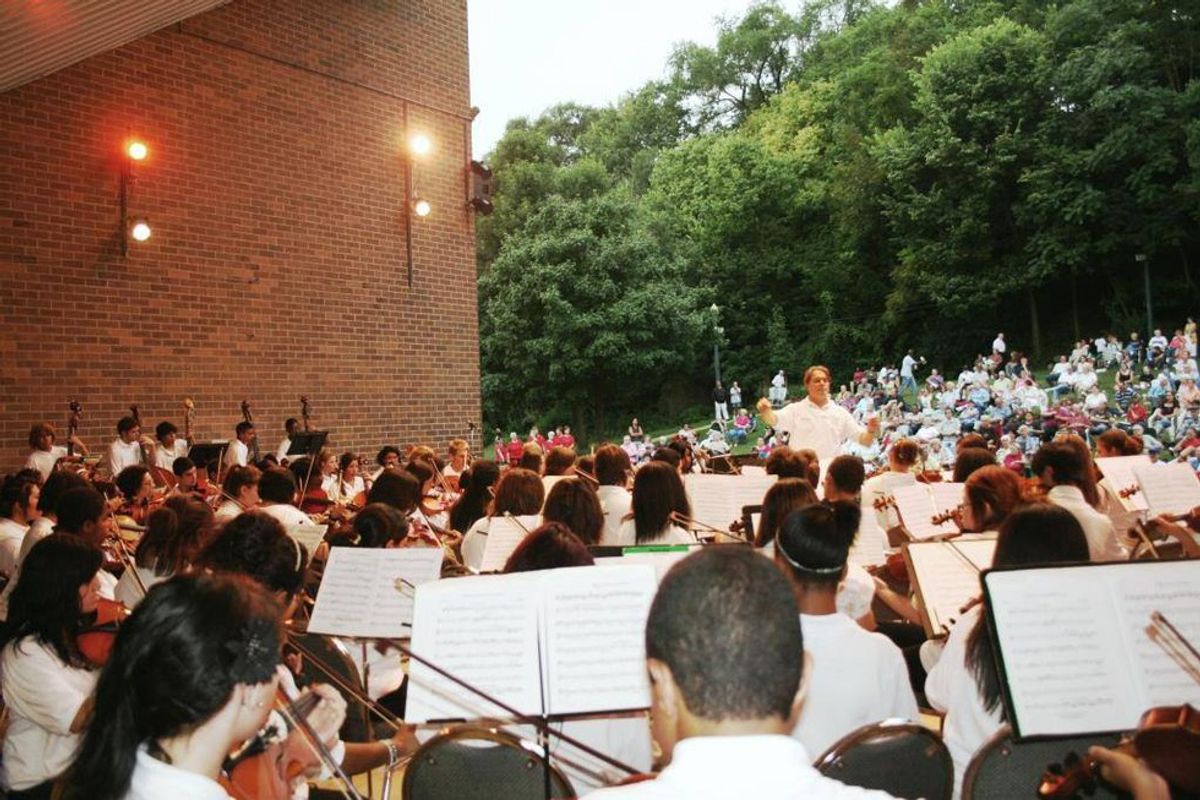 Coming from someone who was practically born and raised in a theatre, I have endless love and respect for community theatre. It is one of the most important parts of my childhood and what really shaped me as a person and performer.

To give a little backstory, my dad is a Union stagehand in Illinois. He also works at a community theater space in back where I am from, the Bicentennial Park Theater. I grew up performing in my church musicals and choirs as well as various children's drama groups such as "Summertime On Stage" at these theater's where my dad worked. I remember summers of coming with my dad to work bright and early so I could hang out with him until I had a class or rehearsal there. Although I partially did this to spend the extra time with my dad, I also found it to be my true passion.

Before I had started community theatre, I was a very shy, yet loving, introvert. I only talked to my friends and would look down whenever talking to authority figures. I found that after years of community theatre and drama classes, I began to feel more comfortable in my own skin and able to speak around adults. This was big for me because, it led to some of my closest and most endearing family that I have now. Now, as an 18-year-old girl, I do have friends my own age, but the majority of the people I would confide in and call my true family and friends, were the adults that I did theatre with and I am eternally grateful to all of the directors and actors that shaped me into who I am today.

If it were not for community theatre, I would not be as disciplined and well mannered here at the University level.

With performance, comes hard work, tough love, and drive. I can recall various times when I considered giving up because a dance was too difficult or a song was too high. If I had followed those feeling, I don't think that I would be even close to the person I am now. Another thing that came from this self-discipline was prioritizing.

Theatre is a time consuming activity, it requires sometimes months of blocked out periods in your calendar. Here at Point Park, when a student is in a show or even on crew, it is mandatory to attend rehearsal Tuesday to Sunday from sometimes 3:00 - 11:45 at night. With this comes self reliance. You have to be organized and put together enough on your own so you can handle these stressful schedules.

In my time at Bicentennial Park, the number one thing I acquired, was a sense of family. No other place in the world have I ever felt so loved and cared for away from home. Community theatre truly is about community and bringing people together.

I created friendships that I will keep for a lifetime. Now, every show must come to a close, so I'll leave you with this, "If you look at the Earth without architecture, it's sometimes a little bit unpleasant. So there is this basic human need to do shelter in the broadest sense of the word, whether it's a movie theater or a simple log cabin in the mountains. This is the core of architecture: To provide a space for human beings." - Peter Zumthor