10 NYC Indie Bookstores You Must Visit

10 NYC Indie Bookstores You Must Visit

If you're looking for an afternoon to fill. 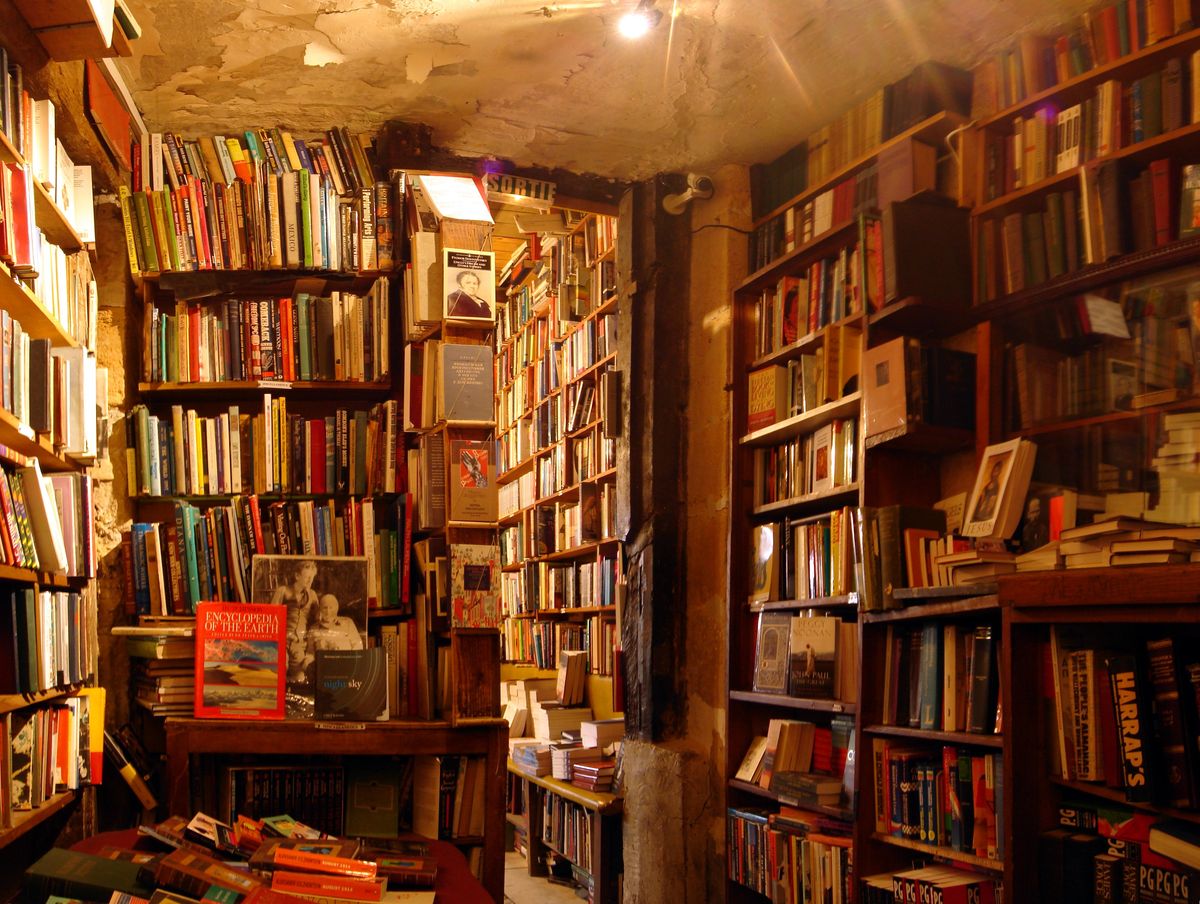 New York City is the cultural hearth of the East Coast. Considering the number of theaters, galleries, readings, and shows on offer here -- not to mention all the artists who got their starts on the mean streets of NYC -- I think it's fair to say that New York is awash in culture. For me, the biggest draw the city holds are the bookstores. And by this, I don't mean Barnes and Noble. I don't even mean the Strand. Don't get me wrong -- I absolutely love the Strand, and have spent many a happy afternoon browsing through the carts outside the store. I've found much beloved books on the cheap -- "The Human Comedy" for a dollar! -- and left feeling wholly satisfied. But, there are dozens of other great bookstores in NYC that are just waiting to be explored! Below are ten that I think would make anyone's afternoon.

This bookstore also functions as a gallery and event space, once hosting the New Yorker speakeasy. They also have frequent readings and literary events that feature famous and much-beloved authors; Salman Rushdie, Jonathan Franzen, and Joyce Carol Oates constitute a fraction of the writers who've spent time at the Arena. So you never know; you might pop in for a book and end up meeting its author....

A Pulitzer Prize winner for fiction described this as "one of the greatest bookstores on the face of the Earth," which seems like the definition of a ringing endorsement. The employees function more like librarians, incredibly knowledgeable and well-read, and the cozy store -- which has been in the same location since 1968 -- is a great place to spend a morning, afternoon, or whole day. They also host readings; you can check their website to see which of your favorite authors is upcoming.

Named Best Bookstore by They Village Voice in 2012, BookCourt is another store you should visit often. For cash-strapped college students -- me and ninety percent of the people I interact with on a day-to-day basis -- there are lots of discounts available, which should be enough to put a smile on any booklover's face. They also have book clubs, if reading with a group is something you enjoy.

This store also sells records and CDs, and will buy books from you. So if that copy of War and Peace has just been sitting on your shelf collecting dust, you can sell it and use the money to buy yourself something more subway reading friendly. The store is small and pretty packed bookwise, but that just means more of a selection to choose from. They also have a record store on 72nd Street, if you want a larger selection of music to choose from.

This six-story haven has been in operation since 1925, and contains mostly antique and rare books. If you're prepared to get a bit dusty and rummage around, you can find pretty much anything. Since most of their books are first editions, signed, or older than your grandparents, purchases here are going to be pricier. For example, they're currently seeking a rare edition of the Grimm's Fairy Tales for seven thousand dollars. But fear not; browsing is always free, and they have a table of ten dollar books just outside the store's entrance.

This is going to sound like a joke, but it is totally, one hundred percent real; this is a bookstore where you can barter used books for other books, coffee, or beer. Yes -- this store is real and wonderful. They also have free wifi, and are open until midnight, if you needed a new study spot. They also have weekly events you can attend, and bargain racks where you can find books for super cheap.

Another favorite with indie bookstore lovers, this establishment gives you two floors full of books and a cafe -- in which books hang from the ceiling. Aside from great books and stationary, McNally-Jackson holds tons of events, like readings, panel discussions, and book clubs, some of which are available to be viewed via a livestream. There are also archived events you can watch on the livestream at any time.

Frequent customers cite the store's inventory as a major draw, with lots of unique and unheard of books on offer. Like the Strand, the sidewalk outside the store is full of bargain carts, with books available for only a couple dollars. You can sell books there too, and it's a spot many bibliophiles choose for this purpose, which probably contributes to the great selection.

This store has two other locations as well, with this one in particular a close walk from the Columbia and Barnard. IT has all the fixings of an indie bookstore -- funky selections, nice staff. But it also has a distinct feature that's totally different; a wooden writing desk, at which you can sit down and pen your own letter and drop it in a basket. Book Culture will mail it for you!

10. This spot sits empty as tribute -- to St. Mark's Bookshop

This spot shuttered its doors forever on February 28th of this year, having been in operation since 1977. In its heyday, aspiring writers came here for inspiration and ideas, and the inventory was considered one of the best in the city. After rent rose steeply, the bookshop was forced to move, with rent later rising again. The bookshop was unable to keep up with payments, and was forced to close. Let St. Mark's serve as a cautionary tale. Let it not have closed in vain. Independent bookshops will only continue to be cozy, enjoyable and wondrous if we support them. So please, please do.

Madison Franz
The Narrative
1111466
Photo by Brooke Cagle on Unsplash

Madison Franz
The Narrative
651534
Photo by Manny Moreno on Unsplash