​Tech Under Trump: Silicon Valley Voting with Their Dollars
Odyssey

​Tech Under Trump: Silicon Valley Voting with Their Dollars

If you hate Trump news, you’ll probably hate this. 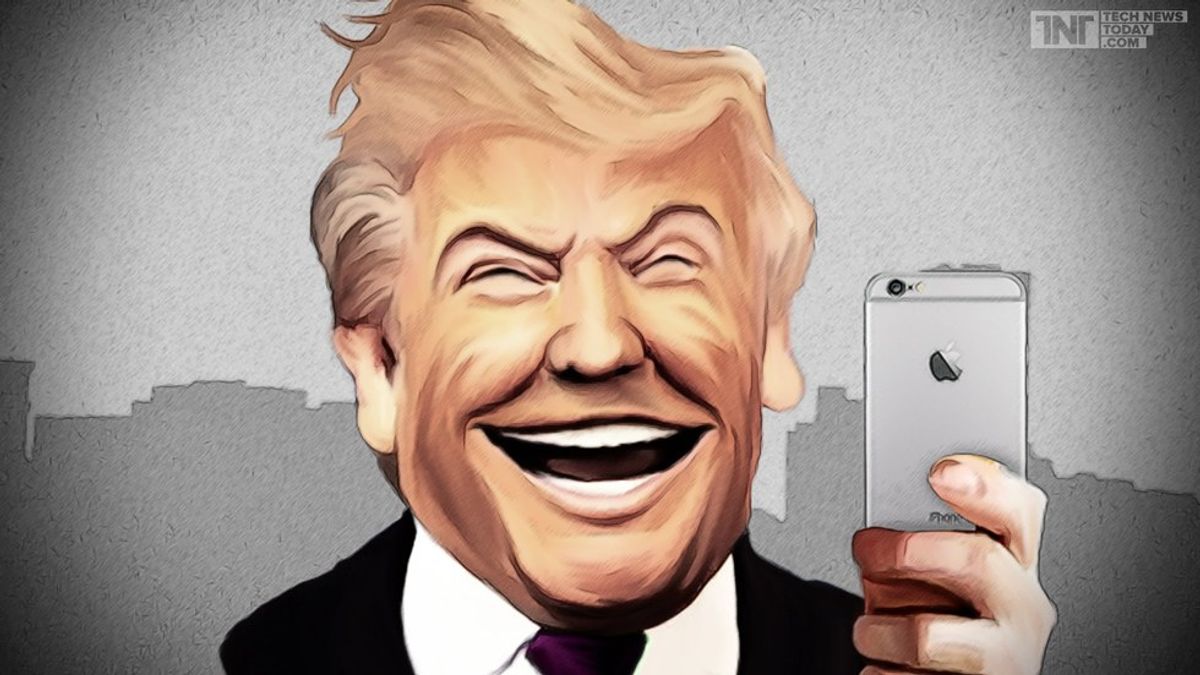 The following are free-ranged thoughts on tech and culture, related to the President Trump's executive order calling for a temporary refugee ban from seven middle eastern countries.

I’ve never quite liked the idea of money interfering with politics. Just the idea of companies lobbying because they have fat wallets has always seemed to disgust me, at least until now. By the name of this article, it’s obvious I’m no conservative, nor is this my newfound direction. However, I was very interested in what the liberal work tech companies did this week, in response to Trump’s January 27th executive order, placing a temporary ban on refugees from seven predominantly Muslim countries in the Middle East. The actions by Trump (henceforth known as Donnie) caused an expected ripple effect across the nation, including protests, riots, and Twitter wars. If this were a podcast, we could have a three-hour discussion on how Twitter, the saddest social network, has gained enormous social status because of Donnie. Protesters gathered in some of the nation’s largest airports (JFK, SFO, and DFW), calling for the detained refugees to be let in the country. This is where our story begins.

It’s abnormal to see tech companies or public figures from Silicon Valley get involved in politics. That’s because it’s a culture of “hey, we make cool things and we don’t care about the status quo because we’ll probably get acquired by Facebook, make a few million bucks, then get the shit sued out of us by ZeniMax or some other worthless patent troll.” However, this has not been a normal year. Next week will be the one year anniversary of the Apple v FBI kickoff, a 43-day battle that shook the entire tech industry and was the first time we ever saw these companies get involved in this way. Most of the big names (Google, Facebook, Twitter) filed Amicus Briefs in support of Apple. Donnie, with no measurable success and who tweeted this from an iPhone, called for a boycott of Apple products until they cooperated with the FBI. Then right in the heat of election season, we saw Facebook and Google struggle with fake news, which many of argued caused Clinton the election. Finally, as a last-minute effort by Silicon Valley, we saw companies (including Apple) literally pouring money into events to aid the democrats in winning the election (of course, we now know how that turned out). So, the past year has definitely been topsy-turvy with tech and politics, which is why it came as no surprise to see Silicon Valley take a stand on the executive immigration ban.

To spare you a lengthy read, this ban caused #DeleteUber to go trending, costing Uber an estimated 200,000 users (and their CEO a spot on Donnie’s advisory board), Lyft has pledged $1 million USD to the ALCU, Tesla’s losing (more) money because their CEO remains on Trump’s advisory board and consequently, people are is canceling their Model 3 preorders, and Silicon Valley is banding together: Google has recalled its staff back to the U.S., Apple is now considering legal action on Donnie’s executive order, and Amazon, Expedia, and Microsoft helped Washington state secure a temporary restraining order against the executive immigration order.

This is all very interesting, even though it’s been about a year since these companies began getting involved in politics. This is not like Walmart or Target taking a stand on a political issue. This is essentially an entire industry, or at least all the dominant, key players saying “no, we’re not putting up with this bullshit.” When we look at Silicon Valley, it is amazing how much we owe to immigrants. Google’s CEO, Sundar Pichai is an immigrant from India, Sergey Brin, who co-founded Google, and now a part of their parent company, Alphabet, is a refugee from Russia. Microsoft CEO, Satya Nadella, is an immigrant from India. Then, of course, there is the most famous of all: Steve Jobs, whose father was a political migrant from Syria.

The money the tech industry is spending on protests, PR, and working together because of this executive order, could all be going towards other things, including R&D or product marketing, but these companies have decided to allocate their money elsewhere. We essentially owe the success of almost an entire American industry to immigrants. There is a reason why they migrated here, rather than Germany or England. We, los Estados Unidos, have something to offer that no other country does and important we begin to value that before it’s too late.