Taylor Swift Can Do SOOOO Much Better Than 'ME!' And I Am Highly Disappointed By Her New Single

I hope the album is better than this one song 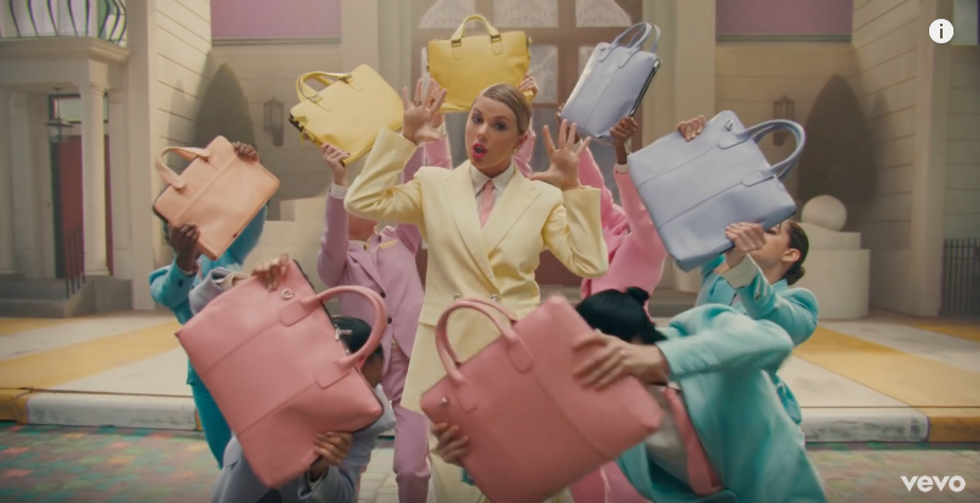 Anyone who knows me knows that I am a huge Taylor Swift fan or Swiftie as we like to call ourselves. I grew up listening to classics like "Teardrops on My Guitar" and "Love Story" but I truly became a Swiftie in middle school, when as a young gay kid still in the closet I would listen to songs like "You Belong With Me" and relate to them on a spiritual level.

Taylor had this magical ability to take all the powerful, conflicting, confusing emotions I had whenever I had a crush on a guy and put them into words. In my freshman year of high school, Taylor released her first official pop album 1989, and the lead single "Shake It Off" helped me navigate all the heartbreak and hardships of that year.

The thing I love the most about Taylor is her skill as a songwriter. This girl is seriously one of the best singer-songwriters of her generation. She wrote her entire Speak Now album by herself. Her Red album, still my favorite T-Swift album has lyrics that are essentially poetry- "This are the hands of fate/ You're my Achilles heel/ This is the golden age of something good and right and real" from "State of Grace".

Her masterpiece "All Too Well" is a brilliant, heartbreaking portrayal of the end of a relationship where Taylor evokes small fleeting moments of intimacy like "dancing 'round the kitchen in the refrigerator light", which hit the listener like a train. Taylor, as an artist who came of age in the Nashville country music scene, knows how to tell a story through a song.

Every dedicated Swiftie like myself knows that Taylor is an incredibly talented writer. And this is precisely what makes her latest single "ME!" so disappointing. The first 23 seconds of the song aren't that bad. Taylor sings a solid verse where she references her wild "Reputation" era but puts her dark persona in the past.

But after a few good lines, we're given a pre-chorus that seems so basic it insults the intelligence of the listener. The song proceeds to degenerate into nothing more than a basic, repetitive pop song that any artist could have made. "ME!" has no evocative details, no soul-bearing emotion, and no emotional complexity at all; in short, it lacks all the qualities that make a good Taylor Swift song.

The closest song in Taylor Swift's catalog in terms of its unabashedly sunny mood is "Shake It Off", but while "Shake It Off" showed Taylor dealing with all the hate and criticism throw her way with grace and positivity, "ME!" is so mind-numbingly generic that it dulls whatever uplifting message it was intended to convey.

The chorus, while incredibly catchy, has none of the wit or intelligence we would expect from a Taylor Swift song. But the worst part of the song comes when Taylor straight up says "Spelling is fun!", a line so dumb it made me want to throw myself out a window. "ME!" while certainly designed to appeal to the entire family, can only be loved by kids between the ages of 6 and 11.

This song is not the work of a mature artist. It is the work of a pop star who just wants a hit. It seems that Taylor is sacrificing artistry for the sake of popularity. And that's a real tragedy. But Taylor does have a habit of putting out lead singles that are quite misleading. "We Are Never Ever Getting Back Together" didn't reflect the dominant sound of "Red, "Shake It Off" didn't fully capture the spirit of "1989", and "Look What You Made Me Do" certainly didn't give an indication that "Reputation" would actually be an album about adult romance under the pressure of the media scrutiny that accompanies celebrity.

So, it's possible that "ME!" is a similar red herring and Taylor Swift's seventh album will surprise us. As a dedicated Swiftie who loves Taylor for the beautiful art she makes, I really hope so.

pop culture
Report this Content
This article has not been reviewed by Odyssey HQ and solely reflects the ideas and opinions of the creator.