The Of Tale Of The Scavenger Hunt And The Metal Chicken

The Of Tale Of The Scavenger Hunt And The Metal Chicken 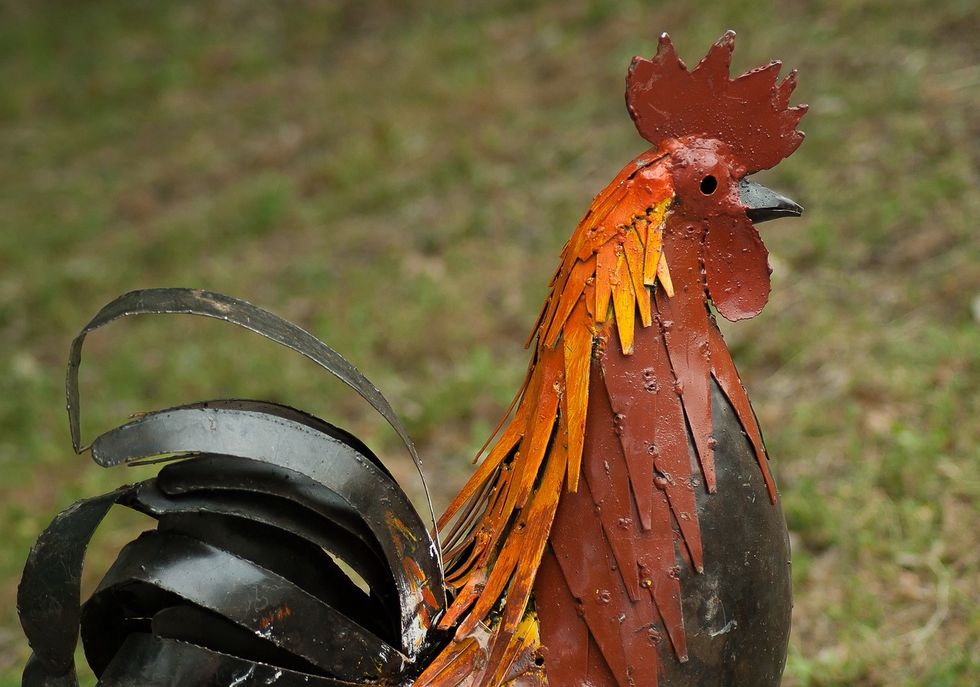 During this time of year, haunted houses open up, and people start pouring into them. They pay good money for somebody with a chainsaw to jump out and scare them out of their wits, and for some reason, they think it's fun. This has never appealed to me, and I have never been a fan of Halloween either. I don't like to be scared, I'm not much of a sweet eater, and I have never been good at picking costumes out. There is more than one way to skin a cat though, and when I was in middles school, I found out the hard way that there is more ways than just haunted houses to get scared out of your mind at Halloween.

Instead of having Halloween parties, churches in the South have what we call fall festivals. They are safe, family-friendly gatherings that parents can bring their children to and not have to worry about them getting snatched or other things that might could happen if they were to just wander around trick-or-treating. They are also used to get people who don't usually attend church to come and get them interested in coming.

My church always has our fall festival around Halloween with activities for all ages, and when I was in middle school, a time that seems like forever ago and just yesterday at the same time, our youth leaders decided to have a scavenger hunt for the youth group. They divided us up into teams and told us we would find our first clue in the church cemetery. I was on a team with about three or four other girls, and we all rushed across the road to find our clue. We were able to find it fairly quickly, and it led us to a church further down the road called Guthries Chapel.

The church has been closed for several years, but it is still kept up in good shape. We found the second clue pretty fast, and we all groaned when we figured out it wanted us to go to Mt. Ararat Cemetery.

Let me take a moment to tell you a little bit about Mt. Ararat. The cemetery is up a long, narrow dirt road at the top of a hill in the middle of the woods, Several of the graves date back to the Civil War and have the tall marble monuments that were typical of grave markers at that time. A few years ago, some twisted souls decided that it would be fun to tear several of the markers down using ATVs, but while this does add to its ominous effect, it is not the reason that people find this place so scary.

Several years ago, a man murdered his foster mother and dumped her body in the woods right by the cemetery, and the story has been used to frighten local children ever since. When we got there, even our driver was scared, and she made us shut the door instead of leaving it open as we had at the last location. After running around like a bunch of chickens with our heads cut off for a while, we finally found the clue under the large tree in the middle of the cemetery. It's a wonder we didn't break our necks from falling over one of the broken tombstones. We easily figured out we were supposed to go to the local volunteer fire department and headed in that direction. When we got there the next clue said to go to the home of one of the families of our church who had a metal chicken at the end of their driveway to find the final one.

Now, I don't know about you, but I don't know that many people who own metal chickens, and I didn't then either. We sat in the car and named family after family in our church for what seemed like forever. We finally guessed the right one and set off on our journey again. When we got there, we found the clue at the giant scarf-clad chicken, and one of my teammates was just about to open it when we heard a gunshot. There has never been a group of teenage girls that have moved as fast as we did, nor have there been any since. We all piled on top of each other in the car, and our driver took off like a lightning bolt.

We didn't win the scavenger hunt, but we did have the most interesting story. We were telling the lady whose family owned the house with the chicken what had happened, and she told us that the person who had fired the shot was probably her sister who was staying at their house. She said her sister had probably been frightened when the dogs started barking and had fired the shot into the air to scare us away. I would have to say it worked quite effectively. Needless to say, from then on my church has been careful of the locations they use for scavenger hunts.