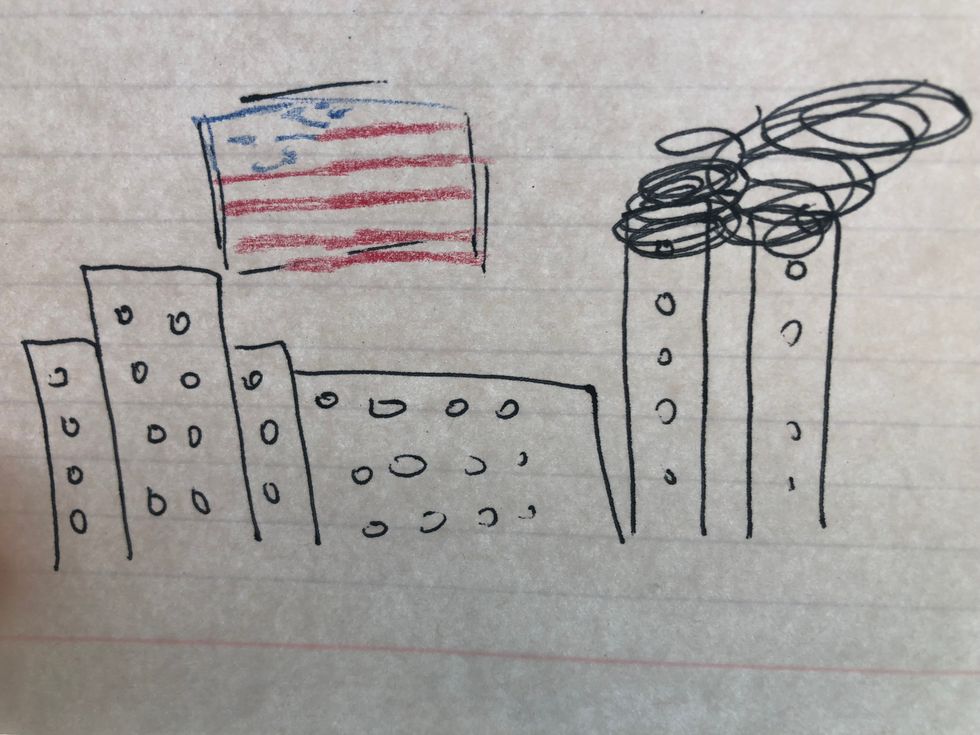 Pair of Queens, a two, and a five - no guaranteed winner winner, chicken dinner but not complaining. My mom holds a straight, and my dad has three of a kind.

Of course, poker requires strategy, but making logical bets does not begin until past the first round - also known as after the dealer randomly hands you cards. The dealer could be your best friend or worst enemy, but the blessing and curse behind this fact are that there is no bias towards anyone, whether you are the Global Poker Index player of the decade or some weenie hut junior starting from square one.

With that being said, it was completely by chance that my family had the combined luck equivalent to some type of flush, where at least one, if not all of us, had more or less some shot of winning. I would not consider myself devil, nor could I consider myself saint who revives starving kids in Africa and saves animals from fires. Like the other players, I simply played the game but got lucky with the deck.

My mom had just finished her shower and was watching me (almost a year old), and my dad was working at a local middle school in central New Jersey. I have no memory of these times, but anyone looking from the outside can say that I lived an average but blessed life filled with love and security. Similar to others, I had amazing people close to me who were happy and healthy and expecting to continue life just as is.

Those "others" are my teacher, my former teammate, and the large handful of students at my dad's middle school. Like I said before - most of us lived ordinary lives, but the "others" I previously mentioned are much more extraordinary than I am.

My teacher left an everlasting impact on me both in and out of the classroom, my former teammate showed me compassion and empathy if I broke down after a game, and that handful of sixth-eighth grade students were raised by supportive parents who would have supported careers anywhere from the arts to the sciences.

As I type this, I wonder why my widowed teacher's husband had to be crushed in a building and why my teammate's dad had to experience the inevitable smog. I wonder what on earth those, at-the-time obnoxious but lovable, middle schoolers did that made karma slap them with jeopardizing their parent's safety in the Big Apple.

At the beginning of poker, you never know what you are going to get. Conspiracy theories aside, the majority of the public was not expecting what we refer to as 9/11 today.

Like poker, it is difficult to predict the future and how everything will lay out. I mourn over how I could not have shared my luckier cards with everyone else. No one would give up with a, even if not necessarily winning, luckier deck of cards.

But I curse the dealer for giving the best of people a bad hand; those who received a bad hand for 9/11 were more deserving of the jackpot than I did and ever will be. Therefore, I have the obligation to make purpose and meaning out of my miscellaneous luck in honor of those who were stuck with unlucky threes and fives when planes crashed into the World Trade Center.