Why Suicide Squad Keeps Me Up Late At Night
Odyssey

Why Suicide Squad Keeps Me Up Late At Night

An open Letter to David Ayer with Spoilers abound. 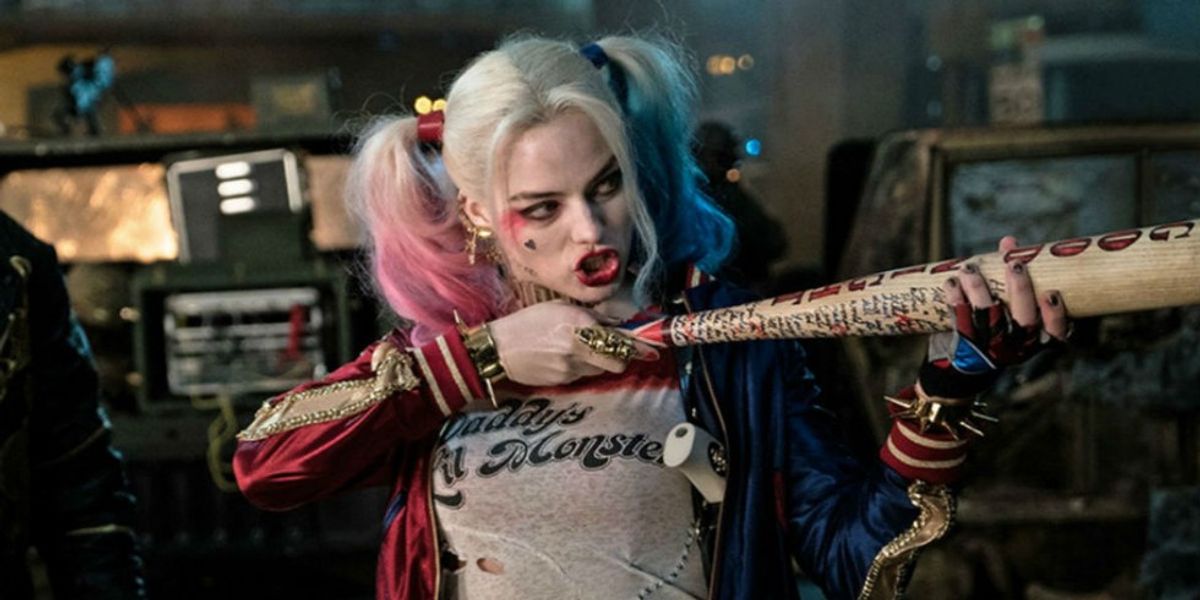 Where to begin? There is so much wrong with "Suicide Squad." You can see the literal scissors cutting the film while you watch it. The soundtrack sound more like a game of Name that Tune, like someone . The plot of the movie is as generic as those knock-off Oreos I ate last night (but much worse). But my biggest beef, the issue that plagues my mind, is how you frame your female characters. For argument's sake I want to focus on Harley Quinn, because I'm frustrated with "Suicide Squad" as a fan of movies, a fan of comic books, and specifically, a fan of Harley Quinn.

This will not be the first Harley Quinn article you'll read. Not even the first on this topic. And for me, this is not the first time I've felt the need to scream from the rooftops that the Harley and Joker are not romantic. So let me make this clear: HARLEY AND THE JOKER ARE NOT ROMANTIC! THE END.

Anyway, there is a reason Harley is so popular. For me, she attracts me for the same reason ever yBatman woman attracts me: her wild intelligence. From Barbara and Vicki to Ivy and Selina, Batman is surrounded by brilliant women, and Harley is no exception. But her madness sets her apart, almost sanctifies her in the canon of comic lore. She is an obsessive with chaotic intellect and no filter. Unlike other Batman villains, she is no innocent forced into crime (such as incarnations of Two-Face or Mr. Freeze) or a monster (like Killer Croc or the Joker). No, she has hamartia; her unchecked ambition leaves her vulnerable to the Joker's manipulation. What a downfall.

And where you took that relationship is an interesting place. Where the original dynamic is like someone with an annoyingly devoted dog, someone who tolerates the nuisance, David, you, took that relationship and made it a sleazy pimp-trick relationship. It's symbiotic. He needs to exploit her, which you show as a dangerous and cruel (while you, ironically, spend the film exploiting her from every possible angle but particularly angles of Margot Robbie's derriere as her booty shorts kept getting shorter and shorter as the movie progressed.) And she needs to feel loved by him (her flash forward of her ideal life actually was one of the film moments that made me feel deeply genuine emotions). And honestly, I would not mind keeping the darker elements of that relationship, but you subvert your own ending.

"Suicide Squad" is Harley's movie. It's her character arch and she is given the climactic moment. As Harley examines her life to this point, she flashes back to moments with her and Puddin.' Mr. J lighting up her life literally with electroshock therapy as she happily accepts it. Then as the memory fades, she self-harms, running herself violently into the bars, beating her own head senseless, perhaps to forget the abuse. We see flashes of their relationship, glimpse into the wild ways, he uses her. At one point, when she remembers jumping in the Ace Chemical, she reacts violently in the real world in a manner similar to Post-Traumatic Stress Disorder. The moment is brutally punctuated with tears as she asks Deadshot if he's ever been in love. When he says no, she calls him a typical sociopath, but it's clear, she's referencing the coldness of the Joker.

In the end, the entire fate of the world hinges on Harley as she is forced to chose between her love for the Joker and these people who show genuine care and concern for her throughout the film. And she chooses them. She chooses to save the world and chooses her "friends" (her exact word). Her choice defeats the big bad of the movie. And David, you imply that this is because she realizes that happiness with the Joker is an illusion.

So, David, what is your big fat happy ending for Dr. Harleen Quinzel, character who has left the abusive clutches of Mr. J several times (like in the New 52 run, where she is also on a roller derby team)? Her happy ending is... being happy with the Joker. Final shot of the movie is a freeze-frame of them making out passionately. Roll Credits.

So at this point I'm furious at the film on about fifty different levels, so much so that have to break my verbal initial reactions into two large sections as my friend hear me blast the film for at least a few minutes. And when it's over, I keep finding new things that bothered me. But this one thing is buzzing in my brain a week later. You subverted the character growth one of DC's most profitable and well-known characters, who is clearly your main character, and frame it as a happy ending. Because we can have our cake, eat it, and then eat another cake right after that without gaining weight.

But the bigger issue is that you have a female heavy superhero movie, one with amazingly dynamic female characters-- and Cara Delevigne-- and each one's story is framed within the context of a man in their life. What is June Moon's motivation for wanting to be normal? It's Rick Flag and his singular devotion to him. Deadshot even says that this relationship is Enchatress's biggest weakness (which you foreshadow about twenty times and never follow-through with. Commit next time.) Why is Katana Katana? Her dead husband. (Yes, it is DC canon, but if the Joker can be a sleazy pimp, Katana can have other motivations). What is the first thing Enchantress, a time-space-and-matter-bending magical being, does when she releases herself? Reincarnate her brother. Where does Enchantress, a time-space-and-matter-bending magical being, go when she is being attacked and needs some quick healing? Her brother. When is Enchantress, a time-space-and-matter-bending magical being, most weak to attack due to the framing of the film? When her brother dies. What are the motivations of the male characters? Captain Boomerang and Killer Croc are in it for the lolz. Diablo wants redemption. Deadshot wants to give his daughter the best in life, wants to lift her from poverty. Rick Flag even has more than one motivation.

The only woman who is not singularly devoted to a man is Amanda Waller, who might be one of the best movie characters of 2016, and for the record, Viola Davis deserves every award imaginable.

"Suicide Squad" is a flawed film. Extremely flawed. As in accidentally photoshpped that person with three hands flawed. But David, you, are using these women's stories (and bodies, because Viola Davis and Deadshot's daughter are the only women who wear practical clothing in a film where most of the men are wearing tactical equipment and even a reptile is fully clothed) to your own end. You subvert their stories to produce a fantasy. A fantasy where intelligent, crazy, and hot women as basically Sandy from Grease. To be fair, I have the same exact beef with "Scott Pilgrim vs. the World" (the movie, not the graphic novel) and that's still one of my favorite movies. I guess, I'd forgive you more if you had just made a better movie.

So if the much rumored women of DC film is going to happen, please do not take on the project.

PS- The average PhD is 33 years old when they graduate. Don't perpetuate the idea that grad school is easy. It isn't.