Why I Stand
Odyssey 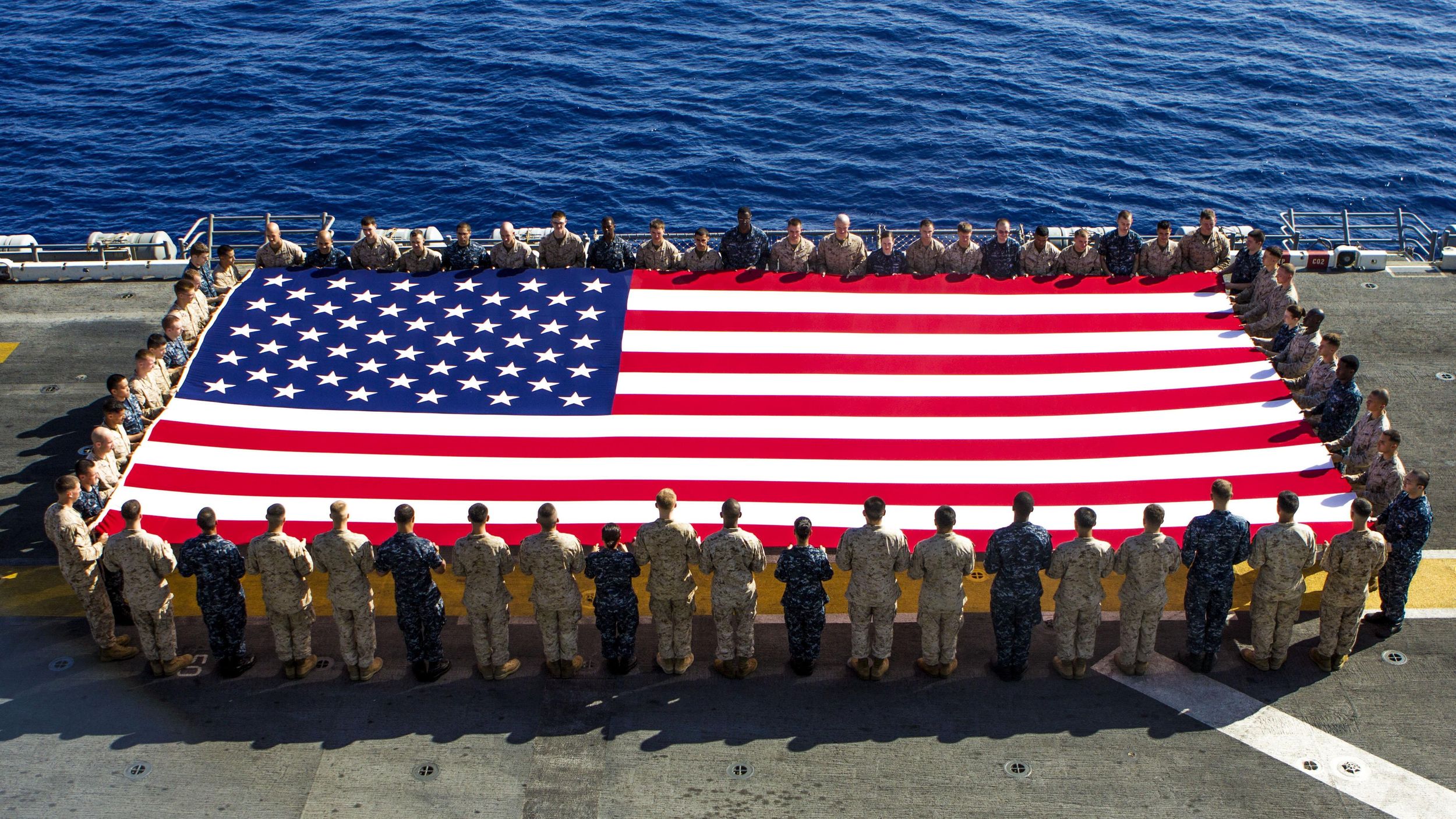 This past week there has been a lot of talk about the “take a knee” protest in the NFL. I, along with many, have found this to be extremely disrespectful. We are all Americans here, do we not remember what this flag means to our country?

When I was around 5 or 6 years old, I was taught that the flag is the symbol of freedom for our country; that it should never be flown upside down, that it should never touch the ground, that you are to remove your hat and put your hand over your heart and look at the flag when the anthem is playing, and once it starts to get old and frayed it should be disposed of properly and a new one is bought. I learned this as a child. Is it because I grew up with family members who are veterans, and in the military presently? Is it because my dad was a boy scout and they were taught all of this? Is it because my family is patriotic and takes care of what symbolizes our country; all are true.

In kindergarten, my morning began with a prayer and the pledge of alliance and “Grand Old Flag”. We learned the song “Grand Old Flag”, which states “you’re a grand old flag, you’re a high flying flag, and forever in peace may you wave. YOU’RE THE EMBLEM OF THE LAND I LOVE, THE HOME OF THE FREE AND THE BRAVE”. As I got older I learned the national anthem, which was sung every morning in the beginning of school, at baseball games, basketball tournaments you name it everyone was on their feet. Facing the flag with their hand over their heart. There was never a question to why this was done, we just all knew that it was the respectful thing to do. When did that change? When did our flag become something that you can toss on the ground and not salute and show pride in our country? Sure, our country may not be perfect and there are issues, but when did disrespecting it become okay? (Just a heads up our country was never perfect, is not perfect now and will mostly likely never be perfect because guess what perfect doesn’t exist!)

The flag has a history, a long past that symbolizes the journey that we as Americans have overcome. The American Flag became our nations flag on June 14th, 1777. The colors Red, White and Blue all stand for something: Red stands for courage in battle and hardiness (the ability to endure difficult conditions), White stands for purity and innocence, and Blue stands for vigilance, perseverance and justice. All things that symbolize America. All things that people fought to have, died to have, and today we are here turning our backs and kneeling while it waves for our freedom. The flag has a history, but what makes it special is the national anthem that goes along with it, that along with the flag was disrespected by those kneeling in protest.

Our national anthem was written by Francis Scott Key after he had witnessed the attack in Baltimore at Fort McHenry, during the War of 1812, in which after the brutal battle the American flag was still waving. Each line in that anthem speaks of what the flag had withstood during this attack and what Key had witnessed and was relieved to see flying the morning after.

The flag has nothing to do with color. The only colors it sees are the red, white and blue. It sees people of one nation. Maybe a nation that’s a little messy, but a nation in which people are supposed to be united. A nation where all colors, all races, all backgrounds are fighting to protect and keep free. So, by kneeling in protest, your disrespecting all of them and all that they give and sacrifice for this country everyday and you don’t have the decency to stand and salute them for the 3 minutes that the anthem plays. That’s wrong.

I stand during the national anthem not only because of the history it holds for our country, but for who are fighting for our country. I stand because during the attack on 9/11 the flag and its freedom is what people clung to, what they put all their faith into. I stand for the flag that covers the coffins of those we lost while fighting for our country. There’s a song and the first line is “American girls and American guys, will always stand up and salute, will always recognize when we see Old Glory flying, there’s a lot of men dead, so we can sleep in peace tonight while we lay down our heads……” this line holds true, and is from a song that I’ve known since I was a kid. The flag and our anthem is more than a piece of cloth and lyrics to a song, it's our symbol of freedom, what we put faith in, what people sacrifice their lives every day to protect. And if you’re not willing to stand and respect what it symbolizes that’s wrong especially if you have family fighting for what this country believes in.

Caitlyn Morral
St Bonaventure University
3943
Wordpress
Odyssey recognizes that mental well-being is a huge component of physical wellness. Our mission this month is to bring about awareness & normality to conversations around mental health from our community. Let's recognize the common symptoms and encourage the help needed without judgement or prejudice. Life's a tough journey, we are here for you and want to hear from you.