The different Wallcrawler returns to New York on PS5 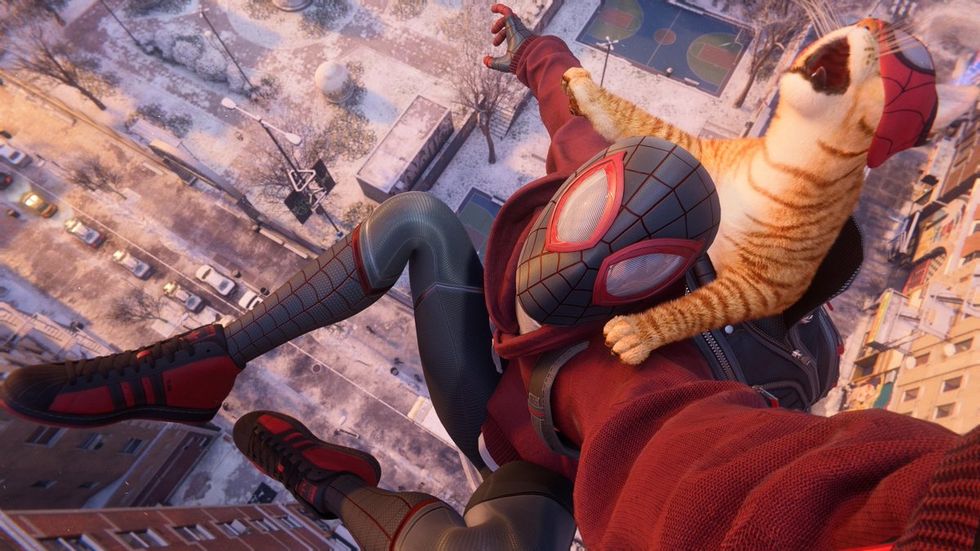 With the launch of the PlayStation 5, Sony needed to provide some Next Generation games for us to play

Throughout the last several months, Sony has revealed many new and exciting titles to experience on their new system; and the one that caught my eye the most was a particular wallcrawler from New York. When I first saw the Sony reveal "Spider-Man: Miles Morales" for the PS5, I knew at that moment I needed to secure a PlayStation 5. It's really exciting to see Miles in some spotlight, having only been created nine years ago. Now he is a household name for the most part among Spider-Men, especially after the success of his animated film "Spider-Man: Into the Spider-Verse" (2018). There is a lot riding on this game, especially since it is a mini-sequel to the first Spider-Man game on the PlayStation 4. I logged a lot of hours into the first game, somewhere around 420+ hours, according to my Analytics. My expectations are not necessarily high, but I will have a slightly harsher eye on this game. And well, my expectations are somewhat satisfied.

Miles swinging through a wintery ManhattanKakuchopurei

"Spider-Man: Miles Morales" (2020) follows seventeen-year-old Miles Morales, a young Afro-Puerto Rican teen from Brooklyn who has moved to Harlem with his mother during the Christmas season. On his off time, he swings around New York the original Spider-Man Peter Parker. When Peter decides to take a mini-vacation away from New York, it is up to Miles to protect New York and save his home. The game uses the same Manhattan map, with some added tweaks to show some progression of time. The Harlem district is where most of your operations will take place, and the overall gameplay remains the same. You'll be swinging, kicking, and punching your way through waves of gang members along with a few new added abilities. Miles's power set is different from Peter's due to his bio-electrical and invisibility, which gives a fresh gameplay style. Web slinging has also upgraded a bit, as flips and tricks are given more options allowing Miles to pose, summersault, and layback while diving through the air.

The story is shorter than the length of the first game

This is mainly due to the game not being a direct sequel; however, the story becomes longer if the player does some key side missions. This game is about Mile's journey to becoming a hero, something we usually see from these incarnations. However, the story is fresh and exciting, and I think a large part of that is to the Harlem setting. Highlighting all the characters, from NPCs to store owners, really makes it feel alive. Not only that, it makes Mile's character stronger and something to fight for different from Peter. And I think that's important, to make Miles stand out and be his own Spider-Man.

I know I will be spending hours on this game just like the first, and while I wished it would be longer and have a slightly richer story like the first – I think the job has been done for Miles. Everyone has been loving the game, and since it's so early in the PS5's lifecycle, everyone will be bringing new exposure. I think I was expecting a bit more emotional punch because Miles deserves it. Only time will tell what becomes of this game, but it is a good hold over till the next installment of the Peter Parker story, whenever that is. But until then, I will be high-fiving and dancing with the people of Harlem with Spider-Cat on my back!