A Song About Inner Battles 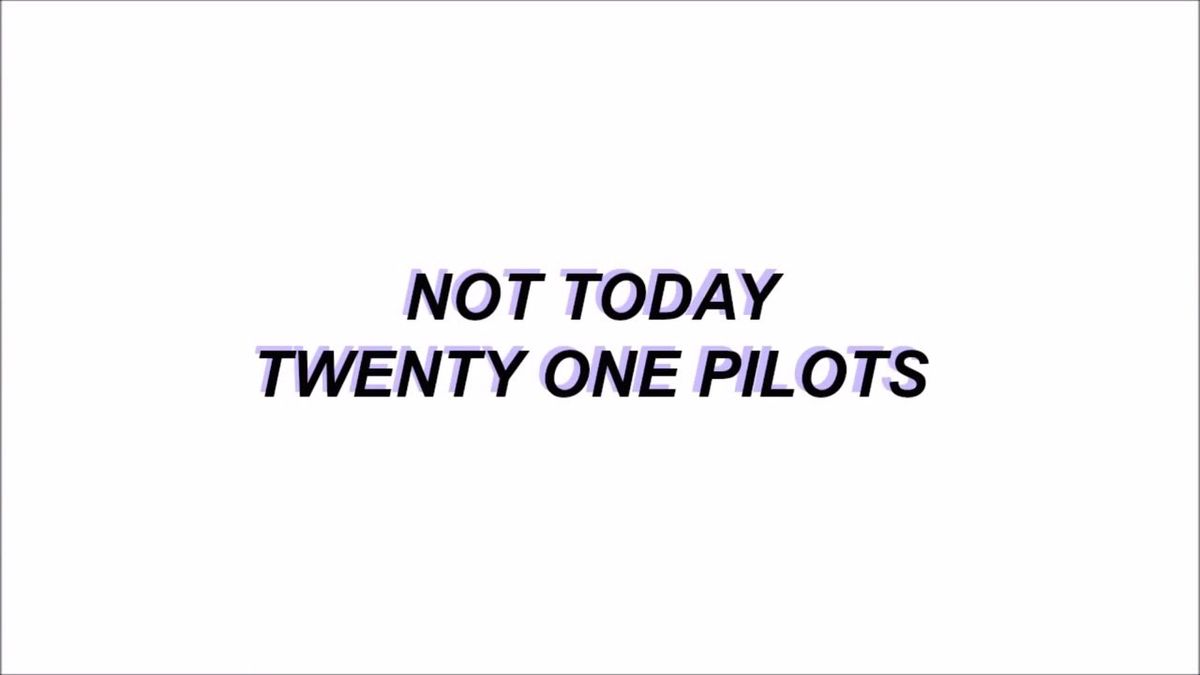 Tyler Joseph is the singer in a music duo named "Twenty One Pilots." There is a song on the famous album "Blurryface" that tends to get overlooked. It is not the common "Stressed Out" or "Heathens" song everybody hears on the radio. It is a song that should be more famous because it would make anyone feel as if they are not alone in this world with inner battles.

That song is titled "Not Today."

"I don't know why I just feel I'm better off, staying in the same room I was born in.

I look outside and see a whole world better off, without me in it trying to transform in it."

People with mental and chronic illnesses have a much worse time getting out of bed. They look and see how everybody else is not sick and transforming into their world sounds like a horrible idea. This is not a normal tired feeling, it is the feeling that the war is just beginning for the day inside of you. You already feel drained and the day has yet to begin. Of course this should not be the case, but dealing with these battles do this to a person.

"You Are Out Of My Mind.

You Aren't Seeing My Side

You Waste All This Time Trying To Get To Me

But You Are Out Of My Mind."

This is not just about the mind. This song is about anybody suffering with an invisible illness. This song is for anybody who is fighting this hidden battle and people in their lives are not understanding them. People fight everyday with these battles. Whether it is life throwing curveballs or an illness that one cannot see, there are warriors out there who are being misunderstood for their feelings inside. This song is representing how these people feel. How nobody understands yet tries to get to them. Too often this world ignores the people who are silently in pain or just attributes them to being dramatic. We need to let the people release their feelings, listen to someone.

"Heard you say, not today.

Tore the curtains down, windows open now make a sound.

Heard your voice, there's no choice.

Tore the curtains down, windows open now make a noise."

As someone who struggles and fights every single day with invisible, chronic illnesses, this song spoke to me. As soon as I realized that this song was representing every single hidden fight we are battling, mental illness or not, I immediately knew this was my favorite Twenty One Pilots song and it always will be. There are days where I feel like the first two lines of that song. I feel like some days my chronic illnesses do not want me to live my life, they want me to surrender and let my belly ache in pain, extreme fatigue, and mope around. I always maintain a positive attitude and stay brave, but sometimes warriors like us need to rest. We do need to sometimes take a step back and breathe and feel the thoughts about the diseases that we push away.

Tyler Joseph made this song for anyone struggling with inner battles. I wish I could personally thank him for the incredible song he created for fighters everywhere. Music can really put the thoughts into words we cannot and this song does just that. As soon as he sings the chorus, one can just look at whatever battle they are fighting with and see that they are not alone in this journey. Although we may all not be fighting the same battles, we all can relate to the same feelings and that we are all in this together. We are not alone and we all will be okay.

It is okay to feel this way with your mental or chronic illness sometimes, but remember to get back up.

And as Tyler Joseph always says.....