The LA Riots Of Korea Town

How Los Angeles K-town Became The K-town We Know Of Today: Sai-i-gu

What happened in Koreatown in the 1990s? 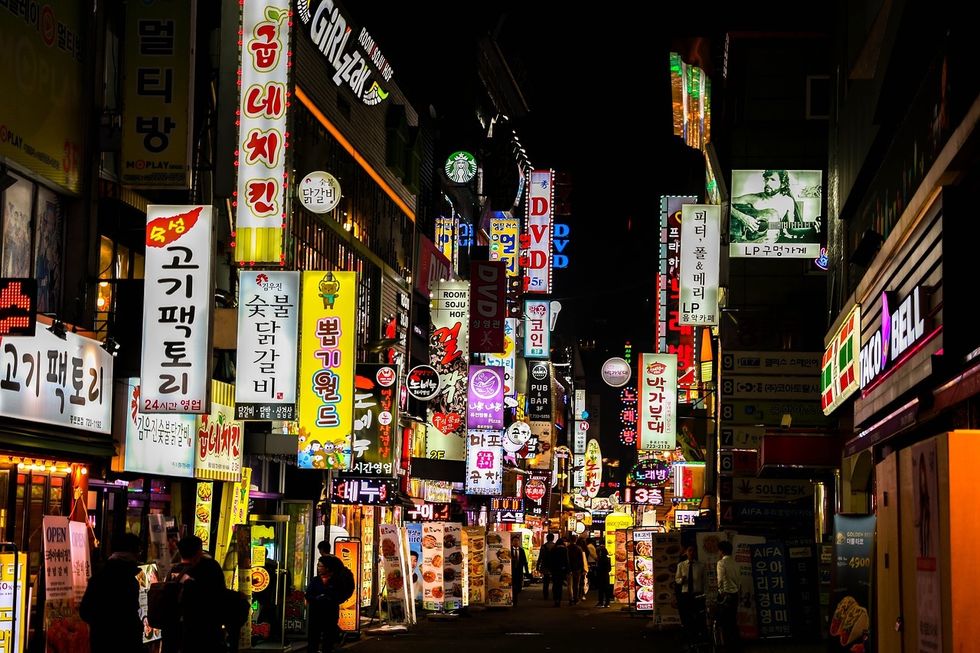 What is Sa-i-gu? To Korean-Americans, like myself, it is "April 29," an infamous date that goes down in Korean-American history as one that involved six whole days of arson, looting, and death. The catalyst that started all of this civil unrest? The beating of a black motorist named Rodney King.

Nowadays, it's common to meet some friends, eat at a Korean barbeque restaurant, and eat Korean shaved ice in Koreatown, dubbed as K-town. There are even fusion foods, such as galbi tacos with kimchi. The presence of Korean culture in Los Angeles is definitely impenetrable.

However, back in 1992, Korean-Americans had to fight against racism and fight for representation in an LA that had refused to accept them. As Korean immigrants acculturated in America by establishing their own businesses in an area that came to be known as Koreatown, they faced incredible resentment because of their successful businesses.

Prior to the riots, conflict had been arising between the Korean and black community because, as black communities sought for financial security, they sought out homes and work in predominantly white neighborhoods.

Those who had been living in those neighborhoods wanted to escape from what was seen as "ghettoization" and sold their stores at low rates. In light of that, hundreds of Korean merchants bought the stores in the areas that then became predominantly black neighborhoods.

Matters grew worse as media coverage in 1991 emerged to reveal the death of Latasha Harlins at the hands of a Korean merchant. What the media revealed was that Harlins had been shot in the head after she was perceived to be stealing orange juice. In light of Harlins' death and the merchant's light punishment, Korean merchants were heavily demonized in the media.

Racial tensions grew worse and worse as the officers, who violently beat Rodney King, were acquitted of various charges. This led to a craze of violence and looting in the streets of Los Angeles. Those who were most affected were the businesses located in predominantly minority neighborhoods, especially those of Korean-Americans.

The Korean merchants received little to no aid or protection from the police due to their low social status and language barrier, and they were forced to take issues into their own hands.

Thousands of Americans watched as media coverage showed Korean merchants fighting off looters and wielding guns to defend their businesses. Korean merchants were portrayed as an armed militia, but no one cared that they were victimized because they held no political power nor any visibility in LA.

As the Korean merchants had come to America to achieve the "American dream," the years of work in the making were burned down in six days, as their businesses were broken into and burned down to the ground.

Despite this history among Korean-Americans in Los Angeles, there is such a strong and vibrant community of Korean-American businesses in K-town that serves all ethnicities and was able to build their businesses back up from the ashes.

4 Reasons Why The Electoral College Is Unfair