Rising Roll: An Exposé on the Best Sandwiches on Grounds

Rising Roll: An Exposé on the Best Sandwiches on Grounds 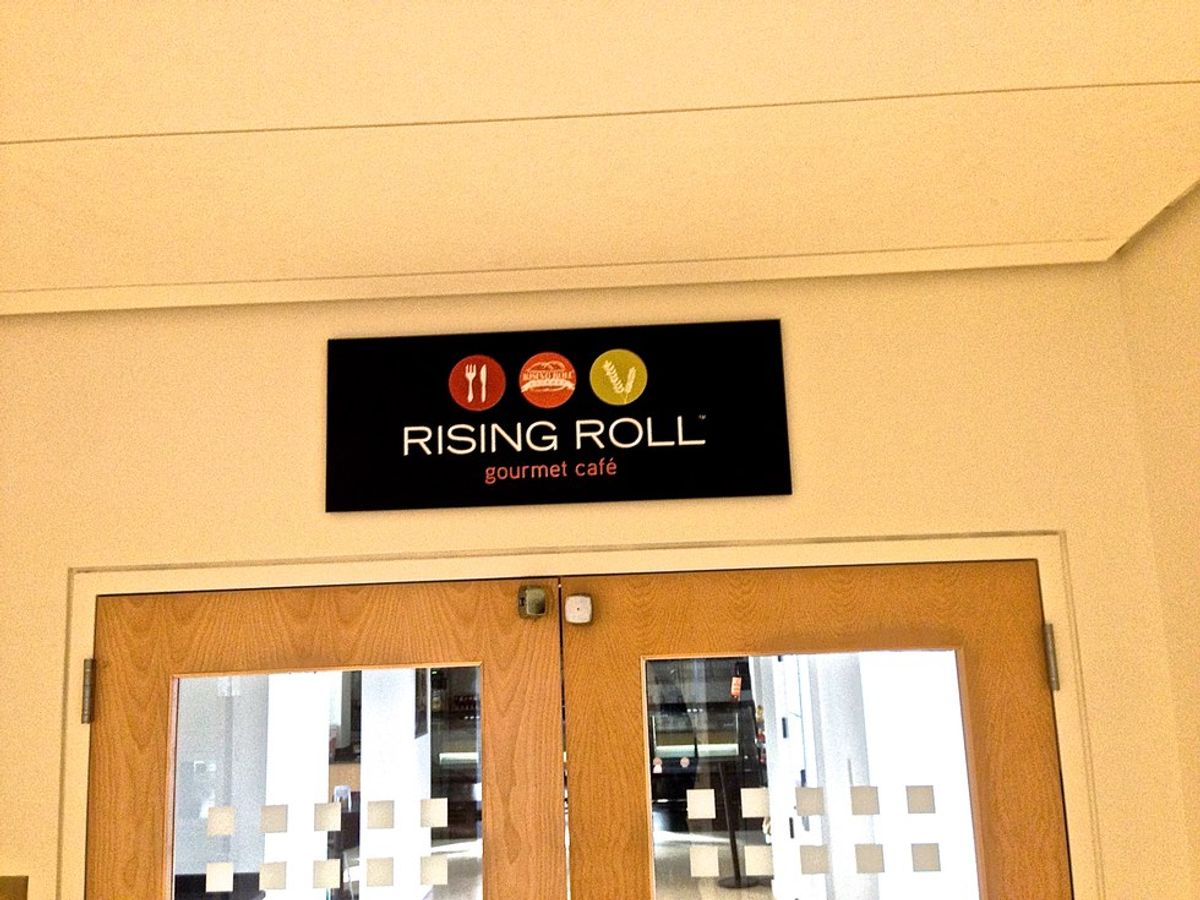 Yesterday I was strolling through the sad halls of New Cabell, when suddenly, a new wondrous smell wafted into my nostrils. At first I was surprised — was there some foreign language cuisine seminar taking place?

As I turned a corner, I saw the source of the smell: Rising Roll, the newest dining establishment on grounds. Having just left an evening meeting, I was famished and decided to stop in for a quick bite. Walking to the establishment, I was entranced by a plethora of delicious scents.

The first smell that danced through my nostrils was the Caribou Coffee. Rising Roll has decided to bring in a new challenger to GreenBerry's and Starbucks. With this decision, they are more than just another sandwich shop. Caribou Coffee has a distinct flavor that I personally enjoy.

Rising Roll also has another feature that sets them apart. When entering, they have a second line JUST for coffee buyers. This makes it much easier to stop in for a quick cup of joe.

Another great business decision is that they are open early at 7:30 a.m. This will no doubt make it a little bit easier to stay awake during those 8 a.m. discussions.

Now don't worry, if you aren't a coffee aficionado like me, their sandwiches are also to die for.

As soon as I awoke from the Caribou Coffee coma, a second scent took hold of my mind. Rising Roll also features gourmet sandwiches. When I entered the line I was initially overwhelmed by the menu choices. The wraps, hot sandwiches, and cold cuts all drew my attention. I ended up picking a Chicken Salad Sandwich. It featured a delicious chicken salad, apple slices and possibly bacon — my memory gets hazy after the first glorious bite. After putting in my order, and some friendly back and forth with the employees, I was surprised yet again. Instead of pulling the sandwich pre-made out of some fridge, it was made fresh right in front of me.

In the interest of fairness to other on grounds dining establishments, I should mention a few drawbacks. Unfortunately, Rising Roll only accepts plus dollars. Hopefully, some meal exchange option can be worked out in the future, but for now its plus or cash. Secondly, being sandwiched in between New and Old Cabell hall makes the space quite cramped. Also, it will be interesting to see how New Cabell fairs with the increased foot traffic. I don't want to see something like the Newcomb lunch rush snaking through the building.

Overall, I am excited to see a new dining establishment open its doors on grounds. Especially in the South Lawn area, I have been getting increasingly tired of Starbucks and their “scones." So far, it seems that Rising Roll holds up to their claims of gourmet sandwiches. I cannot wait to get my hands on another one.
Report this Content
This article has not been reviewed by Odyssey HQ and solely reflects the ideas and opinions of the creator.