The Phoenix City Council rejected a proposal for a Black Lives Matter Mural in downtown Phoenix. But Gizette Knight says this is not the end. 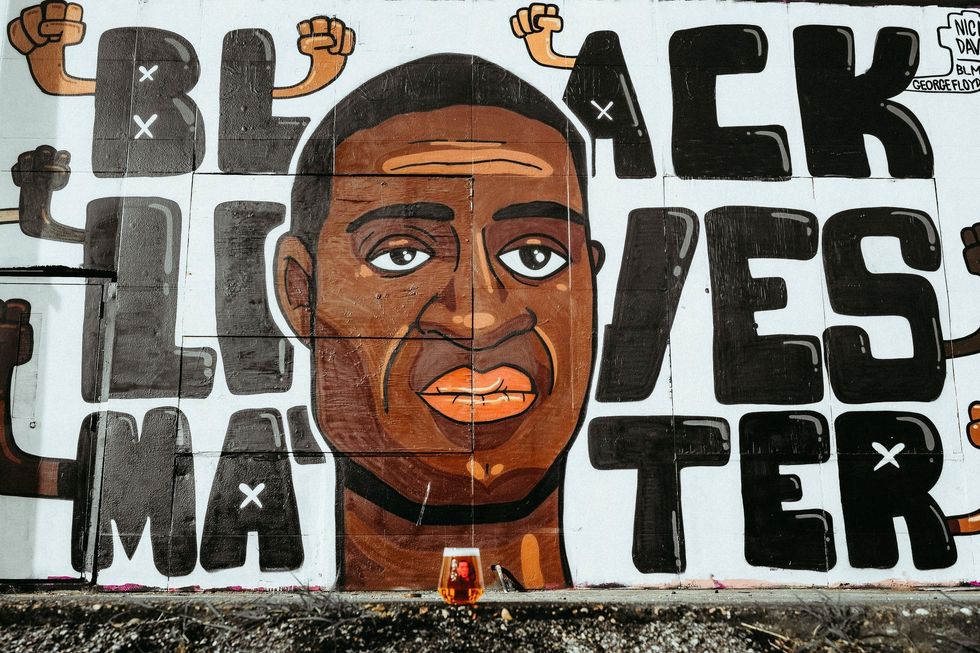 Photo by Josh Olalde on Unsplash

Community organizer Gizette Knight, CEO of Reality Dreams LLC, is not giving up on the Phoenix City Council's rejection of the Black Lives Matter mural.

According to News 4 Nashville, a mural project in Nashville, Tennessee, has been forming since June. The construction of the mural on October 17, in honor of Black Lives Matter.

In Oklahoma, the Tulsa City Council voted to remove the Black Lives Matter mural on October 5. According to KTUL, the council said it would relocate the mural, not remove it. However, a new location has not been announced.

Knight said the councilmember put her in contact with people that would make the project happen. The person Knight spoke to is the director of Phoenix Streets and Transportation, Kini Knudson. The idea was to launch a street mural pilot program. The program would allow artists to install the mural as a pilot to see if the city likes it.

If the pilot program received approval, the mural could be painted. However, the community would have to pay for the cost of the installation. Knight has already raised enough money to construct the mural and help with its preservation.

At a Phoenix City Council meeting on September 2, the Phoenix Transportation, Infrastructure and Innovation Subcommittee was planning to discuss the mural project. Before the subcommittee's meeting was set to begin, the project was pulled from the agenda at the request of the subcommittee members.

The proposal for this project was eventually denied by the City Manager, Ed Zuercher, in a letter to Knight. Zuercher said that there are concerns about safety and risks for markings on streets in the letter.

Knudson said that city staff wants to make sure that people driving or walking in the roadway know what to expect when using it.

During meetings with the city staff, Knight said that questions came up about safety concerns. Because of this, they decided to move the location of the mural to a safer street. The location they decided on was Third Street in downtown Phoenix near Talking Stick Resort Arena.

In her last meeting with the city staff, Knight said that Knudson was comfortable with the new location for the mural.

"When we left the meeting, it looked like we were moving forward with the project," Knight said.

The idea behind the mural

Since June, Knight has worked weekly on the mural project. She acquired five artists to paint a mock design for the mural.

The design of the mural would include a "Black Lives Matter" statement and portraits of former U.S. Rep. John Robert Lewis, César Estrada Chávez, and Dr. Martin Luther King Jr.

"These three people were chosen because they were each from different walks of life, background, and location," Knight said. "They all fought for the same cause – equality and unity."

Because the symbolism behind the mural is unity, this mural was supposed to be a unity project. Knight said the plan was to bring in 100–150 community members to help the artists with the paintings.

Art has always been a form of uniting people. The mural was supposed to do that for the community. Knight said when communities fight for injustice, by marching and protesting, they are doing it on the streets. That is why the location for the mural is on the street.

"When we are fighting for freedoms, we take it to the streets," Knight said.

Every week, Knight is working with her community members to move forward with the mural. They refuse to let the city's decision be the end of their project.

"The city has shown us multiple times that they do not support us," Knight said.

Now, the plan is to make this a community project funded by the community.

"This was a start, this was never the end," Knight said.