It may not be an 856-year-old cathedral, but it is vital to our environment by absorbing massive amounts of carbon dioxide from the atmosphere. 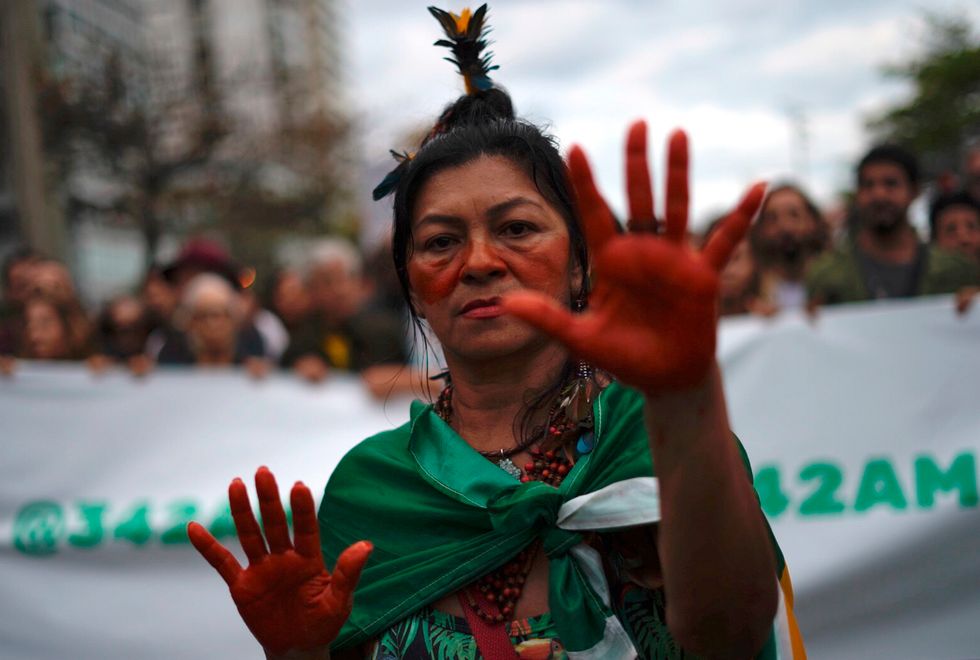 Over the last three weeks, the Amazon rainforest, a diverse ecosystem that is vital to our survival as humans, has been on fire with little to no media coverage of the event. These fires were started by farmers who were preparing Amazon-adjacent land for next year's planting.

Brazil's far-right president, Jair Bolsonaro, and his government have scaled back the efforts to fight illegal logging and ranching. He promised in his campaign to open up the Amazon to commercial exploration, and not even a year into his term it is already happening. According to the government agency that tracks deforestation, the Amazon has lost more than 1,330 square miles in the first half of 2019.

The Amazon is often referred to as the "lungs of the Earth," due to its vast size, and how much carbon dioxide it absorbs from the atmosphere, and replaces it with oxygen.

Smoke from the fires is covering cities in Brazil in hazy fogs, giving a post-apocalyptic feel to them. These fires were not a cause of global warming; they were, by and large, set by human hands. But global warming plays a big part, fires can burn hotter, and longer.

As humans, we have failed this planet, as seen on the internet "there is no planet B," this is the one planet we get, and we are screwing it up royally. Plastic covers beaches and oceans, which chokes wildlife, and we tear down forests to replace them with suburbs and high-rises.

When did we stop worrying about our home, and become obsessed with ourselves? Animals are starving, polar ice caps are melting, and some people still believe global warming is not real. Our planet is dying slowly around us, and we continue on with our lives as if nothing is wrong.

When the Notre Dame cathedral went up in flames in April everyone, from ordinary folks to billionaires, pledged more than $1 billion to rebuild the historical masterpiece. What about stepping up to rebuild our environment? To find alternatives to plastic packaging, reduce our carbon footprints on the Earth, and be more conscious of how our actions affect the environment?

We are so focused on preserving our history as the human race, and neglect to see that if we don't take care of our home, there will be no future generations to see our history.

Our priority should be preserving our environment for the wellbeing of those who will come after us- whether that's twenty, fifty, a hundred, or a thousand years from now. There will be nothing if there is no environment.

As humans, we have to step up and do more. Do more to preserve the amazing animals we have on this planet, preserve the oceans for us to enjoy, reduce our use of fossil fuels, and stop releasing carbon dioxide that can cause the polar ice caps to melt.

We need to do more, we have to do more. Our future and the future of the generations to come will depend on the actions we take now.