R. Kelly, It's Time To Stop Playing The Victim

This victimization act has to come to an end. No one is buying it anymore. 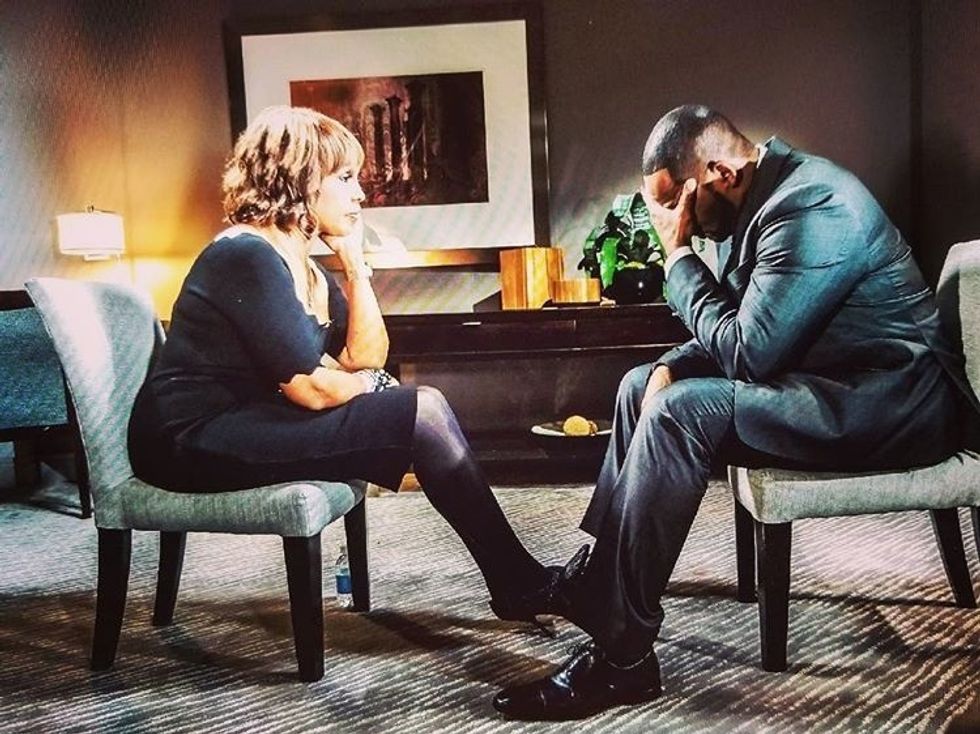 Recording artist R. Kelly has been the topic of many news stories as of lately. With Lifetime's release of "Surviving R. Kelly" at the beginning of 2019, Kelly's wrongdoings have once again been brought into the limelight. And rightfully so, as many younger generations may be unaware of just what atrocities the artist has been accused of.

Growing up, I always knew who R. Kelly was because I would hear his music on the radio all the time. While his songs were catchy and reminiscent of my childhood, I know, as a young woman who knows of his accusations, I am disgusted by his lyrics. This is not to say his songs are all about his criminal accusations, but knowing the truth as to his character makes them uncomfortable to listen to.

Recently, R. Kelly appeared on CBS to discuss his most recent aggravated sexual abuse charges. And he came out swinging.

The interview with Gayle King depicted R. Kelly screaming and cursing about how he is a victim of social media slander. According to Kelly, "all you have to do is push a button" to start a rumor on celebrities nowadays. And while this is true, R. Kelly has been accused of having sex with minors for years. These allegations are nothing new. They were there before social media and are being made even more relevant with the introduction of newer media outlets. Social media is not the reason for these allegations, he is. He chose to sleep with minors, he chose to tape their sexual deeds, he chose to keep young women locked away from the world.

While many of the women may have lied about their age, it is still your responsibility to obtain consent and to be cautious.

You would think after all of the accusations coming out at the beginning of the scandal, he would heed this warning. What excuse can he come up with for holding women in captivity? How can he explain the numerous accounts from women held in captivity? Numbers truly do speak volumes, and when so many women have come forward with similar stories, it becomes hard to deny. To say that R. Kelly and these women "have a relationship," as stated by Kelly himself, when he dictates everything they do, including when to eat and where to use the bathroom, is disgusting. That is not a relationship, that is manipulation and brainwashing.

"Surviving R. Kelly" truly brought to light events and scandals that many people may not have even known about prior to the release of the series. However, Kelly's recent allegations are for a different video that was turned into prosecutors, which involves sexual actions between R. Kelly and a 14-year-old girl. Because the actions in the video are different than the original video, double jeopardy has been enacted toward Kelly. Despite Kelly thinking it's "not fair" to do this to him, it is completely lawful. It's about time he gets what he has coming to him, especially since he pleaded not guilty to his previous charges (which I guarantee he truly committed).

R. Kelly is sick and needs some kind of help. No stable person would think actions such as the ones he committed are morally right.

It's time he stops playing the victim. If countless women are coming forward with similar stories and experiences, that should tell you everything you need to know. Even if the monetary gain were the motives of some of those coming forward, what gain is there in re-living sexual abuse? What gain is it to have to recount one of the worst experiences they've ever had? What gain is it to remember a traumatic event their mind has tried to bury away? There isn't one.

Abuse is abuse, and until he realizes his actions happened and they are not acceptable in any form, R. Kelly will continue to be a repeat offender. His time of being the "victim" has to come to an end.