Quick Talk: Food and Pilot Light With Jason Hammel
Odyssey
CurrentlySwoonLifestyleHealth & WellnessStudent LifeContent InspirationEntertainmentPolitics and ActivismSportsAdulting
About usAdvertiseTermsPrivacyDMCAContact us
® 2023 ODYSSEY
Welcome back
Sign in to comment to your favorite stories, participate in your community and interact with your friends
or
LOG IN WITH FACEBOOK
No account? Create one
Start writing a post
Entertainment

A brief interview with chef and owner of Lula Cafe, Jason Hammel. 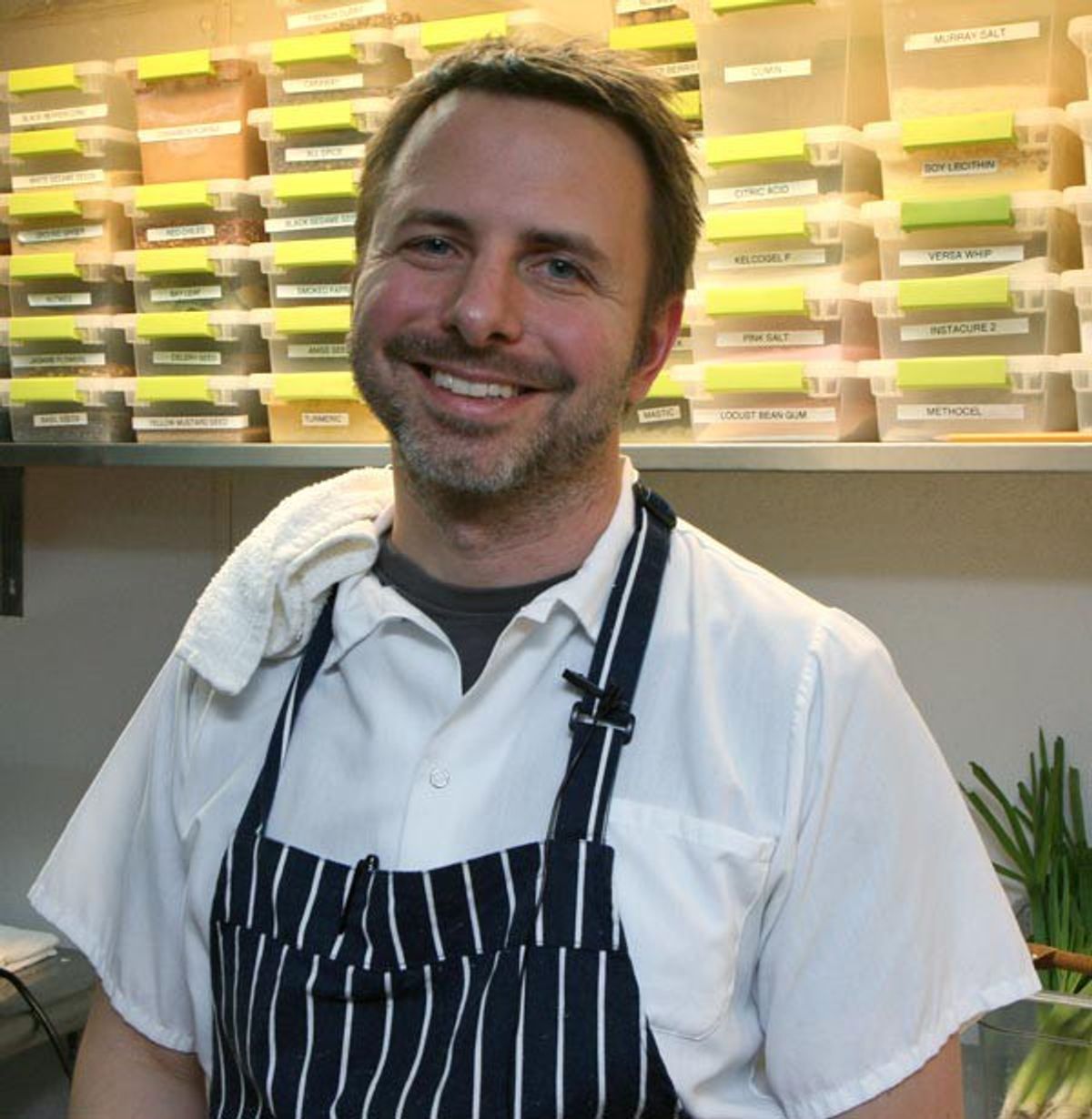 With an endless amount of interesting people to interview, I set my sight on Jason Hammel, the chef and owner of Lula Cafe, located in Logan Square. Hammer is not only known from Lula Cafe’s longtime presence in the Chicago “foodie” and cooking community, but also from co-creating the non-profit organization Pilot Light for Chicago’s communities in educating elementary schools about food, the natural process of it and the healthy choices they’re able to make in their lives as an act for Michelle Obama’s nationwide "Chefs Move to Schools" campaign.

As his busy schedule includes long hours at Lula Cafe, along with many other matters, I was very fortunate to visit him briefly to discuss about Pilot Light’s future and some of his learned wisdom while in the food industry to offer those who would like to follow similar footsteps into a successful career.

So, I understand that both you and your wife earned degrees outside culinary arts with almost no formal training, but through passion, and working at various cafes and your grandparents’ restaurants, paved your way into the industry. Have your earlier years spent at your grandparents’ restaurant made an influence through the dishes you create at Lula?

No, I don’t think that in terms of their cooking. But in terms of their work ethic and their notion of making it on your own, figuring [things] out and always fixing problems when they come up instead of passing them on to someone else–I think I learned that from them.

I appreciate your mission in supporting local farmers and the overall lifestyle of knowing where the food you eat comes from. Did your childhood always consist of this as well?

No. I mean, I’m 44 and I grew up in the 70s and 80s and there wasn’t any local food. I mean, it was pretty standard fare and pretty boring, like the actual vegetables and fruits, things that we ate. So, no, this is a total adult discovery; nothing from my childhood, spare me from this.

So, around six years ago, there were four of you who wanted to educate the younger community about food, which became Pilot Light. How did that happen?

It happened because about eight years ago, Michelle Obama had an initiative called Chefs Move. And she called upon all the chefs. They were asking the chefs to get involved in their local schools and we as a community [in Chicago] weren’t sure how to do that, so Pilot Light was formed out of a desire to find a way for chefs to get involved in schools that would matter. And so a group of chefs came together and in a grassroots way, organized and took over the school, took over the lunchrooms and took over the classrooms for a day and that’s what created and transformed the program and got the chefs involved, and it took off from there.

How long did it take to prepare before Pilot Light chefs were able to visit the classrooms?

Well, it was pretty organic in its growth. Seven years ago, we started at one school and then we only did it once or twice, then we started to do it more frequently. Then we would add schools, add grade levels, add chefs and now it’s a much bigger organization.

Do the ingredients you use in the classrooms come from local farmers as well?

Often yeah, as much as possible. The lunchroom work is still pretty minimal right now and we’re still trying to find partners to be able to have a bigger impact in lunchrooms in the city. There are hundreds and thousands of kids to be fed and we don’t have the capacity to do that right now.

Is there a certain method or activity, that you notice, never fails to get kids excited about healthy eating?

I mean, kids like hands-on, and things they get to taste. Kids also like to be grossed out even though they pretend that they don’t. So, if you bring in, like, raw meat, a fish head or a weird looking fruit that looks gross but tastes yummy, kids like that kind of stuff.

What do you hope for Pilot Light’s future?

So, our plan is to become a space where we connect culinary creatives and education creatives; try to break through the sort of like, stagnant education patterns and feelings that kids feel bad about school. So we’re hoping to bring back some sort of energy and excitement by bringing food into the classroom. Furthermore, the real mission is to connect other eyes that wouldn’t be connected, [and to] give better [to those] of different class backgrounds or racial backgrounds or different reading levels, or whoever feel separated in their classrooms to each other. We want to bring them together by connecting them to what they’re all learning through something that they all do and love to do which is to eat and make food.

My advice is to communicate, so not expect people to understand what it is that you want, even it it doesn’t bear repeating the thing that you want and even if it makes the noise for people to say it. I mean honestly, when there are bad things to tell people and hard truths to actually say them, that’s always harder for people to do and it’s been hard for me to do, so I think those are the most important to know.

Nicole Marie Nigro
Individual Creator
6839
c1.staticflickr.com
Where to start...... Let me start with the cliche that life throws us curveballs and what we do with it is what counts.