Bored of waiting for Pokémon Sun and Moon? Maybe it's time to check out some fan games. 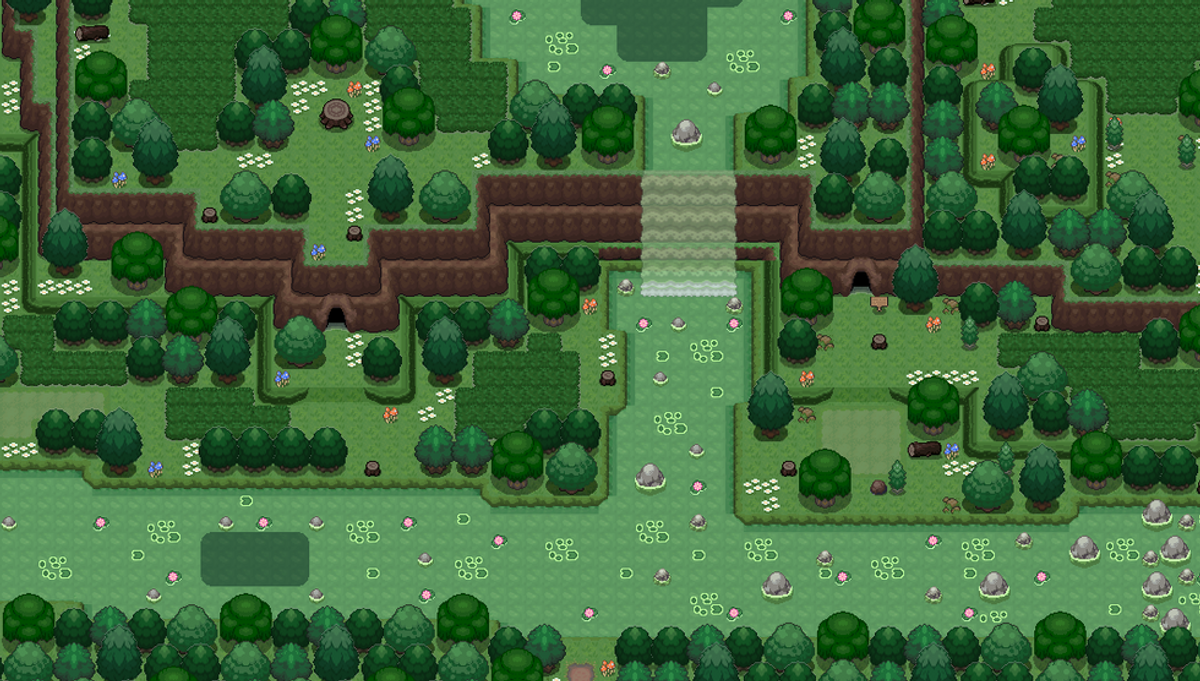 If you're a Pokémon fan and a fan of fan games, chances are you've heard about Pokémon Uranium.

Pokémon Uranium is a Pokémon fan game that's been nine years in the making. The team released the game (playable on PC as a .exe file) on August 6th, and it's been getting quite a bit of buzz within the Pokémon fan community.

This game takes place in the new region of Tandor, and while it's very much like the official Pokémon games, it has several new twists. For one, when picking your character, you have 3 options -- a male, a female and a gender neutral design -- rather than just "boy" or "girl," and you are referred to in the game with they/them pronouns.

For another, the story starts a little differently, too. You are the child of a Pokémon Ranger and a nuclear scientist, the latter of whom is your mother who disappeared during a nuclear reactor meltdown ten years ago. You live with your elderly aunt, and your Pokémon adventure starts because you are working for Professor Bamb'o (the local Pokémon Professor) to help support yourself and your aunt.

Another difference is that you can readily see your Pokémon's EVs and IVs. Effort Values (EVs) and Individual Values (IVs) are usually hidden stats in the official Pokémon games, but in Pokémon Uranium, these are visible in the regular Pokémon stat display. This is pretty useful if you're a competitive player; for the rest of us, it's not that important, but it's still cool to be able to see.

Another additional feature is the option to play in Nuzlocke mode. The Nuzlocke Challenge is a set of self-imposed rules players follow to make the Pokémon games more challenging, but in Pokémon Uranium, the game itself enforces some of these rules in the Nuzlocke mode. You're asked before you start a new save file whether you'd like to play in Normal or Nuzlocke mode, and from there you continue.

Pokémon Uranium features 150+ new unofficial Pokémon (though there are some Pokémon from the official series, such as Mankey, present in the game), and of course the game is free. But the official download links have had to be taken down. (Nintendo isn't really known for being kind to fan works.) The game developers explained this in a statement on their site:

"After receiving more than 1,500,000 downloads of our game, we have been notified of multiple takedown notices from lawyers representing Nintendo of America. While we have not personally been contacted, it’s clear what their wishes are, and we respect those wishes deeply. Therefore, we will no longer provide official download links for the game through our website.

"We have no connection to fans who reupload the game files to their own hosts, and we cannot verify that those download links are all legitimate. We advise you to be extremely cautious about downloading the game from unofficial sources.

"We are blown away by the response this game has received, and we thank you all so much for your outstanding support. We will continue to provide Pokémon Uranium-related news and updates through our official channels.

"You are welcome to continue discussing and sharing content related to the game on our forums and Discord, where there is a very active community.

"Thank you for reading, and let’s share the love of Pokémon!"

That's a little disappointing if you wanted to play the game to alleviate the wait for Pokémon Sun and Moon's release on November 18th, but there are links out there, if you still want to play. Of course, do take the Pokémon Uranium team's warning if you try to look for it.

If you don't want to risk all of that, though, I'd recommend Pokémon Sage, another Pokémon fan game that's super fun (and that I've been playing all summer), though of course it doesn't have the unique features Pokémon Uranium offers.

That being said, enjoy whatever game you choose to play, and good luck catching 'em all.