An Open Letter To A Fellow Saint
Odyssey
CurrentlySwoonLifestyleHealth & WellnessStudent LifeContent InspirationEntertainmentPolitics and ActivismSportsAdulting
About usAdvertiseTermsPrivacyDMCAContact us
® 2023 ODYSSEY
Welcome back
Sign in to comment to your favorite stories, participate in your community and interact with your friends
or
LOG IN WITH FACEBOOK
No account? Create one
Start writing a post
Politics and Activism

An Open Letter To A Fellow Saint 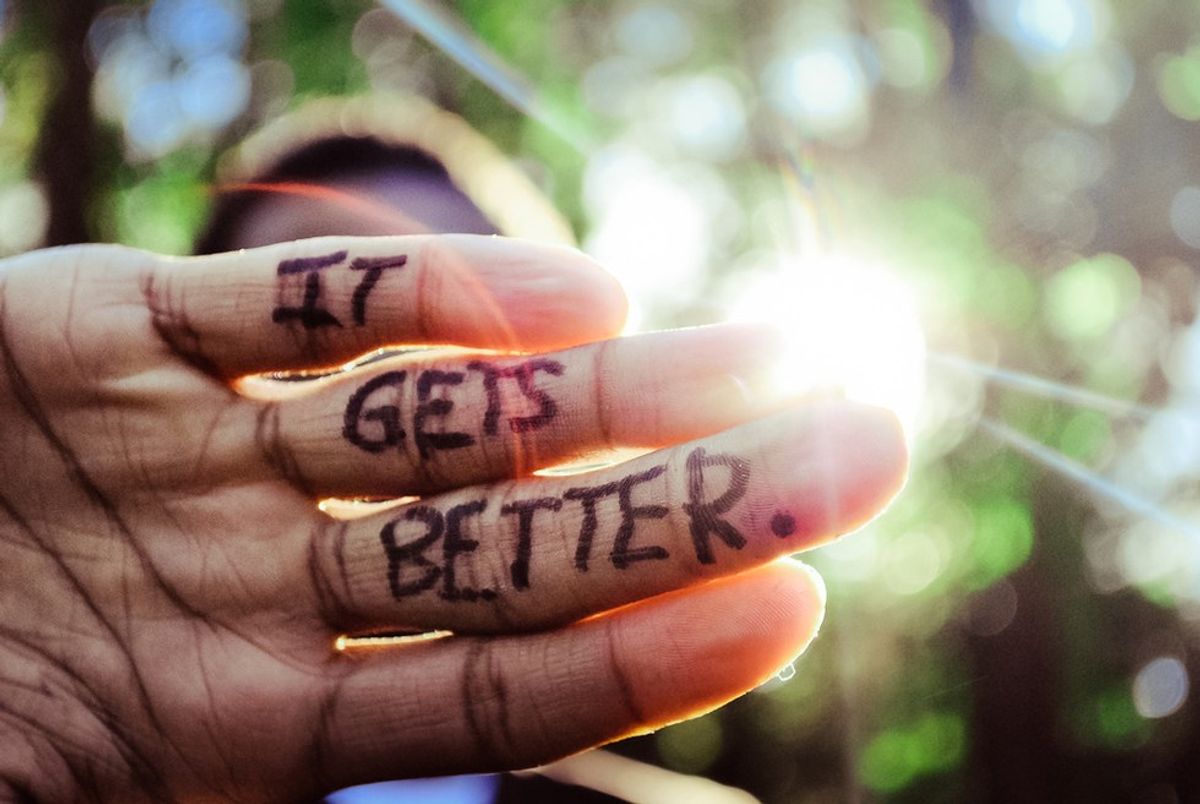 You'll have to forgive the open letter format, but I don't have a way to contact you directly (that wouldn't be totally sketchy).

First and foremost: Congratulations! I am so happy that you came out. I am so proud that you looked into yourself and took this amazing, difficult, daunting, fulfilling step forward in your life. That, dearest, takes so much courage and faith in yourself. Never stop being proud of this moment.

Second, I'm reaching out because almost ten years ago, I was you.

A fresh-faced, Catholic kid from a conservative city with hope for the future and a sense of myself I was just starting to formulate. It was exhilarating. It was insane. And, sometimes, it was lonely.

Now, this is where I could go all wise, old (a term to be used loosely here) gay man of the mountain and say you're wrong about Carroll, that there are LGBTQ+ resources on campus, and that Montana's not the most conservative state (we're actually a delightful shade of pundit-confounding purple, ask Dr. Parsons about it).

Okay, so I said those things, but it was quick and painless. Ish.

I'm glad you reached out to Campus Ministry as much as I am sorry you did. These young leaders of faith are supposed to support all students in questions of faith, but sometimes, they can't get past their own narrow viewpoints to do that. They couldn't back then, and apparently still can't now. This doesn't mean they are bad people, just immature or scared or (poorly) opinionated.

So, the good news is that it's not your fault, it's there's. The bad news is, this doesn't change. I've worked with enough folks on LGBTQ+ issues to know that for every amazing ally, there's a human brick wall. Still, you attempted to start a dialogue, which is great.

It doesn't mean give up. It does it means change tactics.

It means you should focus on finding other students or faculty or friends who will talk to you about your concerns or issues. You could start with the Carroll College Gay-Straight Alliance, led by Ms. Chelsia Rice.

You could talk with some of the most dedicated and supportive faculty I've ever worked with, like Doctors Jeannette Fregulia, Kay Satre, Elvira Roncalli, or Deb Bernardi (basically anyone in the English Department, though there are plenty in other departments too).

The Carroll College Talking Saints are a stellar (if eclectic) group of open-minded folks who have hosted a pantheon of LGBTQ+ members and alumni.

Want to get off campus? Helena offers a number of great groups with resources for anyone with a passion for LGBTQ+ rights, such as the Pride Foundation or the Montana Human Rights Network, as well as a number of gay men's groups who offer support and community outside of the college on the hill.

Really, there a lot of options out here and on campus to help you make every moment you have at Carroll times that you'll treasure, or at least one that you can be proud of for years to come.

Now, this may sound a like a little bit of a hand slap, but it's not. It's a wake-up call to all of us who have fought before to keep our victories and resources visible, and to you new guys that sometimes, you have to dig a little deeper to find what's out there.

Don't let a few missed connections and badly formed worldviews dampen your faith in your choice of college, your friends, or yourself. Because it gets better. Carroll can get better. I personally know both of those to be true.

Your desire to see that change happen is what my boyfriend calls his “hope for the future.” If you can see the opportunity, then so, someday, will others.

So, in closing, I want to say, “Keep fighting.”

These are the moments, the rallying cries, and the times when the world hits that tipping point and keeps us moving forward toward the future and equality, but only if you open your eyes to all the opportunities around you and keep reaching.

These moments aren't just for school, love. They're for life.