From a snake into a butterfly. 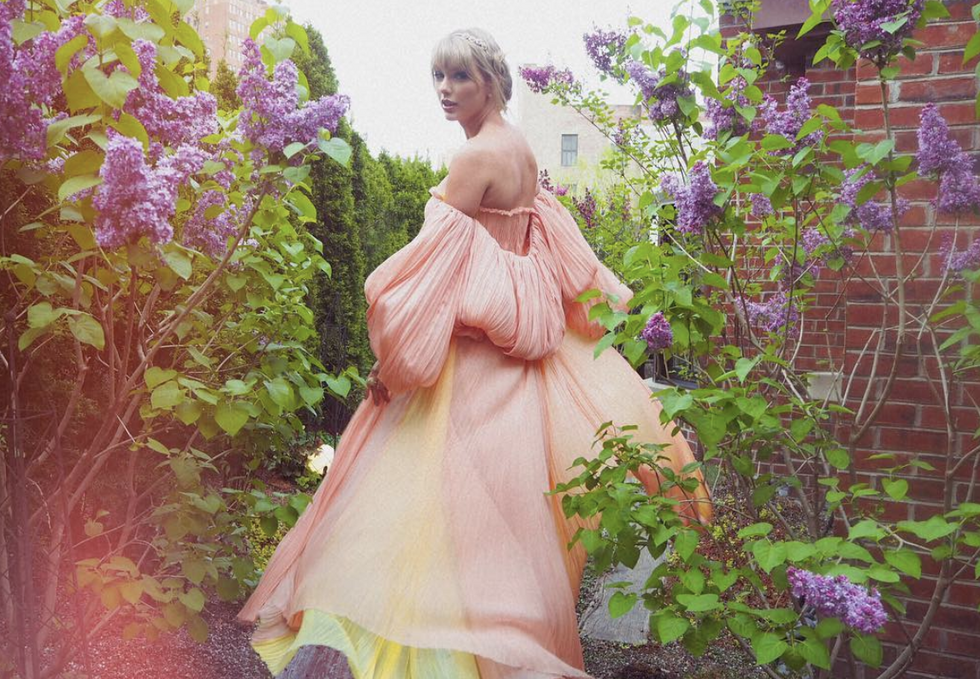 Last year, I wrote another article praising Taylor Swift. At the time, Taylor had just released her album titled "reputation" which contained spiteful songs that attempted to take down all of Taylor's haters. Throughout this Taylor Swift era, the image of a snake was capitalized throughout Taylor's stadium tour, and it was an allusion to Kim Kardashian and Kanye West's feud with Taylor, calling her a "snake". In the moment, I thought that this was the best Taylor Swift I had ever seen, but I was way off. Sure, I like angry break-up songs to scream in my car with the windows down just like anyone else, but there was something about this "snake" image that I was never 100% agreeing with.

As spiteful, as angry, as sassy as Taylor seemed to be throughout "reputation", her true self was still underneath. While she seemed to throw away all care in the world for what people said about her, she was "Delicate" on the inside. To the people she cares about most, especially her family and friends, Taylor was not nor did not want to be a snake. While I praised Taylor last year for her work of art, I forgot how many ways I related to this album. There were times when I was tired of what I assumed my reputation was, where I felt as though the pressures of negativity and the outside world had forced me to become someone else and I was begging for people to "look what [they] made me do". But the truth was, they did not make me do anything, it was always me.

In a similar way, Taylor's new album "Lover", which is to be released by the end of August, focuses on a different aspect of Taylor. Instead of narrowing on an ominous serpent as the image of the era, "Lover" shows the beauty of butterflies. As a "Lover" of symbolism, I interpreted the butterflies as a vision of positivity and growth. Finally, Taylor has moved on from the dramas of her past and is focusing on the inner beauty she and her art can give to the world. The first two singles that have been released off this new album, "ME!" and "You Need to Calm Down", showcase Taylor's radiant positivity and support.

"ME!" is not your average Taylor Swift breakup song. After all the tabloid headlines and critiques about Taylor's swarming love life, Taylor has finally zoned in on a different approach to love, even an ending love. When I first heard this song, I was surprised to listen to its lyrics. A cheery, upbeat song with both edgy, sassy remarks and positivity. This song embraces the meaning of both people in a relationship being extremely unique, and it is not that breaking up with someone will show how much of a loss it is on their part because I am me and no one else is but vice versa. Appreciating both people in relationships, and who better than a duet partner such as Brandon Urie from Panic! At the Disco to emphasize on this? Plus, the music video shows the positive, colorful vibes that "ME!" and the new Taylor has to offer. And I am loving it.

"You Need To Calm Down" is a necessary anthem, especially during Pride Month. By calling out hate from homophobic and anti-gay protestors and online trolls, Taylor is able to not only respond to such negativity but do it in a way that shows her love and care for all people despite their political or religious ideologies. Additionally, this point emphasizes how people who are overt homophobes and have nothing better to do but than hate on the LGBTQ+ community probably have some deeper issues inside of them. So, telling the haters that their hateful words do not bother you or your community and they are actually the ones who need to take a deep breath and calm down can send a positive, reassuring message. Furthermore, this song was powerful to hear from Taylor Swift as an ally for the LGBTQ+ community, and it was inspiring to see footage of her performing it live at the Stonewall Inn in New York City.

It's pretty funny how ten years later I am still admiring new music from Taylor Swift. And while I have changed tremendously in that time period, so has Taylor. Throughout that change, it is inspiring to know that even our worst moments, where we feel like a snake who does not care about their reputation, can turn us into the "butterflies" of today.

From Your Site Articles
music
Report this Content
Swoon