The Problem With Naming Generations
Odyssey

The Problem With Naming Generations

Calling me a "Millennial" can make you hate me without even knowing me. 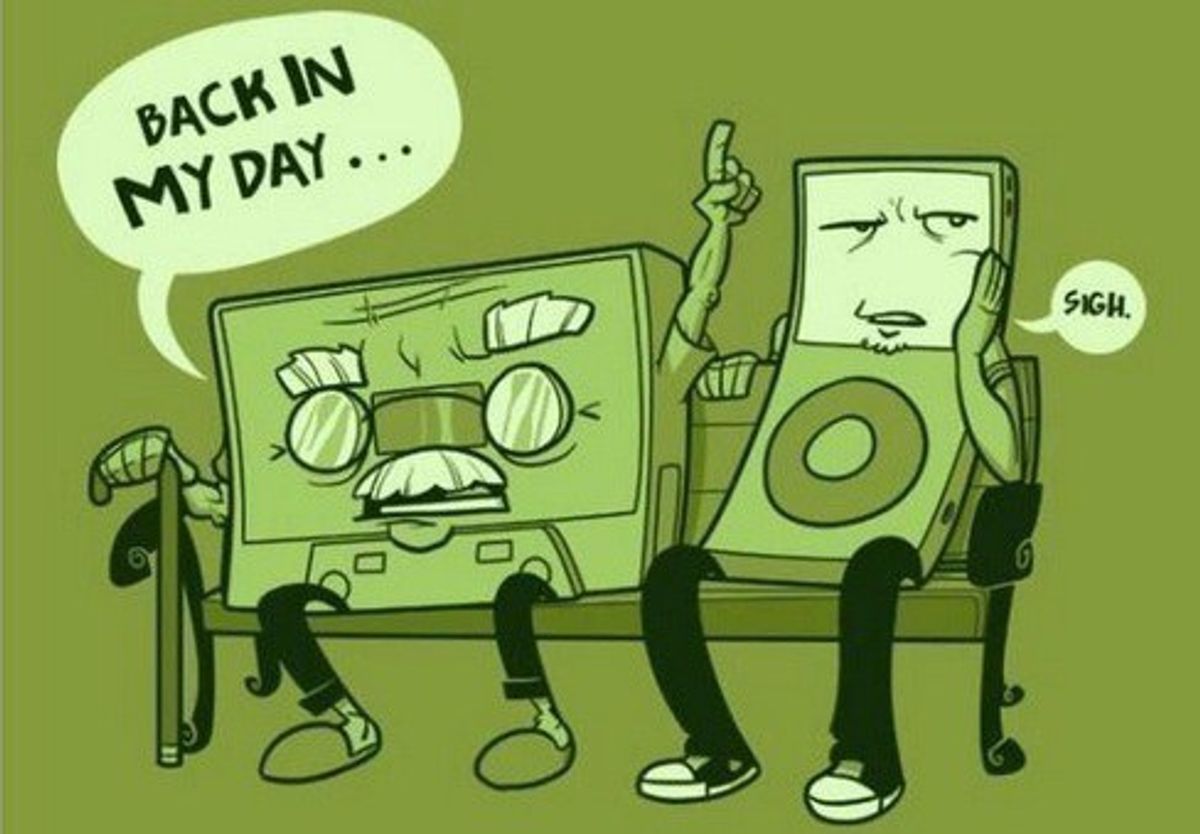 There are hundreds of articles titles "Millennials are..." or "Why the Baby Boomers Were the Best Generation." All of them appeal to a specific audience though no more popular than the call to denounce a group because they are 'different' than yourself. As a 21-year-old, I am considered a millennial and I'm proud of that. I grew up with jump ropes and chalk and using my imagination to entertain myself all day. But I also had a GameBoy, I religiously watched Saturday morning cartoons and was familiar with an assortment of other electronics.

Because my birthday falls between 1980-1996, I'm lumped into a group with all other Americans born during this time. I'm considered to be "innovative" and "good with technology" but I'm also "lazy" and "entitled." I'm "disillusioned" because apparently I grew up thinking I was better than everyone else, which makes me stereotyped into specific categories when in actuality I'm of the first generation that is projected to make significantly less than the previous (which includes our parents). Most of the older generations assume I am Democratic and liberal (which to be fair, I am, but that's not because of the year I was born in...). They think that I have no idea what the value of a dollar is and that I'm selfish and only concerned with studying during the week, partying on the weekend.

All of these things that I've pointed out could be true for some people, but they're not restricted to age or 'generation.' They somehow have persisted into our cultural assumptions of people and we use them to limit others, to explain our own actions or failures, and worst of all, we use them divisively. We use them to plainly state: "You are different from me, therefore you are worse that me."

This is a huge problem in our culture because now, as in all previously trying times, we should be thinking less about ourselves as different, and more as the same. The environment is falling apart and very few people care or realize it. The United States has been at war since I was in kindergarten and it has become so normalized that we even forget it's still happening. Minimum wages are not sufficient to support a healthy lifestyle and there doesn't seem to be a good way of solving that issue. We have a presidential candidate who is running his campaign on fear and hate. These are huge issues and instead of uniting us, they are setting us at even more odds.

I recently read an article that talked about "Generation Z," which is composed of young people and children born after 1995. The article described how they are better than Millennials (who have apparently been a part of the workforce 'forever' now when in actuality, I am still in college and have yet to be of legal age to vote in a presidential election...) because they have been born into technological advancements that seem commonplace to them, a culture of acceptance (LGBTQ movements, feminism, etc.) and that they are bursting with untapped potential because they are yet to go to college or enter the workforce. Again, these may be true. But some "Generation Z-ers" are still in elementary school. How is it even possible to tell six-year-olds who have just learned how to read and think for themselves that they embody these characteristics? It isn't.

Instead, labeling differently aged people like this only causes divisive rifts between them. "Baby Boomers," the generation born after World War II feel entitled to call "Millennials" lazy because they have been raised differently than them. While the older generation may have trouble with computers and resent their infiltration into the workplace, younger generations had no trouble incorporating them into their daily lifestyles, let alone workplace. "Generation X," which loosely has birth dates falling between 1960-1980, may feel like their rights are viewed as lesser than the generations before them who they think had more simplistic work lives and better access to the "American Dream." Or perhaps they feel that they are better than others because some of them are nearing retirement or are comfortable in their career, unphased by the economic upheaval that will heavily affect the young people of this nation.

All of these factors allow people to dehumanize older or younger generations to an extent. If you don't believe, check out an article about "Millennials" and look at the comments section. People on both sides get pretty heated about this idea. Whether you agree or disagree with me, it's obvious that treating people poorly because of when they were born (something they had absolutely no control over) is unacceptable and small-minded. But somehow, it's a trap that many of us fall into, myself included.

I'm not asking you to dismiss the concept of naming generations. It's already happened and more than likely, it will continue to persist in our culture as a result of its obsession with naming and understanding everything. Instead, I'm simply asking you to think about your grandfather, classmate, niece, uncle, friend from work, professor, or anyone who is important to you before you classify them as "this" or "that" just because of what media and popular opinions tell you to do. While I will probably continue to smile at memes about generational naming, I'll take it with a grain of salt. You should, too because you are intelligent and have a brain.