Must-Read Books If You Enjoy Fantasy

2 Series Of Must-Reads If You Enjoy Fantasy

2 series, 7 books; all underdogs that deserve more appraisal than received. 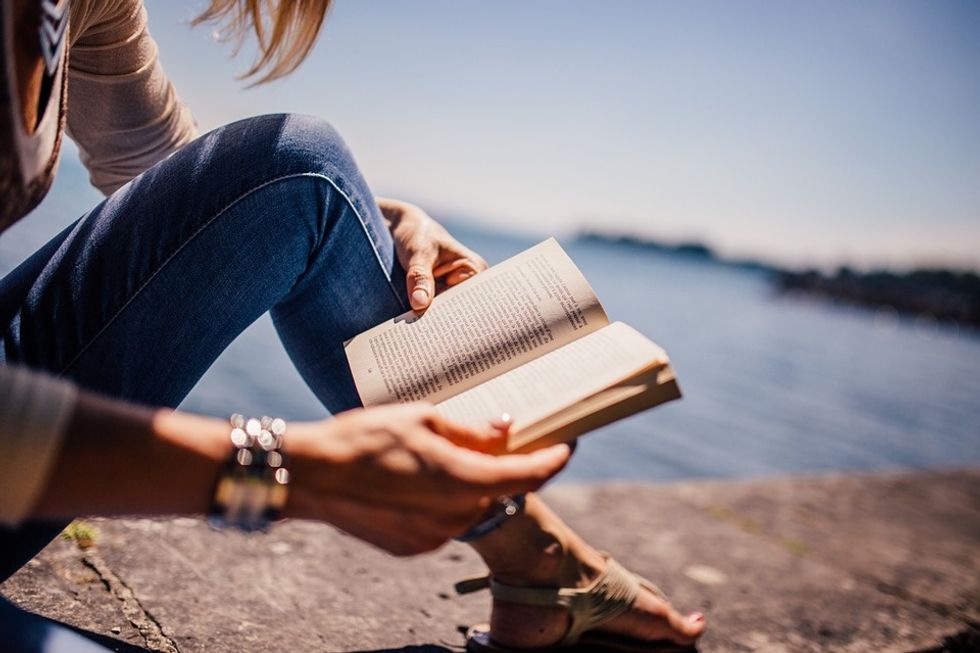 When you hear 'fantasy', you probably think of Harry Potter, Lord of the Rings, and so on. Basically the books that were (poorly) transformed into movies that, regardless, we still love. However, I'm one of those books worms that advocate for the underdogs of the fantasy genre. When it comes to the more renown series, I tend to expect them to be phenomenal based on reviews and opinions of my friends. Usually they end up being a huge let-down either because the books didn't meet my expectations or I got so bored that I stopped reading them altogether.

As far as I'm aware, these series don't have movies based off of them, although they should and are deserving of them. The storylines would honestly put Twilight and The Vampire Diaries to shame. Granted, it doesn't take much to discredit Twilight and I'm actually a fan of the TVD show, but that doesn't excuse the fact that the books were far more boring than what was on our screens. Hollywood deserves, at least some, appraisal for these; I know it wasn't easy. It just goes to show that if Hollywood can turn those trainwrecks into something at least semi-successful, the following books deserve the same chance.

These book series are from my personal collection and are honestly so underrated with the content and storylines:

Written by Becca Fitzpatrick, this is a "girl meets boy" love story. It includes the cliché dark secrets, curiosity, and so on, but the catch is that the main male character is a fallen angel. He wishes to become human but in order for him to do that, he has to kill a human or he has to return as a guardian angel. He has a target but, of course, love gets in the way. Nora, our main heroine, is drawn into our main male character, Patch. Aside from his perfectly chiseled body, all the questions she's bombarded with raise Nora's curiosity. 'Who is this guy?'

They face a journey filled with enemies, close calls, a war, and more. But don't worry, there's a happy.. and frisky ending.

In the beginning especially, it's extremely noticeable that Becca Fitzpatrick was inspired by the layout of the Twilight saga. But DON'T LET THAT DISCOURAGE YOU. Although inspired, Fitzpatrick's writing and vision put Stephanie Meyer's to shame. Fitzpatrick's detail, imagery, and attention grabbing style makes it easy for readers to imagine themselves in the characters' shoes and creates a perfect, movie-like play-by-play in their head. All the mystery, secrets, and romance keeps readers (or at least myself) on their toes and makes them want more.

I honestly couldn't put these books down. I finished the entire saga in a day and a half, and I always find myself rereading it when I have nothing better to do. This was my go-to saga in high school and still is today.

'The Forest of Hands and Teeth' series

Written by Carrie Ryan, this is a post-apocalyptic romance filled with despair, tragedy, and love triangles. There is a fenced-in village in the middle of the woods, separated and considered to be the safest place in the world. The Unconsecrated, zombies that rose from a type of virus, are relentless when it comes to their victims. One bite, one open-wound injury created by an Unconsecrated inevitably transforms you into one of them, forcing you to leave your life behind. The main character, Mary, was a victim of the Unconsecrated because they took her family, except for her and her brother. Now they live alone amongst the other villagers and life-long friends with underlying love. Seeking the truth from the secretive Sisters, Mary is determined to get out of the village to find more survivors; more life aside from the surrounding undead.

The storyline stretches over time in Mary's life, into the next generation living among the Unconsecrated. It's a story of love, loss, and survival. Carrie Ryan's style and imagery makes it seem like you're in their shoes, at risk of becoming a victim of the undead. It's an exciting play-by-play that keeps you on your toes, attaches you to characters, and makes you yearn for the discoveries and survival.

I have reread this series to the point that the books aren't looking too great. They're paperback so that's relatively easy, but the spines and covers are definitely not the best quality anymore. And the pages.. oh lord. The first book came out in 2010, as did the second, and the third in 2011, which gives you a vague idea of how many times I've reread them over the years. I definitely recommend this series.

The books, in order, are 'The Forest of Hands and Teeth', 'The Dead-Tossed Waves', and 'The Dark and Hollow Places' as pictured.

I know, short list. But a short list consisting of seven books that are great reads. Perhaps I'm biased because I've reread them so much, aside from the fact that the more famous series/sagas in this genre bored me, nearly, to tears. When it comes to books, I tend to enjoy the underrated side of things. They don't get as much publicity but they are hidden gems that should be recognized more, especially these.

Maybe it takes a certain person to distance themselves from wizards, hobbits, and such? I don't know, but people have their preferences like I have mine.

I highly encourage and recommend these books to any and all readers. I guarantee you won't want to put it down. Hell, I didn't want to stop to eat and that's my favorite pass time since I'm basically a female incarnate of Joey Tribbiani. I had to literally be pulled away to eat, sleep, and go to work and class. If that doesn't convince you, I don't know what will.

Nowadays, I don't have time to read a lot. But I know with these books, I won't be disappointed. Very rarely do I recommend books so when I do, it's a must-read.

Although at the end of the day, the ultimate judgement is yours.