When Picking Your Major and Minor, Choose Something You Genuinely Enjoy

Don't major in something you don't enjoy just for the sake of finding a stable job after graduation. 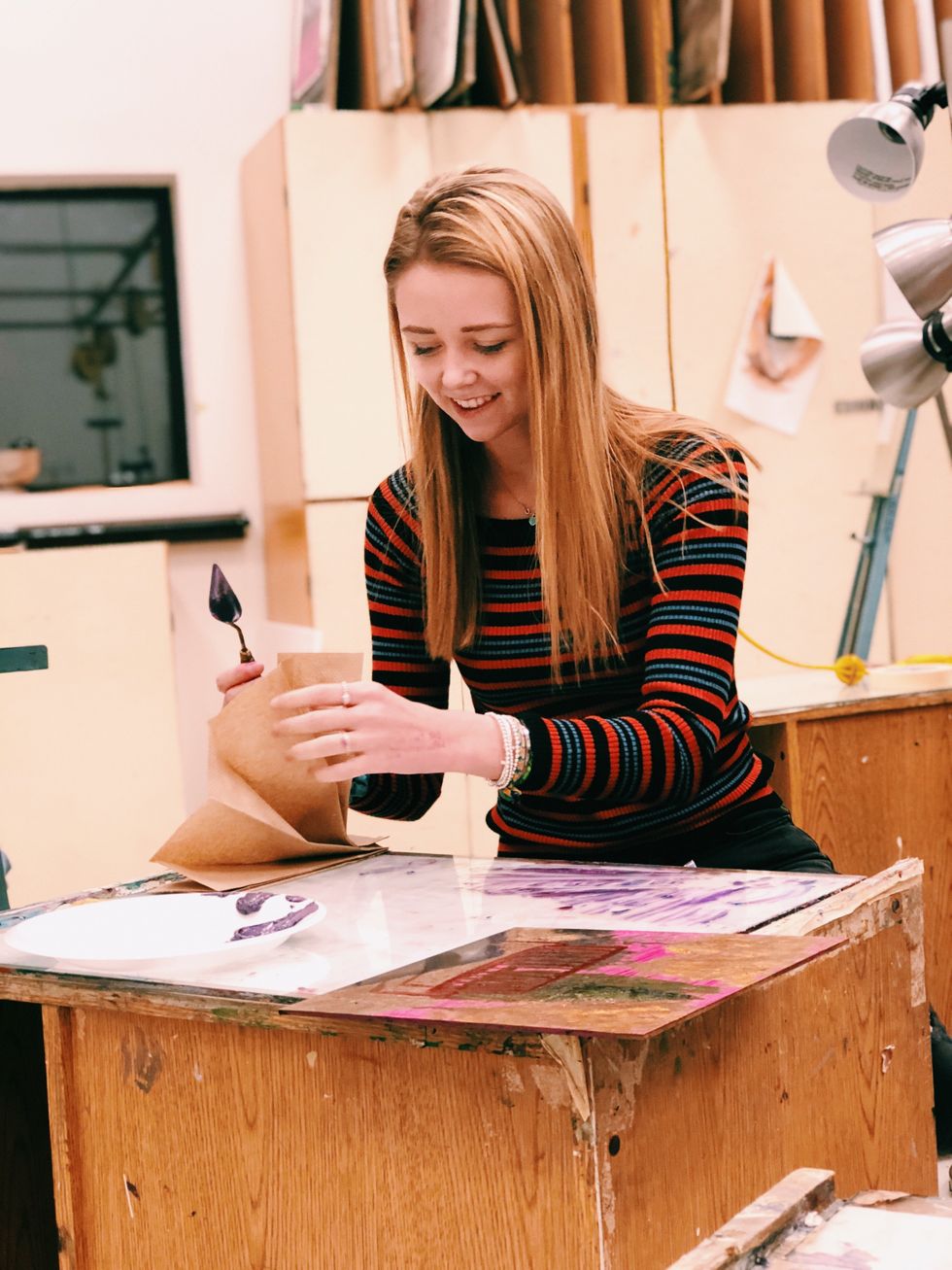 Coming into college, I had already decided that I was going to major in psychology and minor in criminal justice studies. I knew that I was passionate about the minor in criminal justice studies and that I wanted to work in the criminal justice system somehow when I graduated. However, my school doesn't offer a major that is relative to that field of study, so I had to pick a major that I enjoyed but also fit in well with my criminal justice minor. I chose psychology and during my first year, I kept convincing myself that psychology was my passion. Along the way, I also thought about adding a variety of minors including political science, human services studies, or even gender studies. It wasn't until the following summer when I realized that maybe all of my majors and minors didn't have to go together.

My first semester of college, I took an introductory painting class and fell in love with it. It was my favorite class, and I found myself looking forward to it every other day. The class met two days a week for over two and a half hours, and even after a long day, I found myself staying hours later to keep working. The class itself was also a great stress reliever, as it allowed me to just come and sit in peace and work on my current projects. I was able to express myself in a comfortable setting. Since then, while I love art, I have not found the time to keep working on it, possibly because I did not have a designated time during which I was only to work it. However, I wanted to continue art because of what it provides for me, so as a result, I decided to add it as a minor. This way, I could take one art class almost every semester, and it would act as a stress-reliever.

Halfway through my first semester sophomore year, I realized that psychology isn't what I was most passionate about. While I enjoyed my psychology classes, the subject matter didn't appeal to me as something I'd like to focus on in my career. I noticed that I was only trying to like psychology because it worked well with the material that I would learn throughout my criminal justice studies courses. Now, I've always had a passion for writing that I've never really pursued until I realized that I could incorporate it into my studies. As a result, I decided to pursue a psychology minor instead of a major, and I introduced journalism as my major. If I was asked what my dream job would be, I would say that I'd love to be a writer of some kind, and this major switch gives me the power to do just that.

I was a bit nervous to do a complete 180 on my major and minors because I had already made some good progress in my psychology major. But now that I've made the switch, I'm so much more excited about the classed I'm taking and the career opportunities that are much more within reach now. Switching my major and minors also made me realize that it is more than okay to choose to study something that you genuinely like instead of something that looks impressive on a resume or transcript. I can already tell that this change will benefit me in the long run; I'm going to absolutely love my career and what I choose to do with my journalism major, and criminal justice studies and art minors.