Luke Kuechly Retired From Football At Age 28, But His Legacy Will Keep Pounding Forever

Luke Kuechly Retired From Football At Age 28, But His Legacy Will Keep Pounding Forever 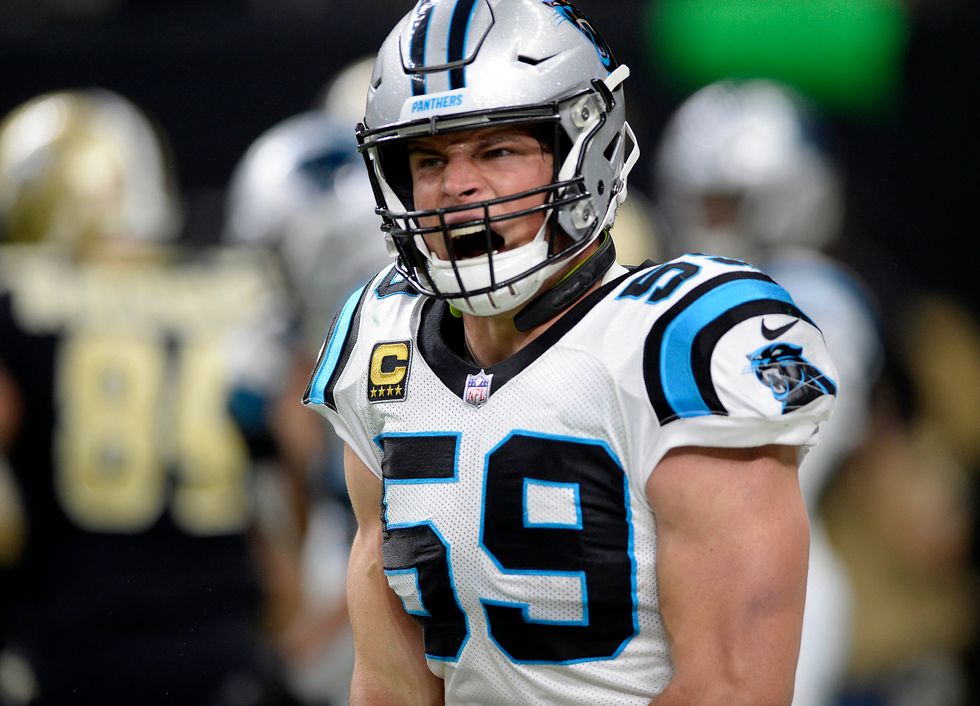 The teams I root for in the NFL are the Giants, Panthers, and anyone who plays against the Patriots.

On January 14th, 2019, I got a text message from my uncle saying "oh my your boy is retiring." My immediate thought was Eli Manning. While he hasn't officially said he is retiring yet, everyone assumes the announcement is coming soon. After a quick google search, I realized it was not Eli he was talking about so then I assumed Cam Newton. A lot of things are questionable about Cam in the 2020 season. Will he play for the Panthers? A new team? Or will he as well fade off into the sunset? But again, I was wrong.

When it turned out to be the 28-year-old linebacker Luke Kuechly from the Carolina Panthers the news was worse than I expected. Luke has been the glue that has held the Panthers together for the past 8 years of his NFL career.

He is going out on the top of his career and while I am glad he is making the best decision for himself that doesn't make this retirement any easier to handle. Now I understand how Colts fans felt when Andrew Luck retired earlier on in the season.

This type of concussion can be a sign of mild brain damage so the fact he continued to play after that is extremely impressive. At the end of the day, he has to look out for himself. Knowing all of this though doesn't make his retirement any easier to accept as one of his biggest fans

Luke's retirement comes as a complete shock to all, but after watching his retirement announcement video you can tell that this decision didn't come easily for him. Honestly, when he cries and chokes up, you want to do the same. You can see by the way he plays and performs on and off the field that he has an immense love for the game. This is someone who gave his all to the game and knows himself well enough to step down when the time is right for him.

Do I smell a future Hall of Famer? I think so.

Kuechly was an unstoppable force on the field. He wraps up his career with 1,092 tackles, 18 interceptions, 7 forced fumbles, and 12.5 sacks. He also had 7 Pro Bowl nods and 7 All-Pro selections with 5 on the first team. To further boost his resume he was also named the Defensive Player of the Year in 2013 and NFL Defensive Rookie of the Year in 2012. So basically Luke is the GOAT of linebackers.

Teammates and other players throughout the league took to social media to show support for Luke's retirement and some of their responses may make you weep.

The Carolina Panthers said it best, "No one did it better."

Thank you Luke Kuechly for all the grace, tenacity, and passion you brought to the game of football.