Unhelpful labels and the polarization of the abortion issue. 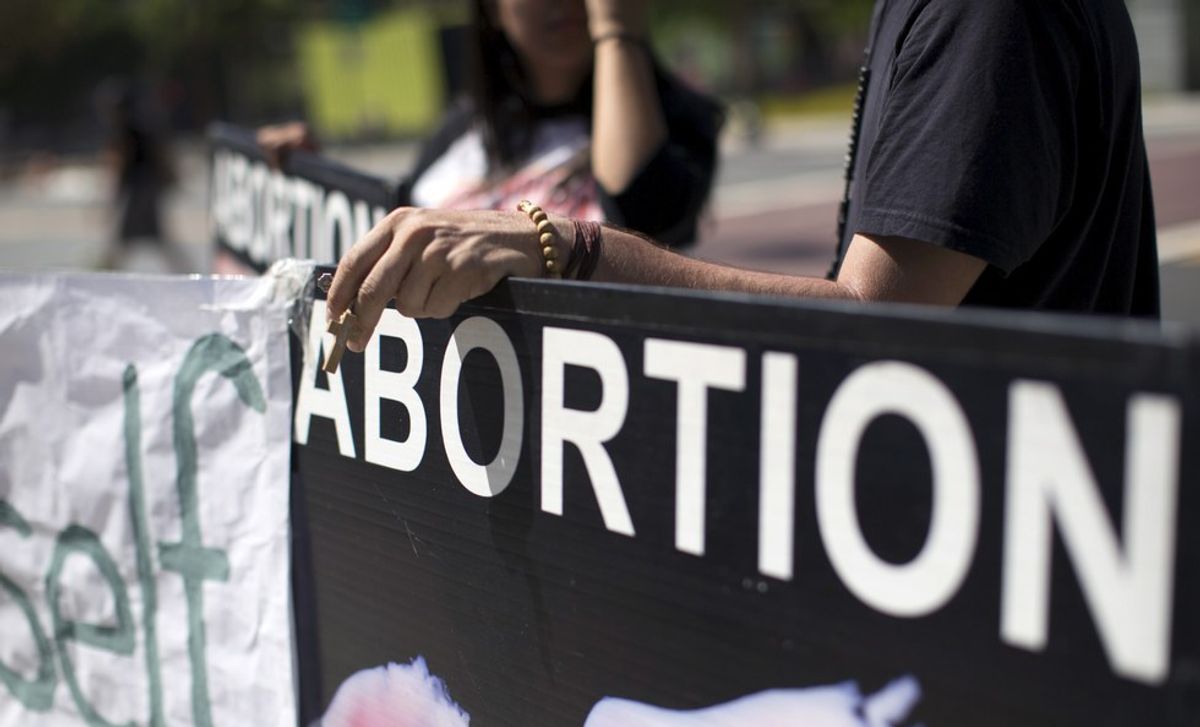 This is not at all the article I was going to write this week. With the coming election as always abortion has been a hot button issue, but there was one event that convinced me I needed to write this. Earlier this week as I was driving home from class I passed the local Planned Parenthood (Dun Dun Dun!). In front was a woman lazily protesting holding a sign that simply read Life! I though “wow what an over simplification. My first urge was to go get into a grim reapers costume and hold a sign reading Death! Although this would be as accurate a stance as Life! I decided it was not the best way to start a conversation about the polarization of the issue of abortion.

My stance on abortion is technically Pro-choice. This is not because I want babies killed, or I even want abortions, but because I believe making abortions illegal is not in any way going to actually save lives. Having this label, in the Christian environments I am a part of, often leads to judgements and anger. I find myself explain my position time and time again. I know I am not alone either I see many others like me on Facebook who do not want to talk about the issue because they might get labeled baby killers. The truth is no rational person on earth wants abortion. To say that we have to either be pro-life, or pro-death is over simplified and polarizes the issue in a way that a conversation cannot be had. It has been 40 years since Roe v. Wade and we are still arguing!

The truth is places like planned parenthood can actually help to lower the amount of abortions. Other programs like free contraceptive and sex education can also help to stop abortion by stopping unplanned pregnancy. But for some reason this kind of middle ground is painted red because it has to either be stanch pro-life or pro-death. Without even getting into the nonce of why the labels of pro-life and pro-death are inaccurate in the first place, can we just drop the labels? I know the protester in front of planned parenthood probably had the best of intentions by doing what she did, but what if we put that effort into actually stopping abortions? What if all the protesters instead offered their time as free child care to mothers who needed the help? What if we took all of the lobbying money used to fight Roe v. Wade and used it to fund safe sex programs and education? What a difference we could make!

So please consider this next time you take a strong position. Could you being doing something ore to help? Is making abortion which is usually a desperate last decision illegal really going to help anyone? Or should we love and support those who have to make such hard decisions in the hopes they can find a better way? Let’s drop the labels and pick up some compassion.

Nicole Marie Nigro
Individual Creator
6327
c1.staticflickr.com
Where to start...... Let me start with the cliche that life throws us curveballs and what we do with it is what counts.