Life, And How Religion Got Me Through It All
Odyssey

Life, And How Religion Got Me Through It All

How God touched every single year of my life 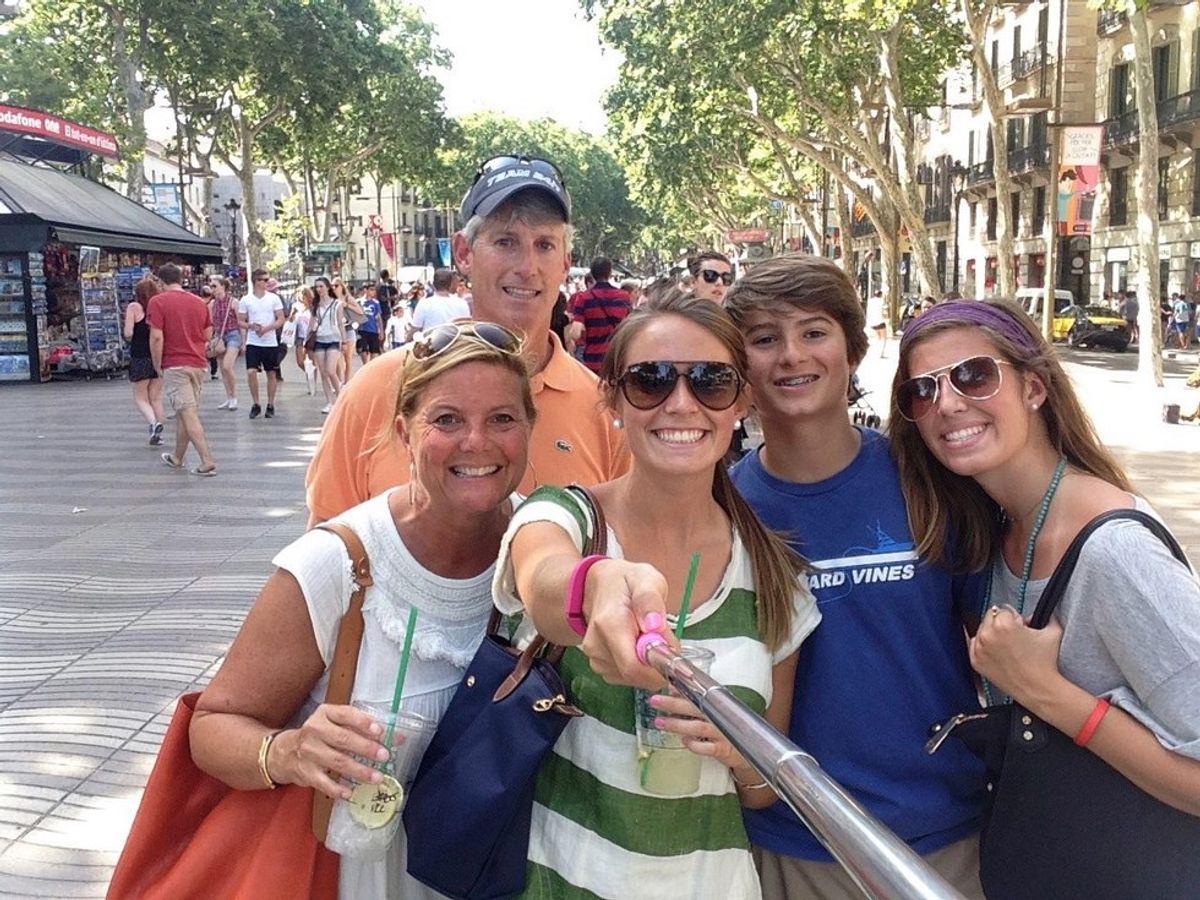 Prior to my birth, while my mom was pregnant with me, my dad was driving around and happened to see a girl on a run. The weather consisted of cold winds, so this particular girl was wearing a sweatshirt. In big bold letters, her sweatshirt read, “COLBY,” in reference to Colby College in Maine. As my dad continued to drive, he thought about how nice of a ring the name Colby had to it. Therefore, my name is Colby. I was my mom and dad's first born and the first grandchild for both sets of my grandparents. Therefore, my birth was quite exciting. I was born into the world weighing seven pounds, three ounces with brown eyes and a lock or two of light brown hair.

When I was released from the hospital, my parents brought me to my new home in New Jersey. Two years of crying, playing with toys, and changing diapers pass, and my sister, Peyton, is born. Looking back through photos and from what my parents tell us, my sister and I were the best of friends in our younger years, just like we are today. Fortunately, my mom has always had her camera attached at the hip, so finding childhood photos is never an issue. In every picture I come across of my sister and I when we were young, we are always hugging and smiling.

Another two years pass since my sister’s birth, and my brother, Campbell, is born. At around this time, we moved into another house in New Jersey and I was attending preschool. My mom tells me that every day that I would come home from preschool, I would be extremely excited to share all of the amazing crafts I created and the games I played that day. Then, I began kindergarten. This is the year that my true faith journey started. I was fully introduced to the Catholic faith by attending a Catholic school. The student body and faculty of my school would attend mass together once a week during the school day. In my earlier years, I never really quite understood what the priest’s position was or why we said the “Our Father” or what anything at mass really meant.

When I was nine years old and in the third grade, my parents took Peyton, Campbell, and I to the mall. Before we were allowed out of the car, my dad said that he had an announcement. I clearly remember him turning around to face us from the driver’s seat, and telling us that we would be moving to North Carolina. Peyton and Campbell burst into tears, wailing and crying. Surprisingly, I did not cry. I looked out the window. I immediately thought of the family I would be leaving behind. My mother’s parents lived in New Jersey, not too far from us. My cousins, aunts, and uncles on both sides of the family also lived in New Jersey. All in all, the majority of my family would no longer be an hour and a half drive away. My family is my absolute everything. My actions and thoughts revolve around each and every one of them. My life was about to change drastically, and all I thought about was, “Will they come to visit?”

I began my North Carolina school years as a fourth grader at a Catholic elementary school. I’m not going to sugar coat it, the beginning of fourth grade was a bit rough. I was the new girl that dreaded recess because that meant sitting on the swings by myself. Everyone already had their friends and wasn’t interested in me. I lived in an apartment with noisy neighbors. I missed New Jersey. My mom could tell that I was feeling the way I was. One day, she handed me a notebook. She told me that we could write notes to each other because sometimes it feels better to let your emotions out on paper. My relationship with my mom became incomparable. We would write jokes back and forth, as well as how our day was. Her notes reminded me that living in North Carolina would get better, and it quickly did. We later moved into my beautiful white home, or, how others prefer to identify it, “the house with the green roof.” We adopted three adorable kittens from the Humane Society named Soufflé, Bliss, and Mousse. I finally began making friends.

I began middle school at a Catholic middle school. I was introduced to a great group of friends in sixth grade, some of whom are my best friends today. I loved my teachers and my classmates, and I didn’t really struggle academically. I was completely over missing New Jersey until I suddenly received news that someone in my family had become very sick. I immediately turned to God. I prayed every chance I had. As I prayed, I reflected on every moment that I could remember spending with my grandfather. I asked God if there was anything I could personally do in return for my grandfather’s health. During these tough times, my good friends reminded me to always stay positive and to keep praying. Thankfully, my prayers were answered. Doctors had informed my relative that they were going to be okay.

Just as things were starting to go my way, Hurricane Sandy took place. It began on October 29, 2012. After hearing that my friends that lived in New Jersey were being forcefully evacuated from their homes, I knew my old home was in danger. I was so scared of the hurricane’s outcome. I constantly checked weather.com and the news for updates and was never thrilled with what I discovered. The winds and rain were progressively getting stronger and more aggressive, and my own friends’ homes were being destroyed. My grandparents' house had five feet of water flood his first floor. My friend’s front door had been blown off. Another friend of mine’s boat had been ripped from the docks by the storm and is most likely still sitting at the bottom of the bay somewhere. When teachers asked if anyone had any intentions at school, I would always pray for my favorite little town in New Jersey. I would constantly pray that the aftermath would not be as grave as the news was telling me it would be. I would reflect on the amazing memories I had made in New Jersey and the life I lived there. I believe that God knew and still knows how important of a place it is to me, because when I nervously returned to New Jersey to visit that December, the only damage done to my town was some trash blown into the streets. I was blessed, and immediately prayed to God in thanksgiving and appreciation. Although the rest of the state didn’t survive the storm as well, the number of amount of volunteers and workers that devoted their time in order to restore New Jersey proves how much the state means to people.

I thank God each and every day for a successful high school career that led me to be a proud student at the University of Richmond. I pray in thanksgiving that I have made such strong friendships and have such a loving family. I also thank Him for having had such a great plan for me and I am ready for whatever else He has in store.