Sorry, But If You're Part Of The LGBTQ Community And Support Trump, I Don't Get It

What President Donald Trump really feels about the LGBTQ community. 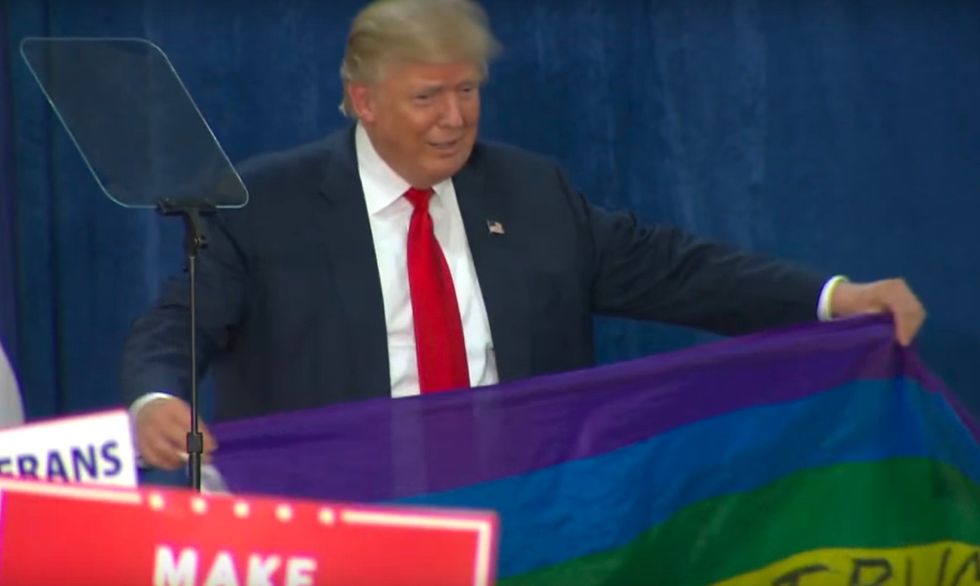 If you haven't heard, President Donald Trump made June "Great Outdoors Month." Despite protests all across the country, the White House still managed to make a statement recognizing June 1 as Global Coptic Day but nothing in honor of LGBTQ Pride month.

In the past four years of his presidency, President Trump has only acknowledged Pride Month once, and he is the first Republican president to do so. In the middle of a global pandemic as well as protests and riots across the world because of the ongoing racism and police brutality that targets black lives, Trump and his administration have still found a way to discriminate against the people of the LGBTQ community and many other minorities.

According to Planned Parenthood, the people of the LGBTQ community experience greater barriers to accessing healthcare than non-LGBTQ people. Despite this, the Trump-Pence administration has repeatedly and yet still continually tries to take away LGBTQ people's rights.

Planned Parenthood states that they have gotten in the way of LGBTQ people's access to health care, tried to strip transgender people of their recognized identities and civil rights protections, as well as nominate judges and officials with strong anti-LGBTQ records.

According to GLADD, The Trump administration is also using the departments of State, Justice, Health and Human Services, Labor and Housing and Urban Development to push religious exemptions at the expense of LGBTQ rights. They also stated that the HHS ruling has even targeted the youth of the LGBTQ community during this pandemic.

President Trump has now appointed Kayleigh McEnany, who has a history of using the press to attack LGBTQ people, as his Press Secretary. Most recently, Kayleigh McEnany lied about the administration's cruel policies against LGBTQ Americans.

In Spring 2016, the Obama Administration demanded schools protect transgender students from harassment, accommodate their preferred names and pronouns, along with giving them access to the locker rooms and bathrooms of their choice.

But, just a few short weeks after President Trump's inauguration, his administration rescinded that transgender student guidance after vowing to protect the community during his election campaign. This wasn't the only thing Trump changed, though. Back in July 2017, Trump tweeted that transgender people could no longer serve in the military.

Then, the following October, Attorney General Jeff Sessions said that the U.S. Department of Justice will no longer be arguing in court that transgender people are federally protected from employment discrimination.

This is the complete opposite of the Obama Administration's position and what they have stood for.

As governor, Mike Pence signed a bill that allows businesses to deny service to LGBTQ people because of the simple fact of who they are and whom they love. Furthermore, Trump has stated he would sign the First Amendment Defense Act, which would fuel discrimination across the country.

He also added that he disagrees with same-sex marriage because he was a "traditional guy," does not support the Equality Act, would not enforce federal civil rights laws that ensure transgender Americans are treated equally under the law, and disagrees with President Obama's use of executive orders.

Despite all this, Trump has not stated anything about banning conversion therapy and whether or not he supports LGBTQ adoption.

Instead of trying to make America an equal country, Trump has still managed to discriminate against minorities and make the LGBTQ community feel less than others because of not having the same equal rights.

After reading all of this and educating yourself, if you are part of the LGBTQ community and support Trump: I don't get it.