How Is Lent Going So Far?
Odyssey

How Is Lent Going So Far?

We are halfway through lent, you can do it! 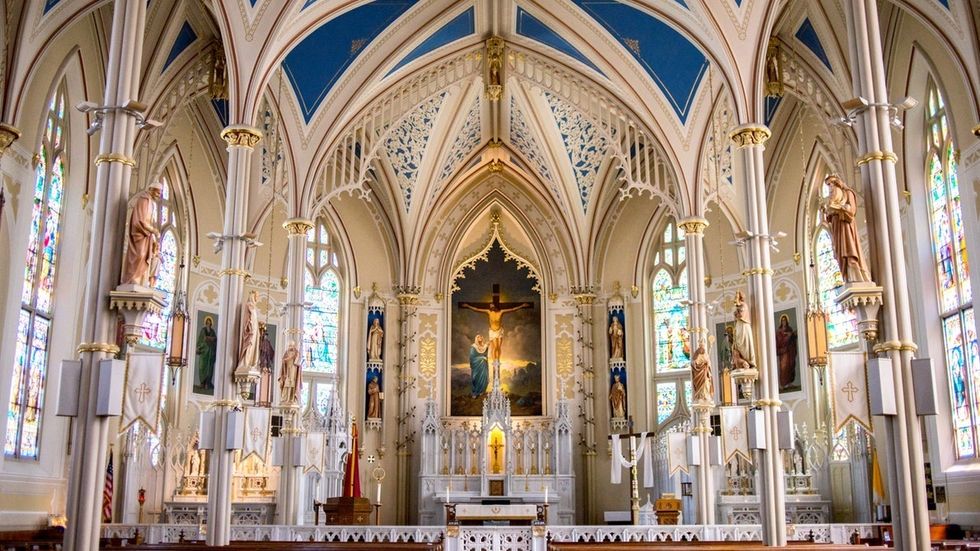 As you may know, Lent started on Ash Wednesday on March 6th this year. If you don't know what lent is, it is is a time of repentance, fasting, and preparation for the coming of Easter. As well as a time of self-examination and reflection. During Lent, you sacrifice eating meat on Fridays and to give up something you love up until Easter Sunday.

My grandma told my siblings and I that instead of "giving something up" for lent, we should "give" to a cause to make a difference. My Catholic sisters out there know we do this in honor of Jesus going 40 days without food in the desert, despite any temptations.

Every year, I give up something I love whether its a food, hobby, a habit, or just something that is meaningful to me or that I do often. Eventually, I will listen to my grandma but at the moment I just decided to give up something for Lent. Since I wasn't with my family and didn't go to church on Ash Wednesday I had forgotten about it and I think I ate meat that Friday. Lord forgive me.

So, I had decided to give up meat every day throughout lent and not just on Fridays. Yes, it still counts... and so far it has actually been going well. I feel like a vegetarian and I think I lost a little weight so there's that for making a difference. Since my sacrifice was so last minute this year, I will share the things I had given up the past three years.

2016-Desserts: For those who know me, you know how much of a sugar junkie I am. Shakes, ice cream, cookies, cheesecake, brownies, everything, I love it. That year was kind of hard because I was a senior in high school and I would always go to Chick-fil-A with my friends and you know I had to get an Oreo milkshake or my meal wouldn't be complete without it. And don't even get me started with the Jack in the Box Oreo milkshakes, that's probably the only reason I would even go to Jack in the Box (and the curly fries). Wow, I am now realizing milkshakes was the hardest part of that sacrifice, but I survived!

2017-Social Media: This one actually wasn't as bad as I thought it would be. I temporarily deactivated my social media and deleted ALL my three apps. I actually don't even think anyone noticed I had even been off social media, and when I returned to social media I had like ten notifications so I guess no one missed me. But I tell myself it was probably because I was so busy with school and I didn't really use it much anyway, just to make myself feel better HA.

2018-Coffee: Now this, THIS was it. The sacrifice of all time. The one that made me cry. I cannot tell you how hard this was for me. I was not the same person during those 40 days and I kid you not, I would cry a little when I would drive past a Starbucks. And it wasn't just coffee, it was basically anything with caffeine. So no lattes, frappuccinos, macchiatos, espresso shots, oh and I included the Starbucks company in general so I couldn't even get a tea from there. I had given up all my life essentials. On the bright side, I saved a lot of money during that time and this was the sacrifice I was most proud of accomplishing.

I wish I had remembered to go to church this year for Ash Wednesday, but as I've mentioned I just transferred to Syracuse this semester so I've been putting all my focus into school and adjusting to this change. I will still pray some nights, I'll wear my scapular at times, and I will start going back to church on Sundays soon.

I am also due for a confession but I need to arrange some time for that, probably when I go back home for the summer. But I know I am blessed and I am grateful for all God has given me. So for those of you who are on this boat with me, remember Mother Teresa said "Not all of us can do great things. But we can do small things with great love". Continue to count your blessings and count down till the day we can eat meat again!