But of course what is most important is not the number of countries you have visited, but the distance one goes to help people in need for humanity 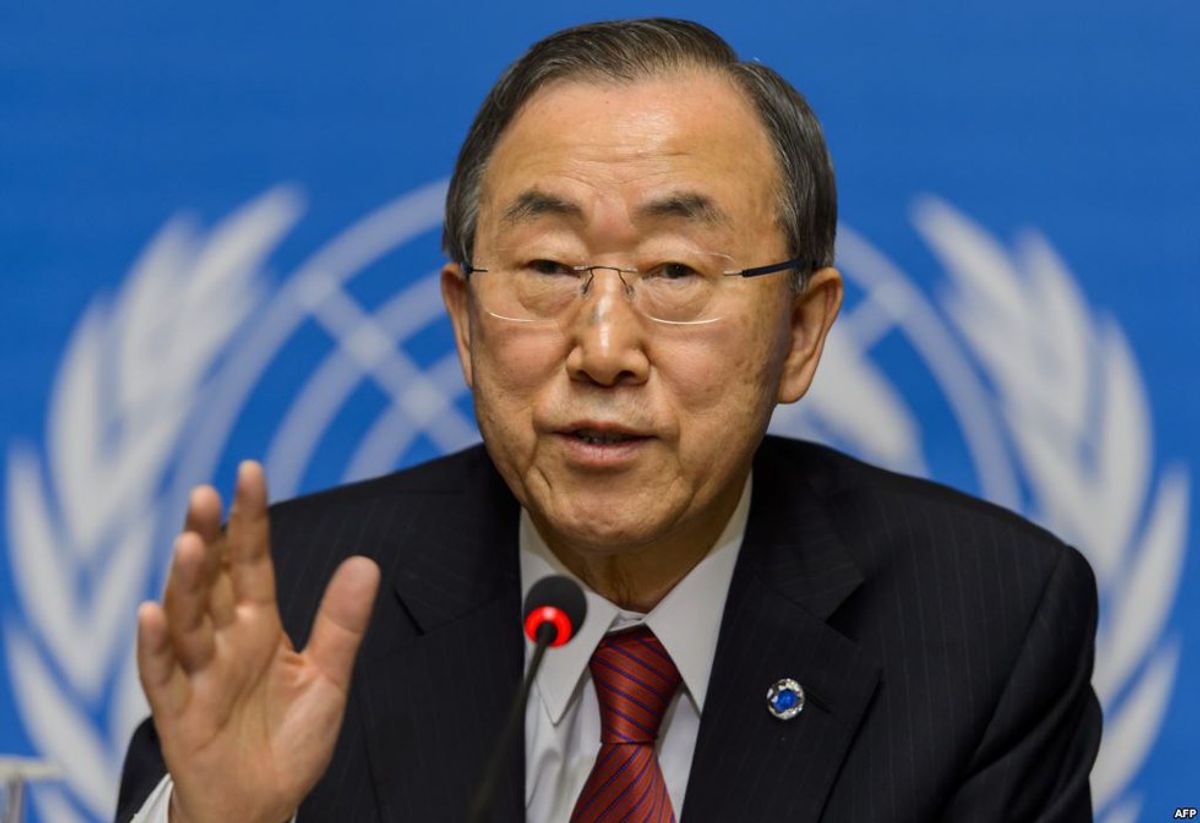 Wednesday, December 21st 2016, United Nations Secretary General gave his final public address at Southern Illinois University Carbondale. With just 10 days remining in his decade long term before he returns to private citizenship. In a speech that was moving and inspiring, Secretary General Ban addressed students and local leaders alike in an attempt to mobilize change so that tomorrow and the millennia that follow will bring about peace and prosperity on a global scale.

Ban stressed that his decade of service as the world’s topmost diplomat had been tumultuous at times, with a global economic collapse, stalling negotiations on climate and sustainable energy, and the desperate need for humanitarian aid efforts – bringing us to the largest demand since World War II.

Ban made clear that this was a time of unprecedented uncertainty as the U.N. leadership coincides with the inauguration and change for the United States’ President. Addressing political polarization, not only in the U.S., Ban stated:

Even in peacetime, basic human decency often seems in short supply as people look and talk past each other

However, Ban was hopeful. Hopeful for the largest youth population that this world has ever seen, with almost half of the world’s population under the age of 25. Hopeful that his most heartfelt and held dear goal of reversing the effects of climate change will not be undone by political stalemates and global partisanship. Most importantly, Ban was hopeful that our world and our students would remember that borders are not concrete.

While he stressed that having an identity rooted in your nation and your culture is important, something he was often criticized for due to numerous U.N. appointments for his fellow South Koreans, Ban stressed that we are one people, one family, one world. He encouraged students and leaders alike to drive and fulfill a dynamic passion to make the world better for everybody.

Ban spoke to the crisis in Syria, heading into its sixth year, and lamented the increased difficulties in finding diplomatic solutions to help the millions of people affected and displaced by the war. He recalled a comment he made only a few days before, where he described Aleppo, as a “synonym to hell.”

“I continue to stress that there is no military solution. Military success in Aleppo today will not mean peace tomorrow without a political settlement and justice for the crimes this war has witnessed.”

At the end of his lecture, Ban was asked about the Presidential debacle facing his home country of South Korea and how involved he would be in seeking democratic solutions to restore a faithful and functioning government once he returned to private citizenship. In response he lamented the fact that a democracy that was effective and functioning was tarnished by Park Geun-hye’s actions, but he was quite confident that the Korean people had shown resilience and strength in the face of adversity and this time will be no different. In regards to his personal stake, many believe that Ban would be an excellent candidate for the next President of South Korea and while he did not specifically state that he would or would not seek office, he stated that if and when his experience as Secretary General becomes useful, he will not hesitate to help his country in any way he can.

Ban Ki-Moon has been an exceptional leader, though not infallible, and our world can only hope that his successor, António Guterres, former prime minister of Portugal, will continue to lead our world towards global unification and prosperity when he takes office January 1st.

Emma Hyatt
299
The Truth About My Parents' Divorce