Kate Spade: An Example Of How Depression Can Affect Anyone

Early Tuesday, one of New York's most loved fashion designers has left us in an apparent suicide 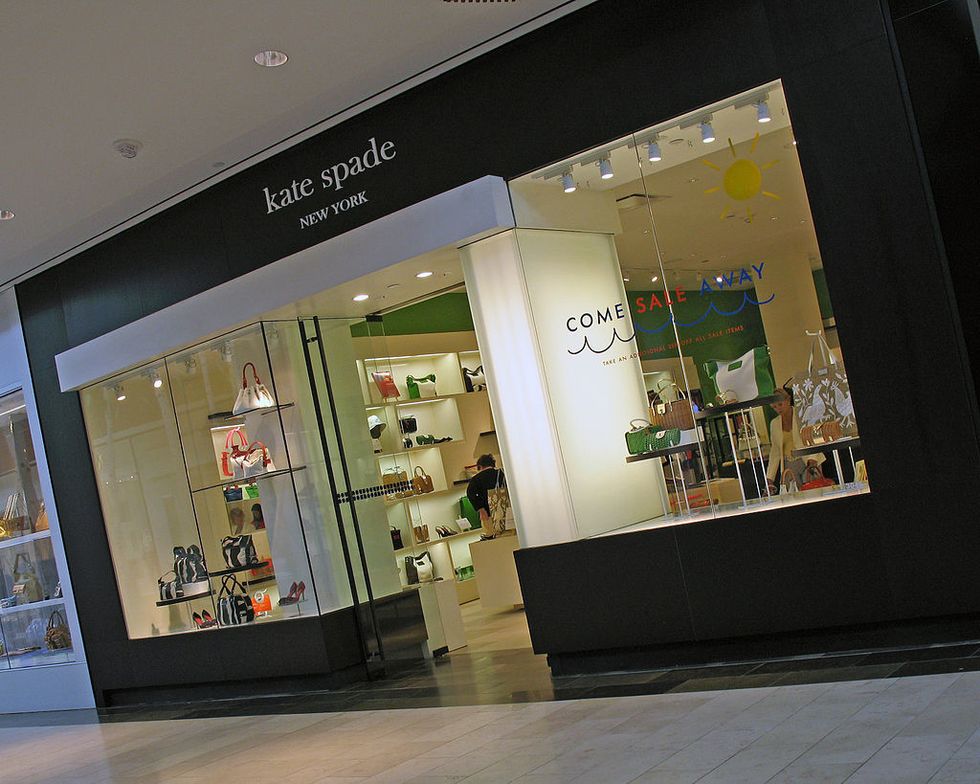 Tuesday, June 5, not only does the fashion industry mourn one of the most shocking of deaths, but several around the world are grieving. Known formally as Katherine Noel Brosnahan, police discovered what appeared to be a suicide in her New York apartment, caused by a little red scarf tied to a doorknob. This event is still under investigation, but Kate had left a note for her family—her husband, Andy Spade, and 13 year-old daughter, Frances Beatrix. It is said that the note was in part to explain that it was not the fault of her family for her passing.

Frances was at school when the suicide took place, and her father picked her up from school. They were accompanied by the police, and everyone was reported to be crying.

Kate's immediate family responded to reporters by stating, "We loved Kate dearly and will miss her terribly. We would ask that our privacy be respected as we grieve during this very difficult time."

Kate's brand itself was what exemplified a sense of accomplishment and adulthood for many women, due to its' never-before-seen marketing towards a demographic that allowed her bags to be far more attainable for young women than a Gucci or Chanel bag while maintaining a polished, but colorful style. Much of her merchandise has an eye-catching design that even Editor-In-Chief of Vogue; Anna Wintour recognizes.

"Kate Spade had an enviable gift for understanding exactly what women the world over wanted to carry.'' She said in a statement by the New York Times.

The Designer was born December 24, 1962, in Kansas City, Mo. Her father had a job in construction work, and her mother a housewife of Kate and her five siblings. Kate didn't grow up obsessed with fashion necessarily, but she did enjoy trying on tons of her mother's jewelry and originally planned on becoming a television producer. She studied journalism at Arizona University and meanwhile held a job at a motorcycle bar and men's clothing store. There, she met her husband and business partner for her current brand. She graduated from college in 1985 and moved once again to New York City. There, her career took off first as an assistant fashion editor at Mademoiselle Magazine. Within a short span of 5 years, Kate became the magazine's Accessories Editor.

Frustrated with the look of popular handbags during her time at Mademoiselle, she decided to take a leap and create some of her own. Here, the iconic brand we all know today as Kate Spade began with Andy Spade and Elyce Arons, in 1993.
Kate Spade was one of the first of "lifestyle" brands to emerge during the rage for handbags in the mid-nineties. Kate took lightly the prospect of managing such a large company, and she took such a feat with a grain of salt and an "enviable" amount of talent. Last year, Spade and her husband spoke with NPR's "How I Built This" about how they developed the company into a major lifestyle brand.

"So, Andy and I were out, honestly, at a Mexican restaurant," Kate Spade said, "and he just said, what about handbags? And I said, honey, you just don't start a handbag company. And he said, why not? How hard can it be? (Laughter) I thought, OK, really? He regrets those words."

Kate carried an innate sense of how to reach an audience without alienating a consumer. One word to describe her brand would most definitely be "approachability.'' This even expanded into her stationery pieces created, clothing, jewelry, and just about every other accessory.

Anna Wintour said in her statement that when Ms. Spade started her label, "everyone thought that the definition of a handbag was strictly European, all decades-old serious status and wealth. Then along came this thoroughly American young woman who changed everything. There was a moment when you couldn't walk a block in New York without seeing one of her bags, which were just like her; colorful and unpretentious."

Tragic events such as these have been far too common throughout the past few years. They allow us to think critically about our society’s views on mental illness, and who in reality is affected by dreaded anxieties and severe depression. There is a stigma on depression that only the most under-privileged or poor of people can be allowed to have it—but that sort of ignorance and rhetoric that stems from those beliefs couldn’t be further from the truth.

Depression does not discriminate. Depression is not something to be taken lightly. Severe signs can often go undetected.

"They had everything they could ever want."

"They seemed like the most cheerful person, always smiling."

It’s time we take a look at the big picture, and perhaps check up on our friends and family every once in a while. If you or someone close to you has had a bad day, or something seems a little "off," let them know you’re there for them, and patiently support them and encourage them along the way in their journey of mental health and overall well-being. Or an anonymous resource; (if preferred) the National Suicide Prevention Lifeline—is always there at 24 hours of the day. (1-800-273-8255)