Sorry Justin, But Your April Fools Prank Was Pretty Insensitive

Just because it's an "old classic" doesn't mean it's an okay joke to make. 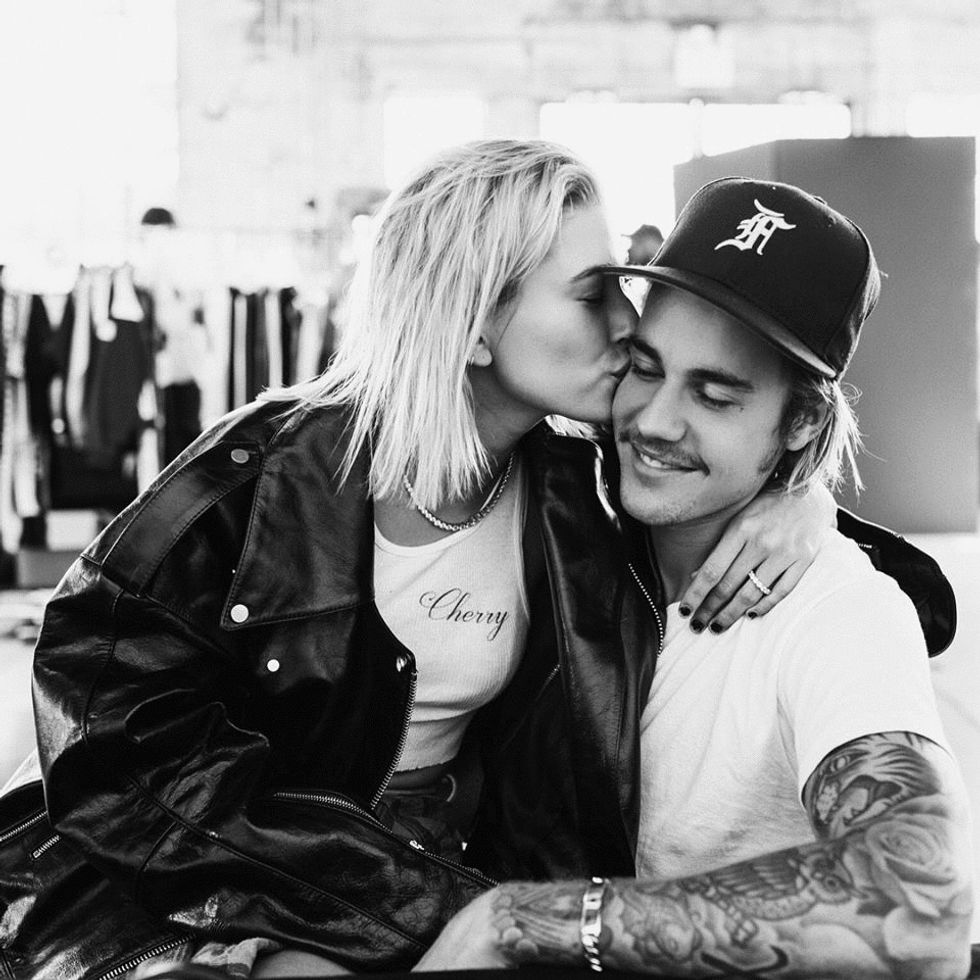 You know that old "I'm pregnant!" joke people used to do on April Fools? And how we stopped doing that because it can be pretty insensitive to people who can't have kids or have had a miscarriage?

Justin decided it would be funny to post several pics on Instagram on April 1 that suggested his new wife, Hailey Baldwin Bieber, was pregnant. He pretty quickly revealed it was all, in fact, an April Fool's joke. And unsurprisingly, many people didn't find it funny.

To state off the bat, not everyone who has experienced a miscarriage or infertility felt this was an off-color joke.

I saw many a comment from women who said they had dealt with infertility or miscarriages and said, "Look, I've dealt with this, but I realize it's a joke and not something personal at me." I have to say, that's pretty huge. Struggling with infertility, miscarriages, or just knowing you can't have kids can be emotionally taxing. To see something like this and not feel hurt or like it was insensitive takes some serious emotional strength.

However, the number of comments I saw from women who didn't find this funny FAR outnumbered those who didn't care. Even my aunt, who struggled with infertility in the past, said she "detests these jokes."

There are so many women out there who struggle with fertility or miscarriages.

According to the Office of Women's Health, 10% of women ages 15-44 across the U.S. have "difficulty getting pregnant or staying pregnant." For a better frame of reference, that's 6.1 MILLION women. The CDC states that 12% of women ages 15-44 who struggle with trying to get pregnant - that is, 7.3 MILLION women - have used some sort of fertility service. And none of these numbers even takes into account trans people who can't bear their own kids.

Imagine wanting to start a family, have a kid - and knowing the likelihood of bearing your own child is slim to none, or just entirely impossible. Then imagine you see someone who is perfectly healthy pretend they're pregnant to get a few laughs. It's pretty easy to see now why such a joke can feel like a slap in the face when you're struggling.

And if you've suffered a miscarriage? The trauma is worse.

Roughly 1 in 4 confirmed pregnancies end in a miscarriage. That's not even including miscarriages that occur to women who weren't aware they were pregnant. And if you suffer a miscarriage once, there's potential (albeit low) that any future pregnancies may end the same way.

A miscarriage is one of the most traumatic experiences a woman can go through. It's not just the physical pain of it - it's more the emotional pain. You're all ready to welcome your child to the world, just to lose them before they can even take a breath. 4 in 10 women who suffer a miscarriage show symptoms of PTSD. As in, the mental disorder you typically associate with soldiers and military veterans.

Bieber has since posted an apology to Instagram, saying he didn't mean to be insensitive and "I'm a prankster, it's APRIL FOOLS."

While his apology sounds genuine, I wish he hadn't made the joke in the first place.

I will give Bieber this - the fact that he actually shared a pretty genuine-sounding apology is big for him. He hasn't really shown himself to be much of a mature adult over the years, so to see this change in him accepting responsibility and writing something pretty adult surprised me.

In the future, if you're thinking about pulling a prank like this? Learn from Bieber and just don't.

justin bieber april fools
Report this Content
This article has not been reviewed by Odyssey HQ and solely reflects the ideas and opinions of the creator.
Swoon