Dispatches From The Co-Ed Roommate Front

Observations by a man who lives (and works) with a woman he has never met before. 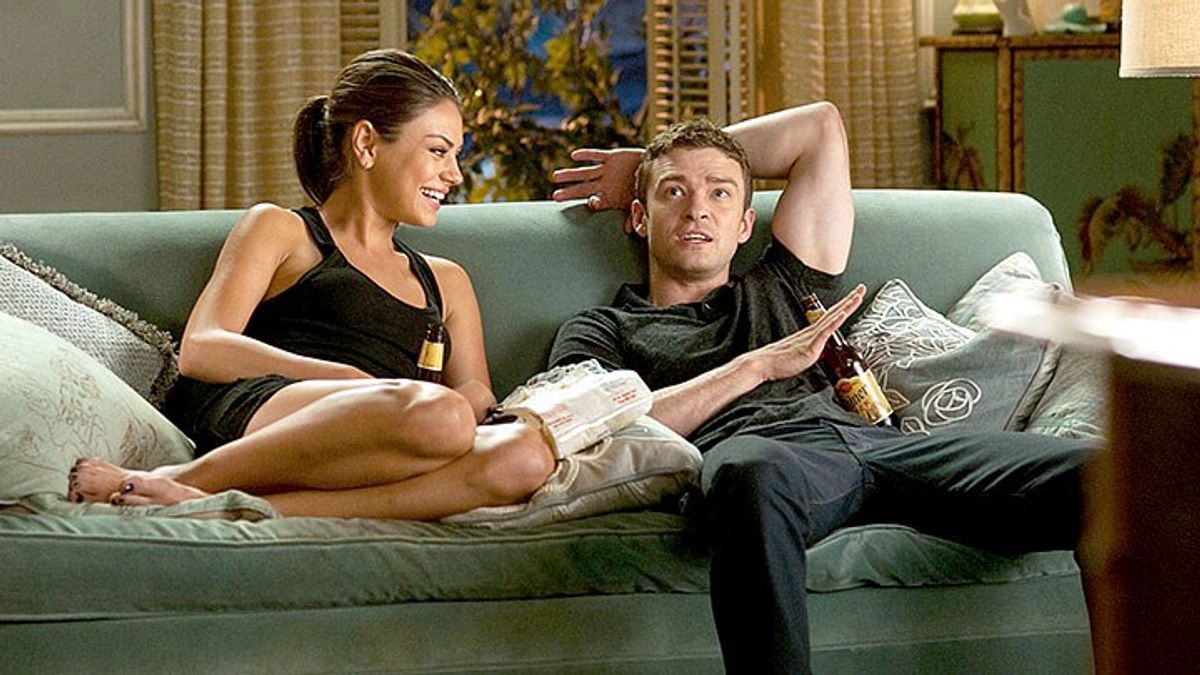 It's day 39, a Tuesday, and my 10-week case study on the female species is almost half way over. Thirty-nine days ago, many of you were gearing up for an eventful Memorial Day weekend with friends and family. Where was I? I was beginning an expedition into uncharted territory. Into the unknown I drove, from Indianapolis to New York City to move into an apartment with Ashlyn Thompson, age 21. The very first time we spoke to each other was under a minute and exactly four flights of stairs away from the moment we moved into our small, unfurnished studio apartment together.

I'm here to report my findings as the six-week mark approaches.

Day 1: No cause for alarm yet. She seems to have well-developed social skills and personal hygiene, but has unpacked quite a few pairs of shoes for only bringing one suitcase. I count 14. She hasn't made any threatening gestures yet, so I think it's safe to sleep here tonight.

Day 4: I've discovered that wine is effective for mitigating her aggression. This could prove useful.

Day 8: She has begun to mark her territory. I've found strands of long red hair all over, like she's plucking them, four or five at a time, and placing them strategically around the apartment next to half empty glasses of wine. I've found a concentration of hair in the bathroom, a clear attempt to lay her claim to it. It's in the shower, in the sink, on the floor, stuck to the mirror, woven into the hand towels, everywhere. I find them clinging to my shirts no matter how many times I wash them. Even at work, I will reach into my pocket for my key card and find more bright red strands of hair. I think she's trying to send me a message.

Day 13: I may have found a weakness. We walked past an Anthropologie today and something took hold of her. She had trouble forming words and couldn't avert her gaze. She entered the store and was not seen again for several hours.

Day 17: Today was an unusual day. I have yet to feel any real danger, but such lavish gestures of good will have become more and more frequent. She lets me eat her left overs from time to time. Earlier this week, I left the toilet seat up and nothing happened. I've heard that kind of slip up can get you killed in this environment. The day after that, she prepared a delicious meal of spicy fish tacos and even did the dishes herself. I think it's a trap.

Day 21: Possibly my most significant finding yet, food can be used as leverage when it's scarce.

Day 24: I've had my guard up ever since she made those fish tacos, but nothing's happened. I've cooked, cleaned, and taken the trash out several times in an attempt to maintain a good standing relationship. She's given me easier access to the bathroom, but the strands of red hair can still be seen throughout. Other than the shedding, morale is high.

Day 30: A month has passed, and she has only worn three of the 14 pairs of shoes she packed.

Day 37: After nearly six weeks, I think it may be possible to survive in this environment. I've found that if I am not romantically involved with her, spending every waking moment with her becomes much more manageable. We've started to recognize each others' habits and have even learned to work together. For instance, we take turns cleaning the apartment at reasonable intervals. Sometimes I will cook and she will do the dishes for me, or vice versa. Much to my surprise, we have learned to form a mutually beneficial relationship despite the suddenly close quarters and lack of privacy. But rest assured, I have remained alert. The female species is an unpredictable one.