The subculture itself should probably be cancelled. 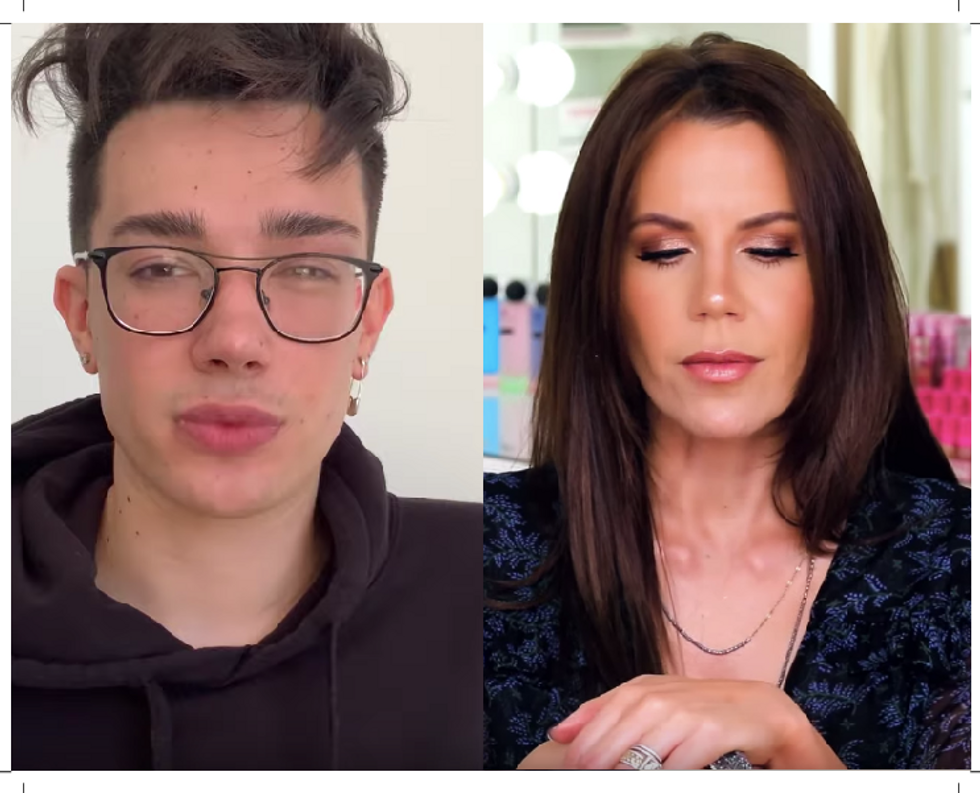 When Westbrook previously asked Charles if he could publicize her brand, he refused on the basis that his subscribers were too young, calling it inappropriate. Westbrook saw his endorsement of SugarBearHair as a massive betrayal.

Although this incident sparked the conflict, there was far more drama included in the 43-minute exposé. Westbrook mentioned Charles' allegedly inappropriate behavior towards straight men, specifically a waiter at a restaurant, coercing them to perform sexual favors for him. She claimed that Charles actively talked behind Westbrook's back and made her friends uncomfortable with sexual comments.

Within minutes of Tati uploading the video, the internet canceled James Charles.

Charles uploaded an apology video called "tati" in response. It has nearly 3 million dislikes, making it the 8th most disliked video on Youtube.

It's completely valid to unfollow a creator who you find problematic or ill-mannered, as many people did. The aftermath of the drama, however, exposed a different side of online culture.

#JamesCharlesIsOverParty was trending on Twitter, mainly consisting of lighthearted GIFs and memes. Outside of that, many users claimed that James Charles had already "been canceled" due to his actions over the past few years. These "scandals" have included racist jokes about Ebola and transphobic remarks regarding his attraction to trans men. Without hesitation, some users called out the thousands of people who excused said scandals until straight men were included in one.

This is the epitome of "cancel culture", whereas if an influencer acts out or says something highly problematic and oppressive (racist, homophobic, xenophobic, transphobic, sexist, etc.), they will be "canceled" or not given any praise or positive attention in the future. While it's appealing to cancel problematic and oppressive people, there are multiple problems within cancel culture.

First, the grounds to cancel someone are wildly inconsistent. Sometimes the internet decides to cancel people for things they've said anywhere from a year to a decade ago, while some are canceled immediately. Why was James Charles canceled the second Tati's video premiered while Shane Dawson wasn't held accountable until five years after a grossly insensitive pedophilia joke? That's a great deal of time to change, but is it still grounds to cancel?

In cancel culture, there's no clear line between forgiving someone for their actions and dismissing offensive behavior. As soon as one person decides someone is canceled, it seems that everyone does the same, no matter when or how it happened.

This brings us to our next point: the same people get canceled over and over again, which implies they were never actually canceled, to begin with. I'll stick with Shane Dawson as an example. Some of the reasons behind his cancellations include bestiality jokes, blackface, working with Jeffree Star (who was also canceled for racist jokes), and the pedophilia joke.

Though he's been canceled before, his docuseries are immensely popular and have millions of views on Youtube. Shane Dawson gets canceled, forgiven, canceled, and forgiven again. If people were so mad about what he did, why do they keep watching?

Unlike Dawson, Charles had a massive dip in subscriber count, implying that he might actually be canceled this time around. I'll remind you that the difference between this and Charles' past scandals is that this impacts a majority group rather than a minority.

Twitter users pride themselves on their "woke" culture, often hopping on the bandwagon as soon as a "canceled" tag starts trending. This phenomenon calls into question the intentions of cancel culture; whether canceling someone is a performative act more than it is an ethical one.

On 05/16, Tati uploaded a video called "Why I Did It" explaining that she never meant to cause so much hate on the internet.

Two days later on 05/18, James Charles uploaded a video called "No More Lies". He claims that the "straight" waiter was actually bi, emphasizing that their interactions were consensual. Charles also calls Tati Westbrook a liar and claims that she made up his "uncomfortable" sexual comments and betrayal. Furthermore, he released screenshots of text messages between him and Westbrook as well as messages from Jeffree Star, who claimed he was "a danger to society". These messages revealed that multiple other Youtube creators planned on making videos to call out Charles' behavior. Soon after Charles' video premiered, Jeffree Star tweeted this:

It's unclear what Charles' cancel status is We'll see how long that lasts...

And that's the tea, sis.