Entering The Rabbit Hole: A Lil Look At Kanye

Entering The Rabbit Hole: A Lil Look At Kanye

Dipping my toes into understanding the ever fascinating Kanye West. 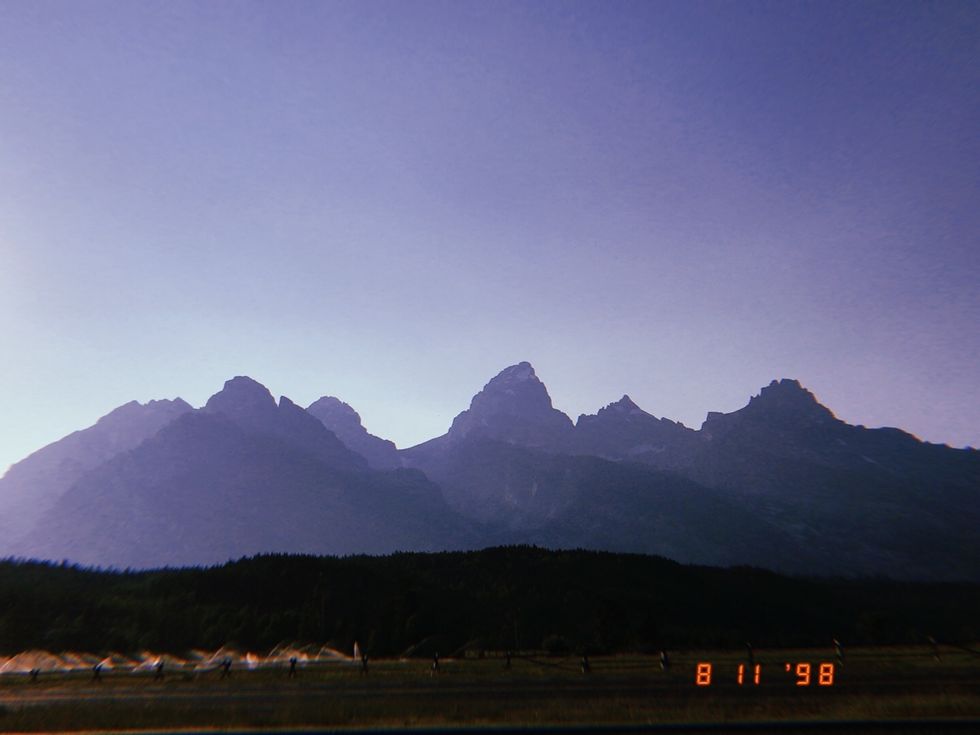 I think due to my age at the time of, "the rise of Kanye", as well as, my disregard and dissociation for everything Kardashian. I missed out on a crucial propionate and figure in rap, so I decided that it was finally time I learn a little about this multifaceted artist, philosopher, and human being, Kanye West.

With the recent release of "ye" which features, on its album cover, the same mountain rage that I grew up seeing daily on my morning commute to school, and is etched on the inside of my left arm, Kanye West became much more present in my life. The summer of 2018 brought with it three summer jobs, a desire to spend as much time outside as possible, and an exhausting and encompassing eating disorder. The addition of Kanye West to my small 10,000-person town, Jackson Hole, Wyoming, was exciting, but I had other, more precedent, things on my mind. I did my thing, and from what I gather from friends, the media, and assumption, Kanye did his thing. And after reading an article published by, Rolling Stone, on Kanye's need for an escape which (claimed by the article) he was able to find in the 30ish mile valley that I spend most of my time in, I felt a twinge of connection. In the midst of the Rocky Mountains we both of found a need for the beauty and peace that the mountain environment provides.

The fact that such an influential and famous person was casually strolling along the highway, and eating at the local BBQ place was very strange to me. It was even more strange to my friends back at school in Pennsylvania. People couldn't image a person like Kayne liking and being a part of my town. After being weirdly called out for lying by a stout Long Island acquaintance, I realized not all people are going to understand or believe my stories, life, and beliefs and that's ok. I think Kanye came to a similar realization somewhere in his life.

To start my journey into understanding the art form, music, and literature produced by Kanye, I chose to first listen to his album, "Yeezus". Now I could have chosen one of Kanye's earlier albums, or gone in a chronological order, but I knew a few songs that I liked on Yeezus, and thought (from my limited knowledge) it would be a good album to listen to at the gym. The following is my first analysis, thoughts, and opinions on the work. I am starting with the first song, and will be working through the album. Due to the enormous amount of lyrical, structural, and musical content in this album, I am going to take my time with dissecting it. Today I am starting with the first song.

The opener of the album hits the ears with virtuosity. Harnessing and exposing Kanye's frustration and anger he felt during the production of the album. The song holds a simple, grinding, robotic, and futuristic beat until it breaks at 1:20 with a dream-like, harmonic, and beautiful interlude. The beginning and ending of the song really do put strain on the ears which make the peaceful interlude even more striking. Serving as a rest for the loud electronic background. The song itself was produced by Benji B, Daft Punk, Kanye West, and Mike Dean. In listening to other songs by Daft Punk, parallels of robotic, simplistic, and groovy beats can be seen.

Content wise, the album seems to pair an internal rise of Kanye's ego, a battle with mental health, a coming of social consciousness, a love and hate of attention and fame, and a modern romance all in duration of ten songs. "On Sight" sets the scene.

First by showing Kanye's disregard for media and the industry. He does not care, doesn't care how the media sees him, society sees him, or you see him. The chorus of the song, simply, "On sight, on sight" has thematic importance. Encompassing both the relationship between police and the sight on their gun, and the media's depiction of Kanye. Ultimately explaining how the individual only perceives what they have been shaped to see, or what they want to see. Everyone perceives Kanye through the scope of the media, and Kanye, in the album, appears to be sick, tired, and over it.

The most intriguing part of the song has to be the interlude where Kanye uses a chorus from the song, "He'll Give Us What We Really Need", by the Holy Name of Mary Choral Family. The soulful snippet reflects Kanye's Christian upbringing in Chicago, and also hints at Kanye's self-proclaimed powerful ego. The words within the interlude are, "He'll give us what we need/ It may not be what we want". This line can be taken in two ways. A reference to Kanye's spirituality and belief and mistrust in a God. It can also be understood in reference to Kanye's image of himself as a God. Now I am personally unsure if Kanye really sees himself as a God, but that is an issue for another day and another song (maybe the one called "I Am A God) The interlude also eludes to Kanye's production of music as a need for the public, society, etc. Kanye is going to produce the content he needs to be heard, and it may not be what the media and public want from him, but it is what they get.

"On Sight" drives home another central point that Kanye does not care what you or anyone else thinks. He is going to continue making music that causes conversation, influences people, and makes people question and think. And I like that.