It's Not Time To Give Up On The Great Barrier Reef

It's dying, but not dead. 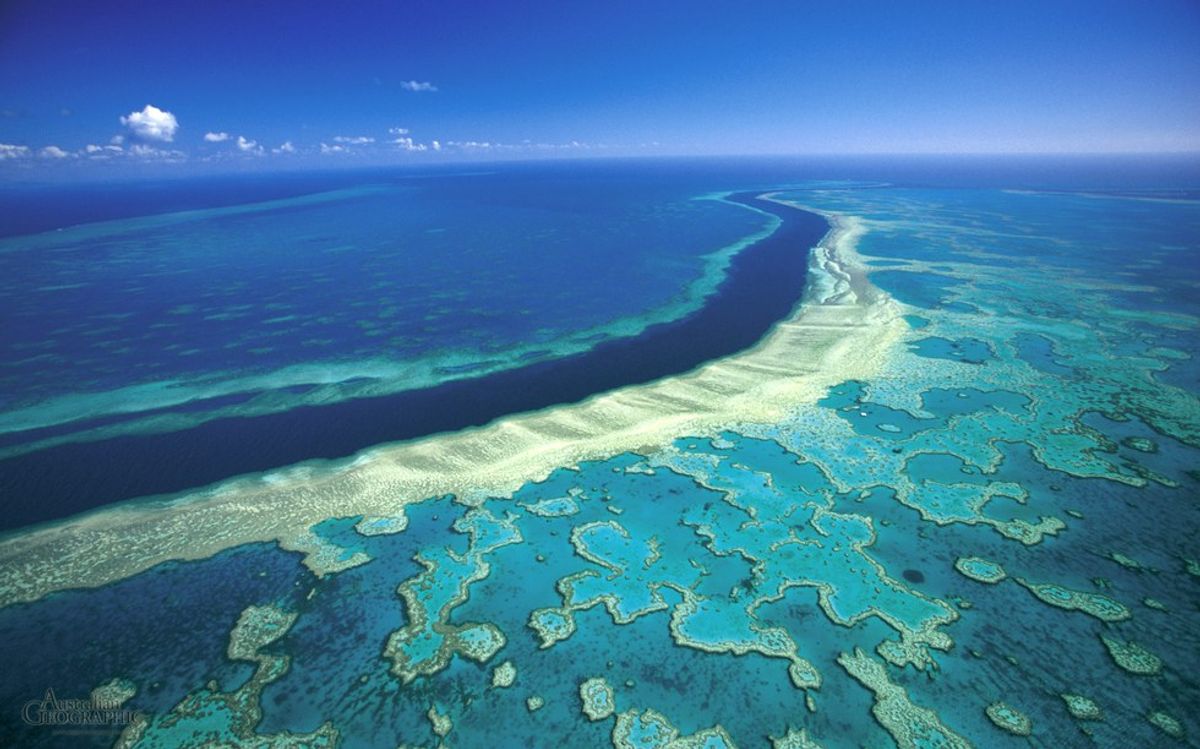 A few days ago, an article was published by Outside Magazine that publicly mourned the death of the Great Barrier Reef, a 1,600 mile long expanse of underwater marine life located on the coast of Australia.

The crazy part about this article being released is not how much attention it has gained on social media and around the world. It’s not how much distress it has caused people. It’s the fact that most of its content was purposefully exaggerated and thrown way out of proportion to specifically convince people that the reef is dead, gone, and useless, with no hope or point left in saving it. While many of the claims made in the article do highlight the scary possibility of complete destruction that could happen in the near future, the specific word “death” that the magazine has chosen to include in the title intentionally stirs the pot and demands attention from anyone who is willing to buy into the dramatic words. We should all accept the proven fact that the Great Barrier reef is in the process of losing all of its grand splendor that gives it life, but it is just as important to recognize that the reef is not completely gone, and there is still hope in saving it.

This flourishing stretch of reef has faded over time and been decreasing more rapidly in recent years because of several factors, many of these due to the work of human hands. Climate change and globally increasing ocean temperatures have put major stress on the coral reefs and caused them to bleach. Pollution from pesticides running off from rivers into the ocean have similarly harmed the Great Barrier Reef by decreasing salinity levels. And so much human exposure throughout the years through tourism could also have been a contributor to the damage.

When we blindly accept all of these impossible factors stacked up against us and decide that saving the reef is a feat that can never be achieved, we aren’t following through with our duties as human beings renting a room on this earth. Since we are conscious of our actions and have the ability to make a change, we have the responsibility to do so.

You’re probably thinking there’s no way I can make a difference; I’m only one person—a minute speck who pales in comparison to the immense scale of the world. Well I’ll be honest with you. When it comes to solving the ecological problems of the world, I’ll be the first to admit that I’m no environmental activist. I struggle to do simple things like remembering to recycle plastic water bottles and turning off the lights when I leave a room. And even though I make an effort to shorten my showers and leave the water faucet off when I’m brushing my teeth, it still doesn’t feel like I’m making a difference. But that’s where my train of thought is completely wrong. Every little bit of action we take helps, no matter how small it may seem. And if each person committed to taking conscious strides to adjust a simple part of their daily routines in order to lessen the excessive amount of energy, water, and natural resources that go to waste, significant worldwide improvement is within reach. Though, it’s down to us to make that change happen.

Here’s where another roadblock comes into play: you are probably hoping and assuming that enough people out there will read this call to action and take it upon themselves to fix this huge dangerous environmental problem so you can sit back and avoid doing any of the work. But that kind of attitude is what got us in this predicament today. We need to completely adjust the way we view this issue starting with our approach. Believe that you can make a difference, and then make sure that belief is followed through. Starting small with what you can do will translate into big changes that will do more than you know. And remember that the Great Barrier Reef is still a beautiful part of our world that we should care enough about to put efforts into saving it. It’s not gone yet, so don’t let the article fool you.