Elliot Page has just announced that he is transgender, and here's how Netflix is showing its support. 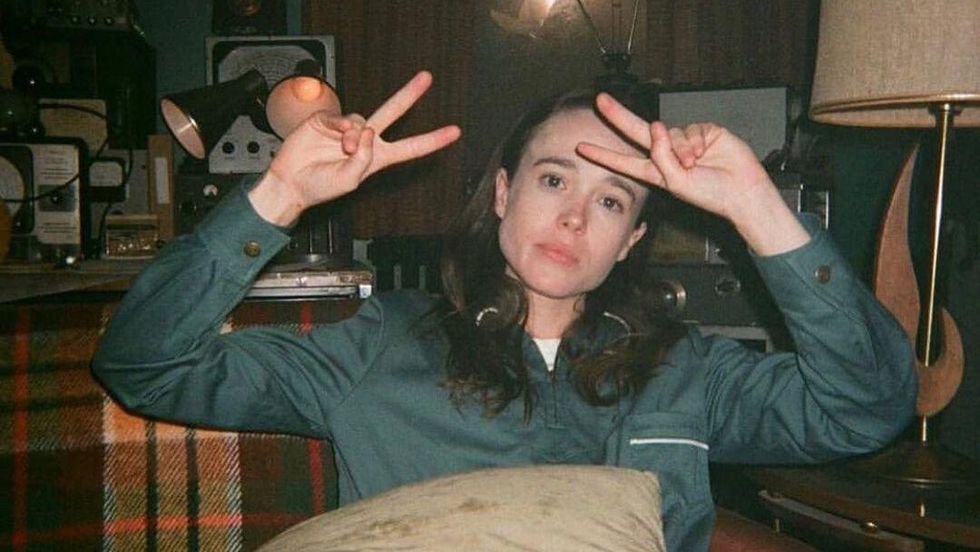 One of my favorite shows is a Netflix Original called "The Umbrella Academy." It has tons of action, a lot of drama, and so many twists and turns that you have to pay attention so you don't miss anything. A character who is a large part of the show is a cisgender woman named Vanya who is played by Elliot Page.

On Tuesday, Dec. 2, Page recently came out on social media as a gender non-binary transgender person.

Elliot Page's birth name was Ellen, but when he announced he was transgender, he decided to change it to a name of his choosing. The show, however, has announced that it will not be changing the gender of the character Vanya on the show. Even though most of the feedback from Elliot's social media announcement has been encouraging, with big stars like Miley Cyrus commenting to show support, there have been some fans saying that Vanya should be re-casted with a cisgender female actress. But Elliot Page is here to stay for the superhero show that has been renewed for a third season, and Netflix is already changing their system's data. They are updating Page's information across their platform, changing the credits for any movie or show he has been in that can be streamed on their platform.

As far as how Netflix is handling this, I believe that they are doing the right thing and treating Elliot Page fairly. Not only are they supporting Elliot Page, who is just one person, but by doing this, they are also supporting the whole LGBTQ community.

By showing up and changing things so that Page gets the recognition he deserves correctly, they are showing the world two things: one, that it is OK to be comfortable in your own skin; and two, that our society needs to become more accepting to everyone.

More streaming services should follow Netflix's example of how to handle an actor embracing their true self like Elliot Page.

This way, more people who are scared or nervous to make their own transition will feel more comfortable. Netflix understands and knows that people go there for entertainment and enjoyment, and there are millions who watch shows and movies on Netflix. Many people are using streaming services like Netflix now instead of regular cable television, so seeing that this large platform supports Elliot Page is a step in the right direction for all LGBTQ actors, actresses, and the entire community as well.