How Far Would You Poké​mon Go?
Odyssey

How Far Would You Poké​mon Go? 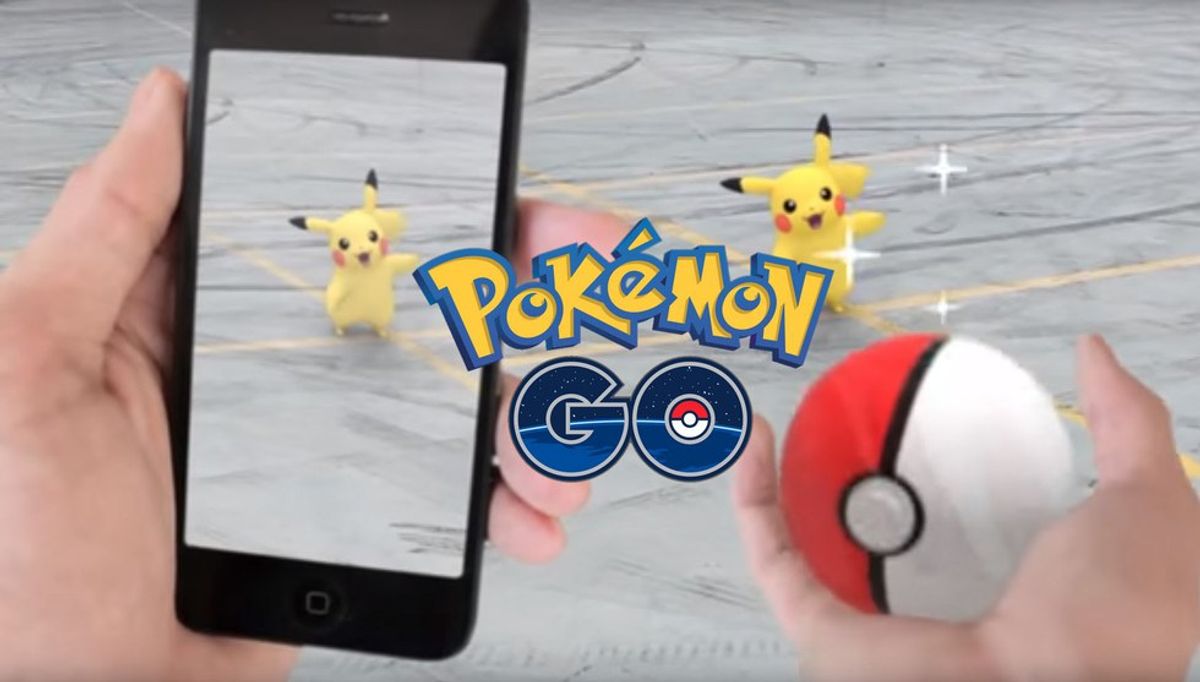 When Pokémon Go was released on June 6th, it took the world by storm. Or, at least, it took the US, Australia and New Zealand, where it was released that day, by storm. Since then, it's been released in several other countries and taken over in those places, too.

Memes have flooded the internet about how the game is making nerds everywhere actually go outside and get some exercise, which is not an untrue statement. Players are fighting over which of the three teams aspiring Pokémon trainers can join (Instinct, Mystic, or Valor) is the best. (The answer is obviously Valor.) And of course, it gives us all the opportunity we've always dreamed of: to catch Pokémon in real life.

Besides the excitement and pure joy it's brought to Pokémon fans around the world, it's also been the root of some very interesting news stories. Let's just say Pokémon fans can be, well, fanatics. Here are 7 times Pokémon fans have done the most while trying to catch 'em all.

1. A Vaporeon caused a "stampede" of players in Central Park.

Apparently a Vaporeon, the water-type evolution of the Pokémon Eevee, appeared in Central Park. Video footage shows a crowd literally stampeding "like a herd of wildebeest," according the the person who uploaded the video, into the park to catch it. Nature sure is amazing.

Yep. Lines like "I'm fairly certain there is a Pikachu at this open house" have literally been in listings for million-dollar homes. You could analyze and say a lot more about this phenomenon, but for now, let's agree that this is kind of hilarious.

This is a little less funny, seeing as real people sustained real injuries, but it's still pretty ridiculous. Two men in their early twenties were playing Pokémon Go in San Diego and ignored (or completely missed) warning signs leading to a cliff and fell off. So much for the game's warning to stay aware of your surroundings. (I'm not joking; please take it seriously.)

4. A Detroit man got arrested while playing.

This 26-year-old man was wanted for arrest after failing to appear in court for breaking and entering. He didn't notice where he was going and was biking to a Pokémon gym that just so happened to be at a police station. He was arrested immediately.

Churches are often sites of Pokéstops (where players can get resources like Pokéballs, healing potions, Pokémon eggs and other useful items) and Pokémon gyms (where trainers battle one another). The Westboro Baptist Church also happens to be a Pokémon gym. A truly amazing Pokémon trainer took over this gym with a fairy-type Pokemon known as Clefairy, which they named "Loveislove."

There are so many things about this that are absolutely hilarious. There's the fact that the Westboro Baptist Church, a literal religious hate group, responded to a player trolling them via Pokémon Go. There's also the fact that they are using Pokémon Go as propaganda. And perhaps the most astonishing fact is that they used Jigglypuff, of all 151 available (or 721 total) Pokémon, as their mascot against the "sodomite" Clefairy. It's almost too much to handle.

7. A New Zealand man quit his job to pursue Pokémon

This is a case of "follow your dreams" that I don't think most of us would have imagined. A 24-year-old New Zealand man actually quit his job so that he could spend the next two months catching all the Pokémon. Talk about wanting to be the very best like no one ever was.

With all the more serious, heavy topics we hear in the news, it's nice to be able to look at the impact one mobile phone game (attached to a huge franchise as it may be) can have on so many people. While not all the stories that have come out of this game are positive, many of them will give you a good laugh. And though I hate the phrase "boys will be boys," I think it's safe to say that nerds will be nerds.