Hannah Brown, You Had Your Chance With Peter, And Now It Is Time To Cut Your Losses And MOVE ON

Hannah Brown, You Had Your Chance With Peter, And Now It Is Time To Cut Your Losses And MOVE ON 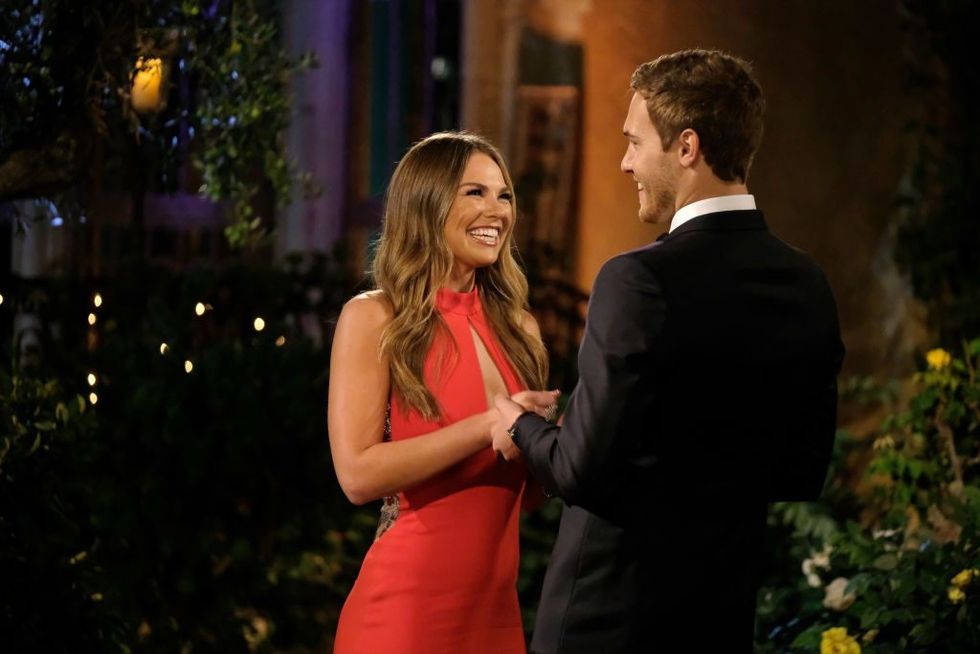 Unless you have been living under a rock, you know that season 24 of "The Bachelor" premiered last night. The lucky bachelor this season is Peter Weber, also known as Pilot Pete.

Peter, 28, placed third in this past season of "The Bachelorette", barely short of that final rose from Hannah Brown.

Now Peter is the center of attention and has 30 beautiful women lined up in an attempt to win his heart.

He's handsome, kind, AND a pilot! I mean, what girl wouldn't want a piece of that? The answer: most females across the nation, the 30 contestants, and . . . Hannah Brown?

The drama began last night after all of the contestants introduced themselves to Peter. A final limousine pulled up to the mansion, and it was none other than Hannah herself.

Naturally, the contestants were panicking. It turns out that she was only there to return a gift he had given her at the beginning of the previous season. She gave him a hug, rode away in the limo, and all was well.

Let's skip ahead a bit. The first group date went pretty well, except for Kelly cheating in the Top Gun relay race and the other contestants turning against her. Peter's one-on-one date with Madison displayed how sweet our favorite pilot really is. Then it was time for the second group date.

Peter said he had a friend who knew him very well plan this particular date. Of course, his "friend" was HANNAH FREAKING BROWN. They walked in and she was standing beside a windmill. She preceded to tell the story about she and Peter did the deed four times in a windmill during her season. Once again, it was the Hannah B. show.

In the middle of this, Peter found Hannah in a room by herself sobbing, like every ex-Bachelorette does. She goes on to explain how painful it was to see him with all of these other girls and how she thinks about him all the time.

She goes as far as to say that she regrets not picking him in the end. Of course, since they have history, Peter is feeling pretty confused about his feelings.

They also discuss how, after the scandal with Jed Wyatt, she called up Tyler Cameron and not him. The episode ended, and was left with utter annoyance.

Hannah needs to understand that she had her chance with him, and she screwed it up. I remember watching Peter bawl his eyes out after she sent him home.

He was head over heels for her. She cannot just waltz into HIS SEASON OF "THE BACHELOR" and expect to pick up the pieces with him. She is emotionally manipulative, and it is not fair to the contestants or Peter.

Anyway, that's my rant on Hannah Brown and how entitled I think she is. However, I think Peter will come to his senses soon and realize how toxic she is.