The Great Debate of the Redhead
Odyssey

The Great Debate of the Redhead

"We Wants the Redhead!" 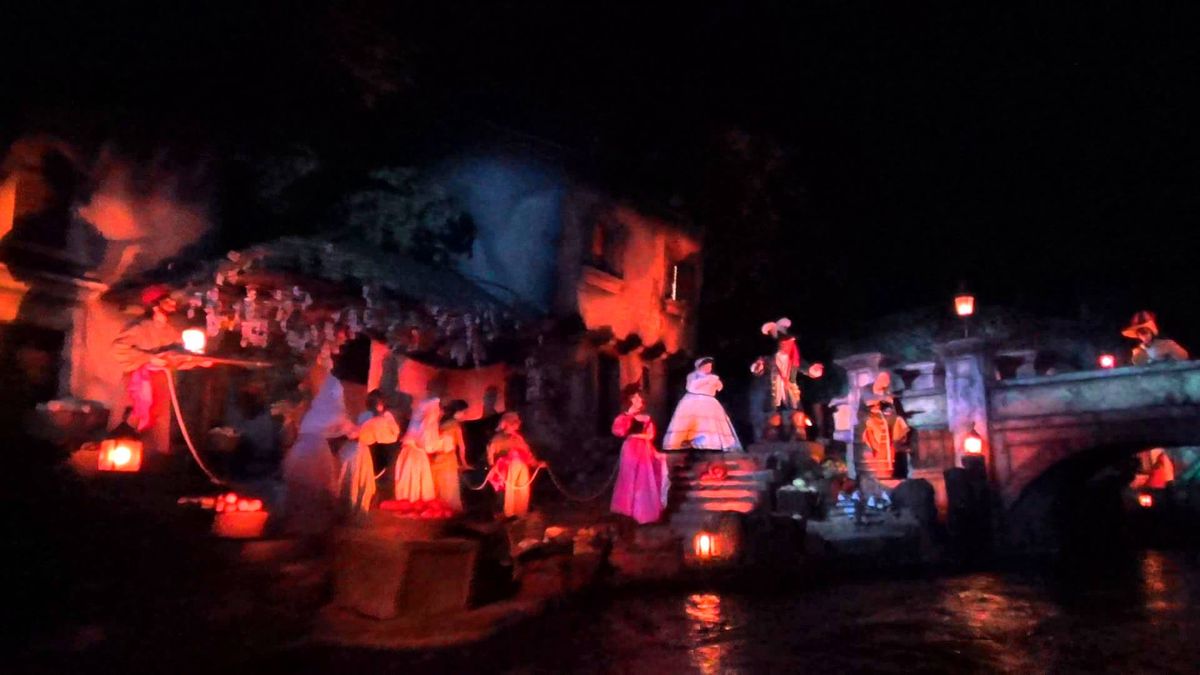 This week it was announced that the famous auction scene in the Pirates of the Caribbean ride will now be replaced with a different scene at both The Disneyland Resort, Walt Disney World's Magic Kingdom, and Disneyland Paris. Instead of depicting women being auctioned off as brides to the pirates who are repeatedly chanting "We want's the Redhead!", the scene will instead feature the famous "Redhead" herself as a pirate auctioning off items from the homes of the village that the crew has just plundered.

Fans however, have mixed reactions to this news and I am in the middle about the decision as well (although very much find myself leaning towards the change). Here's why:

It's a classic memorable scene:

Overall the ride itself is iconic whenever you think about the Disney Parks. Practically each Disney Park has a variation of the ride and in most of them this scene is featured. It's one of the most memorable scenes on the ride, I even know some people who can quote it word for word. Not to mention there is even merchandise based on this scene.

To have it be practically erased, is disappointing since it's been there from the beginning.

Pirates aren't supposed to be nice:

I mean the words of the song pretty much explain this argument, with phrases like "We kidnap and ravage and don't give a hoot. Drink up me 'earties, yo ho" basically telling you that pirates weren't the greatest role models. A lot of people are arguing that the reason behind the change is because of the negativity this scene has, when the obvious argument against it is that of course it's supposed to be bad, they're pirates!

Will there be new slightly creepy animatronics in the replacement scene?:

I have not been on the new Na'vi River Journey ride at Animal Kingdom, but I have seen images of the new animatronic for the central part of the attraction which is the "Shaman of Songs".

Needless to say it is an amazing piece of technology, but also kind of creepy. The question is with this being such an advancement in Disney technology does this mean that the new refurbishment of the scene will get a fantastic look like the "Shaman of Songs"? If it does will it mesh well with the rest of the ride, and will it also look slightly creepy?

It would actually make one cool fan theory a reality:

In Disneyland and I think Magic Kingdom's version of the ride, at the very beginning of the attraction your boat floats past a portrait of a red headed woman in a pirates hat.

Many have speculated that the woman in this photo is actually the same Redhead from the auction scene and the portrait is foreshadowing of her story of after the auction. It's even titled A Portrait of Things to Come. With the change this would actually confirm that theory showing that the painting was the Redhead the whole time.

The pirates are still being pirates:

So what that the pirates won't be auctioning off women in the new scene, they are still going to be acting like pirates in the new one. Once again I shall refer to the song with its lyrics to prove my point: "We extort and pilfer, we filch and sack....maraud and embezzle and even highjack. Drink up me 'earties, yo ho". The pirates will be doing all of that in the new scene, just with an awesome female pirate leading it all.

It's not the first time they've made changes to the female characters on the ride:

In the earlier years of the ride there were a couple scenes that featured the pirates chasing after women.

Granted these animatronics are only in the background but it still was noticeable enough for changes to be made as one can see now, when they ride the attraction. It is now the women chasing the pirates around, fighting back.

Think about the children!:

Disney Imagineering legend, Marty Sklar has recently stated about the change in scene that "the Imagineers are simply reflecting what Walt started the day Disneyland opened – making changes that create exciting new experiences for our guests"

Won't future pirates miss the auction scene though? Probably not, and here's why. Meet Meg and Jane of @youngjaneandlittlemeg_in_dland who I think predicted this change before all of us!

Even before the decision for the change of scene was made Meg had already devised the Redhead's story for herself about " how she escapes to steal her own pirate ship". and even found "this character really empowering for her". Upon the announcement of the change @youngjaneandlittlemeg_in_dland stated "what took Disney so long to figure this out?!?". So I think there is no need to worry about how the kids will react to the change

Where do you stand in this great debate?