Why Eternal is the Best Digital Card Game
Odyssey

Why Eternal is the Best Digital Card Game

Lighter than Magic, Deeper than Hearthstone. 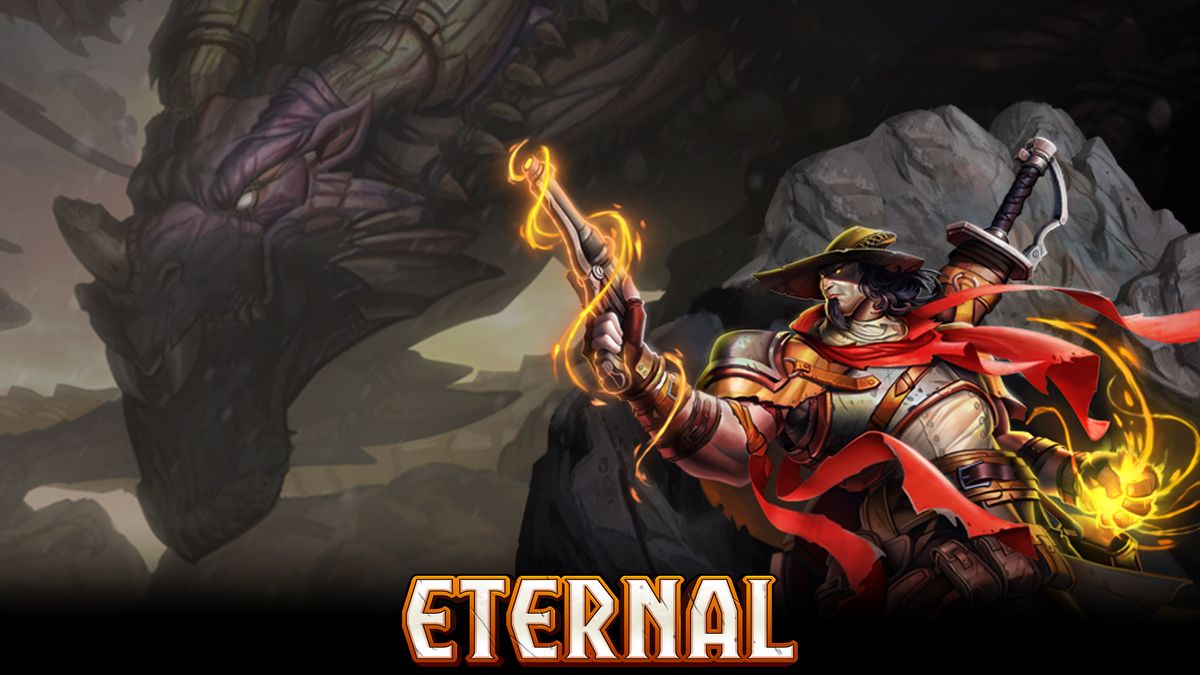 As you may already know, I am an avid player of Magic: The Gathering. With a set of evenly calibrated decks, you and your friends can have a good, cerebral time slinging cardboard spells at each other. However, this summer, I discovered a significant flaw with the game: if you don't have anyone to play with, the game is pointless. I had a bit of a falling out with last summer's sparring partner, and my work schedule was always busy Friday night so I couldn't go to the regularly-scheduled tournaments at my local game store. Wanting to scratch the strategic itch Magic usually filled, I did what many stymied nerds do when they long for satisfaction: I turned to the internet.

There are many digital card games that compete with Magic, as the largest part of the game's overhead (the actual physical cards) can be easily simulated. The most popular of these is Hearthstone, with over 70 million players. I am not one of them; I tried the game out shortly after its release, and it didn't really appeal to me. I also tried one called Faeria; it had an interesting concept and artwork, but also didn't cut the mustard. The one that did is Eternal.

Eternal is pretty much as close to Magic: The Gathering as you can get (at least without lawsuits from Wizards of the Coast): there are 5 "colors" of cards, you play special cards that give you points and colors you can use to play your other cards, and your job is to take all your opponent's life points before they take all of yours. Why don't I just play Magic online, you may ask? It's the first game of its kind, it should have a strong web presence. Yes, it does, but the client was created in 2002, and it shows.

While looking like Hearthstone and playing like Magic, Eternal has a few mechanics unique to it that take advantage of what can be done digitally. For instance, one of my favorite mechanics, Warcry, makes the next unit in your deck stronger each time a creature with Warcry attacks. It doesn't matter how deep in your deck it is, the next time you draw a creature its power and toughness will be that much bigger. This cannot be done in a game like Magic, as you would have to remember how many times you've activated Warcry, and remember to put that many tokens on the creature when you play it...

Another thing Eternal can do is change the numbers and text on cards for the entire game. There are many cards in both Magic and Eternal that provide temporary boosts and extra abilities, but in Magic most of those explicitly say "until end of turn": you could use counters, but those have explicit rule meanings. While there are a few of those cards in Eternal, many more grant your cards permanent upgrades, written in green onto the text box. These stay unless they are removed by other cards, whether the card is returned to the hand or put into the discard pile or even shuffled into the deck. Eternal can also double cards, add new cards into a deck, transform cards...the sky's the limit when you don't have to fit it on a piece of cardboard. And it all plays really smoothly. Makes sense, given that several Magic the Gathering pro players (yes, those exist) are on the design team.

It's very easy to get into Eternal, mostly because it is free-to-play. While in most cases I give up on free-to-play games after a couple of weeks due to the obvious paywalls most companies put in, Eternal is amazingly generous. Firstly, you get 5 free 75-card starter decks for finishing the tutorial, with 5 more given out over the next couple of weeks. Every time you win a match online, you get a free pack. If you complete certain quests, you get more packs, or just more cards. You can play against decent AI for in-game currency you use for draft (spontaneous deck-building) formats, which let you keep the cards. If you ever have more than 4 cards (the max you can use in a deck), you can turn them into crafting material for cards you want but haven't pulled. (One of the better things to crib from Hearthstone, in my opinion.) I've been playing for about a month and a half and I have about 80 percent of the cards, with only one in-app purchase both for a pretty sweet board decoration, the extra campaign mode, and a thank you for this wonderful game.

Does this mean I've given up on Magic: The Gathering? Heck no. While it is easier to fiddle around with deck construction when you don't have to move around and sleeve physical cards, no online experience can simulate the social experience of bantering over a good, fair duel. Even though, I'm interested to see where Eternal will be going; so far it only has 3 sets of cards versus Magic's 120, and there's much more room to grow. Maybe I could even get some of my Magic friends to play Eternal; there's no reason they can't enjoy both.