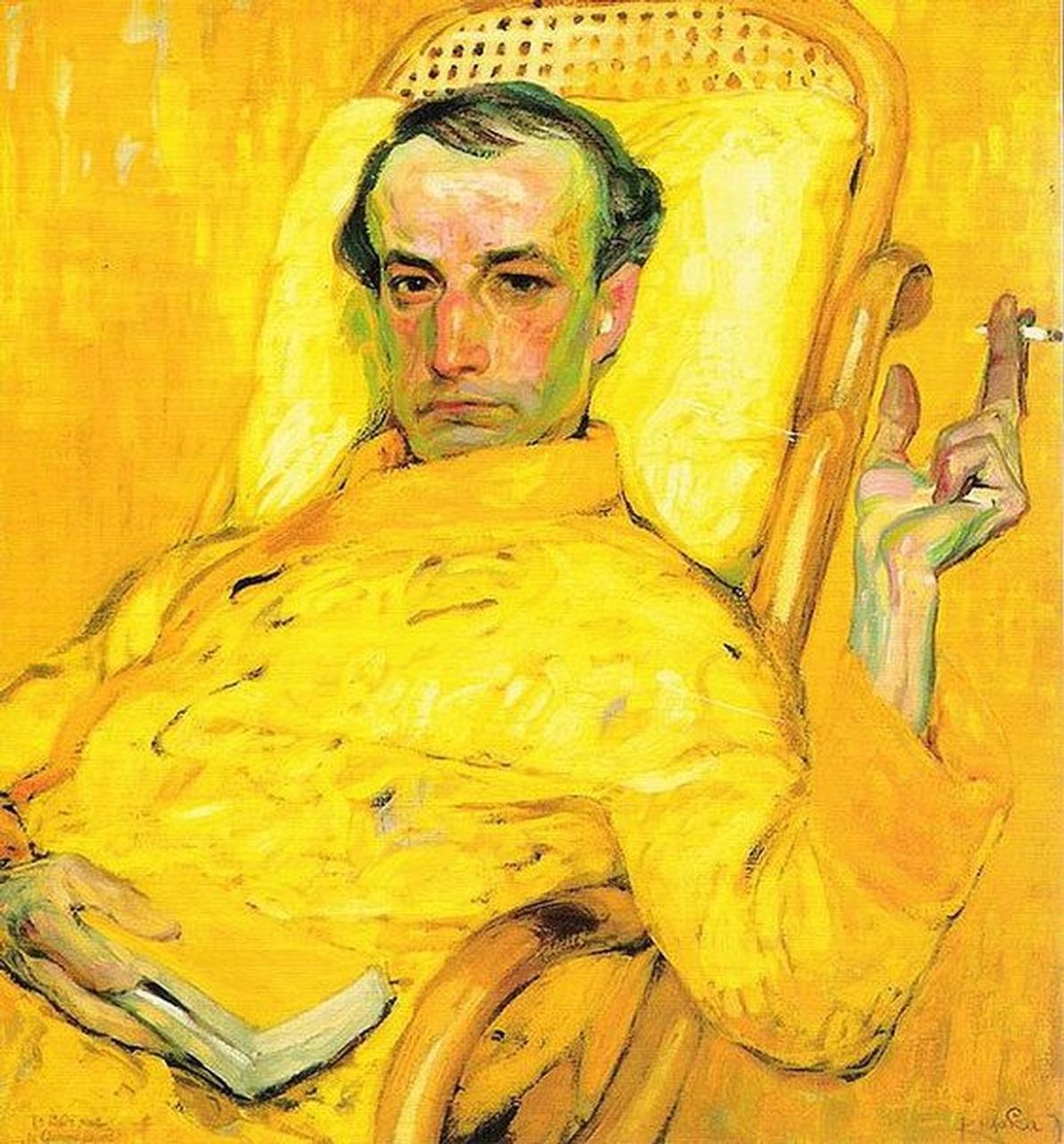 “To A Passer-By,” was published in a poetry book, To Flowers of Evil, written by French poet Charles Baudelaire. This poem was published in 1857. The original version of this poem was written in French. A best known English translated version is by William Aggeler. “To A Passer-By” is a sonnet that has four verses, which start with two quatrains and ends with two trecets. The subject of this poem is what a flâneur does when walking along the streets of Paris. The scene shown in this poem is the speaker playing the role of a flâneur, he sees a widow, chances are she will be in poverty soon, even become a prostitute to support herself. The speaker does not think of this, instead, he thinks about how seeing her reanimates him. When she vanishes the speaker wonders if he will have a chance to see her again, because of the vast population of the city.

In the second section, in the second line, “Tall, slender, in heavy mourning, majestic grief,” the speaker becomes distracted from concentrating on the city and becomes fixated on a woman. From the first line to the second line, the speaker’s change in perspective is shown through a range of emotions from irritation to admiration with just one sudden glance at the women. The speaker uses “majestic” to express admiration, and pairs this uplifting word with an unhappy word such as “mourning” creating a paradoxical line. It seems as if the speaker is beautifying the woman’s mourning time instead of feeling sympathy for her sadness. The words “heaving mourning, majestic grief” describe the action of the woman.

In the third line, “A woman passed, with a glittering hand” is a confirmation that the woman is in a mourning period, which is a part of France’s culture. Distinguishing the second and third lines, the speaker gives the predicate before the subject. In the fourth line, “Raising, swinging the hem and flounces of her skirt;” the speaker is solely focused on the woman more than the sounds of the city. “Swinging the hem and flounces on her skirt” explains how the woman is walking. In the fifth line, “Agile and graceful, her leg was like a statue's” the speaker uses a metaphor to compare the woman to a lifeless object such as a statue. In this same line, the reader sees the distinction between life and non-life. The speaker is classifying the woman as a piece of marble, which is often shining. The speaker is viewing the woman as a soft, smooth substance such as marble, a common material used for a statue.

In the third section, the ninth line, “A lightning flash . . . then night! Fleeting beauty” the speaker snaps back to the reality of the city, which is a place where crowds of people move quickly to get to their destination. In the tenth line, “By whose glance I was suddenly reborn,” the speaker is comparing the woman’s beauty to resuscitation, which is a process used to revive someone. In the eleventh line, “Will I see you no more before eternity?” the speaker contradicts himself from the first section where he wants to get away from the loud noise of the city. In contrast, now the speaker wants the woman, who represents the city; a place that makes the speaker feel like prey. In the twelfth line, “Elsewhere, far, far from here! too late! never perhaps!” the speaker wonders if he has a chance to see the beautiful woman again. “Far from here! Too late! Never perhaps” suggests the view of the woman is getting farther from the speaker. A number of exclamation points causes a change of rhythm that goes from calm to anxious. In the thirteenth line, “For I know not where you fled, you know not where I go,” again the speaker is aware the woman will never appear in sight again. In the fourteenth line, “O you whom I would have loved, O you who knew it!” the speaker talks as if the woman is a lost love that he never got to flourish.

In Baudelaire’s poem “To A Passerby” the speaker changes the rhythm throughout the poem. In the first section, he is annoyingly fixated on the city life as a flâneur. In the second section, the speaker singles out one woman, who seems to have her life filled with despair. In the third section, the speaker is back to reality but realizes that he wants the sight of the woman back, which is an escape from the noise of the city. In each line, the speaker goes more in depth about how the woman makes him feel, and how a flâneur analyzes their surroundings. In this poem, the speaker views the woman as an object that he wants to possess. He imbues the woman with his own feelings without attempting to comprehend her feelings. To gain a further knowledge of Parisian urban poetry, I would recommend another poem by Baudelaire called “Crowds,” where he uses a carnival scene as a metaphor for society.