Emotional Abuse And The Virtuous Banks

An essay on music, healing, and heroism. 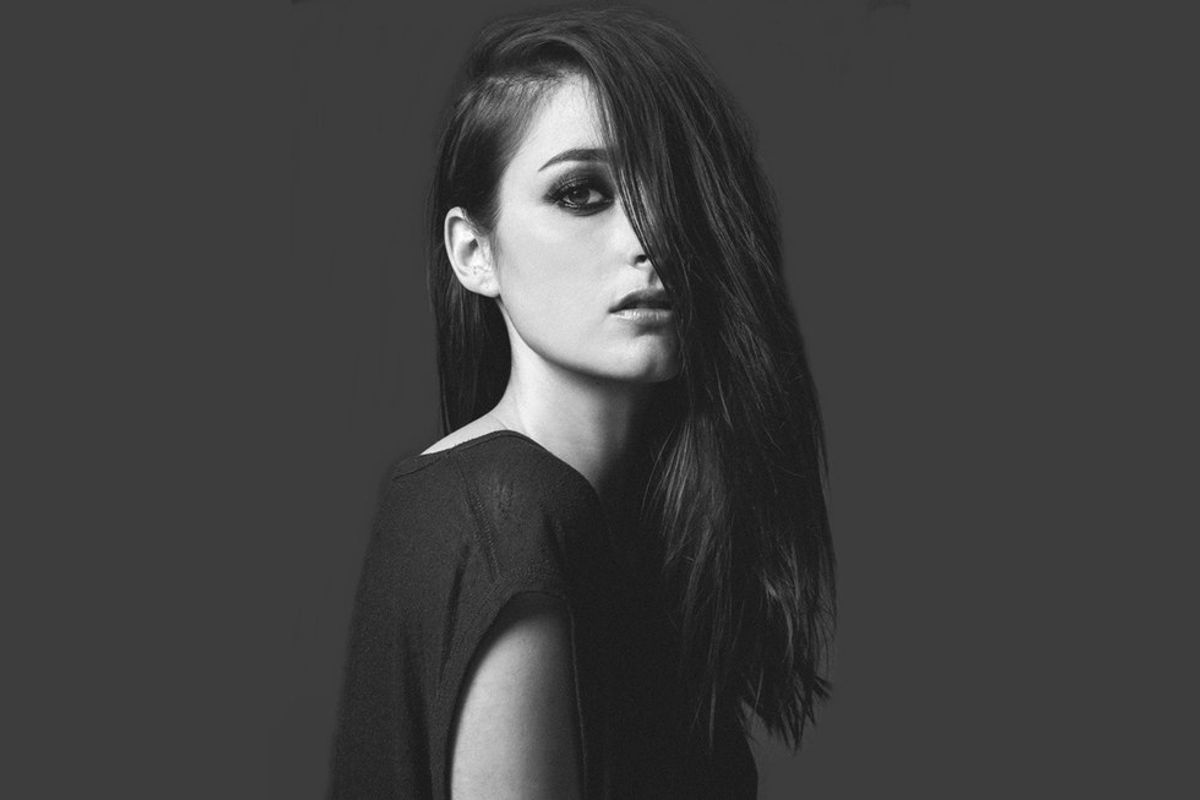 Jillian Rose Banks, better known in the music industry as Banks, once spoke in a 2014 interview with The Guardian about the purpose of her music. “It’s a big thing in my music, to highlight being human, being emotional, and powerful, like a goddess. I want people to feel the times where they don’t feel good. You should dive into those emotions… Being brave enough to just be unapologetic for who you are, that’s a goddess.”

Music of such a multifaceted intuition as Banks’ is a rare find within the slew of modern pop singers. I was first introduced to her 2014 album, Goddess, by the title single appearing on my iTunes radio ‘Recommended Songs’ list. Its familiar instrumentals–I was sure I had heard the track before–were soon interrupted by an incongruously entrancing criticism. “She gave you all, you gave her sh-t.”

It wasn’t until I escaped my first truly traumatic relationship that I revisited that album. I was 17, and although I am no longer directly affected by such mistreatment, the scars that it left are ones I am still working to heal. Emotional abuse is indescribable, not in that its signs can’t be defined (though they often go unnoticed), but rather because there is no conventional manner of transferring such pain from one person to the next. Music and art are truly the only viable methods of explaining that kind of continued suffering. But this sort of emblematic expression is difficult to find, especially in today's music.

The pivotal key to emotional healing, I’ve come to understand, is articulation. The translation of my feelings into words allows for their vindication; otherwise, those feelings are just feelings. They carry this culpability, like the emotions I feel inside my head aren’t real, that they deserve no explanation because they are unjustifiable.

So often does self-harm and self-hatred sprout from broken relationships that emotional abuse has become the unofficial (and unsung) plague of our private lives. I’ve always felt the only way to combat pain is to get to know it, to scrawl it out into something physical that I can touch and see. When I’m weak, though, and I have no energy to reify the thoughts in my head, I turn to musicians to do it for me. Musicians like Banks.

Where pop often fails to properly interpret abuse, Banks does so with such grace that it is almost unbearable to hear what she has to say. But I listen anyway. I feel a sort of bitter satisfaction in hearing others discuss struggles so similar to my own, and I think–or rather, I know–that this is why musicians write about their scars.

The Altar, Banks’ sophomore album just released on September 30th, is riddled with experiences of emotional abuse. The primary factor that makes the album so simultaneously enticing and tragic is hard to place. It may be in her voice, whose runs resemble sobs as often as its rasping belt feels like screaming. The lyrics are incomparably heart wrenching as well, and their simplicity makes them all the more effective. “To the Hilt” whimpers a one line chorus (“Hated you for leaving me”) that digs at human empathy, while the more powerful tunes like, “Trainwreck” can rhapsodically rile anyone’s angry side (“There’s no fixing to the problem when you’re talking to an idiot”).

Perhaps it’s the metaphorical irregularity of The Altar’s many styles that sets it apart from other breakup-based albums. As the blaring lead single, “Gemini Feed” melts into her darker track to follow, it sets a precedent for the topics to come: love and pain. “Lovesick,” “Weaker Girl,” and, “Mother Earth” play with a nostalgia that feels dangerous when set next to the critical choruses of, “This is Not About Us” and “Poltergeist.”

What elevates Banks' music above others' for me, though, is its ability to speak for what I have anchored in my head. Emotional healing is a process, a necessarily communicable one, that is made exponentially easier when musicians fill the world with their own heartache and struggles. They act as the quintessence for reparation, not because they know better how to handle emotions than we do, but because they are just as flawed as anyone else. Validating these flaws makes trauma normative, scars appropriate, and emotional healing less individual, and more human.

In this sense, musicians like Banks are heroes to the emotionally damaged. They open themselves to the world with albums like, The Altar so that we feel more capable of doing so ourselves. Banks has no qualms about being publicly questioned for the strangeness of her expressions, and her second album remains as unapologetic as her first because of this. She understands that what she does is virtuous, and the countless victims of emotional abuse deserve to hear more music like hers.