She Has To Wear Pink Every Day, Not Just Wednesday
Odyssey

She Has To Wear Pink Every Day, Not Just Wednesday

And the adventures of dying our friend Megan's hair... 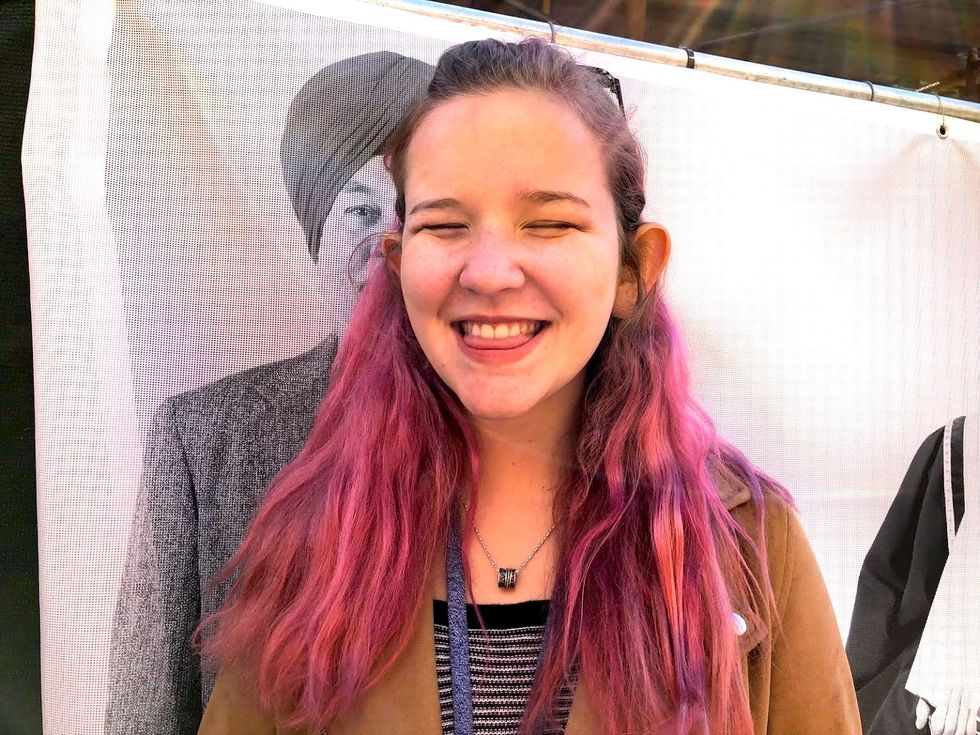 Everyone says that college is the time for reinvention and finding yourself. That very well may be true, but this is not a story of self-discovery. Instead, this is a story of friends impulsively deciding to dye each other's hair.

And while we're at it, why not record the whole thing, too? It starts off like any ordinary day; Amanda, Megan, and I are grocery shopping at Walmart. I mean, what else do college kids do besides buy food?

On our way out, we pass by the skincare and hair section and of course, we stop to look. "What if we died my hair pink?" asked Megan, Amanda and I not really understanding she means like right now. Amanda and I both say we would do it (if she ever wanted us to). Then Megan picks up two bottles of pink hair dye in different shades.

"Which one?" Now this question alone should have foreshadowed what the night's events would have entailed. Alas, Amanda and I don't quite catch the signs, but this was the night "Frankie and Amanda's Ratchet Hair Salon" was born.

Driving back to school, Amanda and I plot our plan of attack on Megan's hair. Originally, we are only going to die the tips of her hair, but that doesn't last. I'm getting ahead of myself here; let's start at when we arrived back to the dorm.

The rest of our friends have now gotten out of class, and they are hanging in the dorm. Imagine their surprise when we bust in and claim that we are dying Megan's hair. Her roommate Katie is especially shocked, and I don't think she actually believes us until she sees the bottle. We all take a trip to the dorm's bathroom and set up because we know we'll be there for a while.

Amanda and I strap on our gloves and put on a playlist to make the time go faster. Everything changes when we got more than halfway through the bottle; in my opinion, this is the turning point of the entire night. I know what you're thinking though, "What could possibly go wrong?"

The answer, my friends, is everything. Because the bottle was almost empty, Steph goes to retrieve my scissors from our room to cut the bottle open. She comes back with the scissors in one hand and one of our phones in the other.

We've been documenting our adventures at Ithaca, and what's more adventurous than hair dyeing? Steph quickly realizes that she can't film with her right hand and cut with scissors using her left. After switching hands, she tries all her might to cut the bottle, but all she ends up doing is breaking my scissors.

Those were my favorite scissors too. It's okay though; we just end up using Steph's scissors. When the bottle is finally cut open, we see that there is very little dye left. Panic sets in, and we realize that we need to head to Walmart NOW!

It is a rushed decision, but we figure there is no time like the present. Amanda, Steph, Megan, and I all decided we should get more hair dye right this moment. We pile all of Megan's hair in a shower cap and take another trip to Walmart.

Megan's hair is still very saturated with dye, and it needs to sit for at least 30 minutes, so we decide that the smartest idea is to not walk but run everywhere. We run to the car, to the store, we even run inside the store. I have a timer for the trip, and we are only in Walmart for three minutes.

We rush back to school and add another layer of hair dye to Megan's hair, only instead of just the tips, her entire head is made pink. It is more than we expected, but it is fine because it's just a temporary dye. If she doesn't like it, she can always wash the color out.

Frankie and Amanda's Ratchet Hair Salon has become a trend now. Amanda and I have also dyed Katie's hair, and we will soon dye Audrey's. The adventure my friends and I have started going on are hilarious, and I'm glad I'm experiencing it with them. The funniest part of all of this is, we only dyed Megan's hair so we could make a cool cover for one of our Spotify playlists.