My Summer At SIFAT

My Summer At SIFAT

A nonprofit in a backwoods town that makes an impact all around the world. 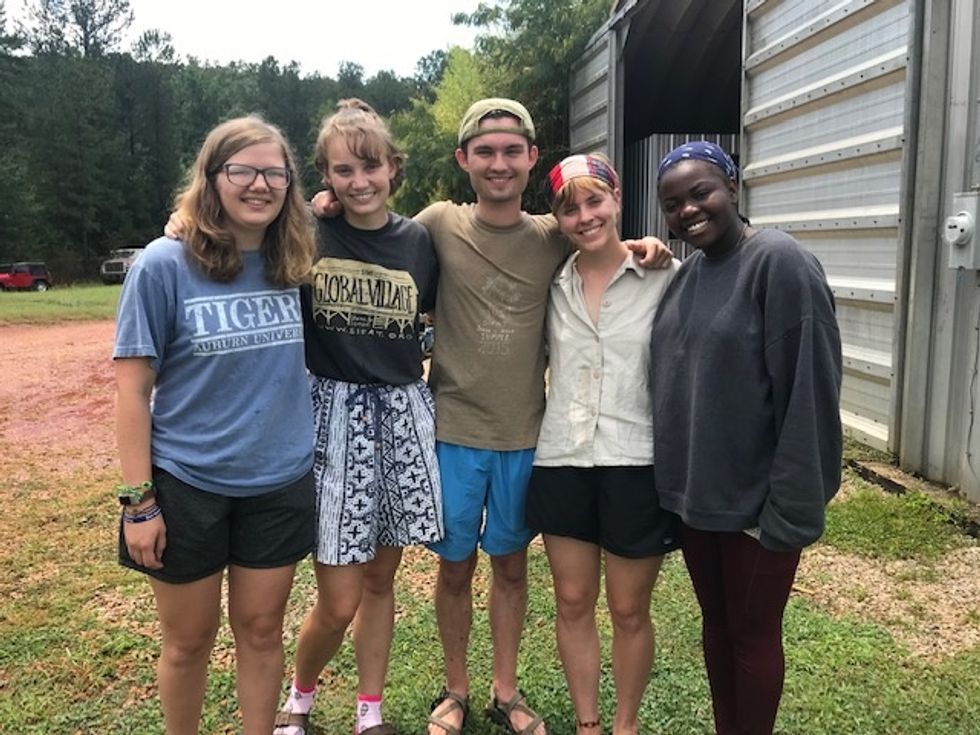 This summer I worked at an organization called Servants in Faith and Technology or SIFAT. In my first article, I covered a little bit of their history and how they have helped people around the world. This one will cover their summer camp.

SIFAT also has a children's summer camp called Learn and Serve every summer. Learn and Serve simulates the lives of people in developing countries and teaches middle and high school students about SIFAT's efforts and what they can do to help as well. This is what I was tasked in helping with. I worked with the Flex Staff during my time at the campus. Flex Staff helps to maintain the campus, makes sure the campers have what they need, and helps out with some of the programs. The camp starts on Sunday when the children arrive and introductions are made.

On Monday, the campers start at the low ropes challenge course to work on team building. After lunch, they get ready to go to the Global Village. On their way to the village, they have to go through customs. The reason for customs was to simulate crossing the border of a country, and Flex Staff usually filled the roles of the customs agents. We searched through their things to make sure they did not have anything they were not supposed to have and asked them questions like they would encounter at a border crossing. After all of their group members had made it through the bag check, they were allowed to continue on to the village where they would cook their food and filter their water and spend the night.

The village is a community of replica houses from countries around the world such as India, Bolivia, and the Philippines, and the campers sleep in these houses while there. The next day, the boys go to work to earn money while the girls stay behind to cook breakfast. The boys would help Kishore with the appropriate technology house, and I would usually go with them to supervise and help out. After breakfast, the teenagers would then go to the slum area for the slum experience. The counselors and Flex Staff would play characters that were based on actual people who live in slums. The campers used the money that the boys had earned working to buy food and water and to pay their rent once they were given a house by the slum lord.

They could also get jobs in the slums to earn more money for food and rent. They stayed in the slums for about four hours after which they had a debrief time to talk about their experiences. Wednesday is Agriculture Day. On this day, the campers take a tour of SIFAT's garden and learn about their gardening methods and the types of vegetables that they grow. They also learn about container gardens that are used in urban gardening and the Leaf for Life initiative. They also participate in the Global Feast at lunch. The purpose of the Global Feast is to demonstrate the unequal distribution of food around the world. Fifty percent of people do not have food to eat, thirty-five percent do not get the nutrition they need to stay healthy, and fifteen percent have excess food.

They simulate this by having the teenagers draw chips out of a bag, and the blue chips are the fifteen percent and get to fix themselves a plate of food, red chips are the thirty-five percent and get half of a tortilla, and the white chips are the fifty percent and stand against the wall in silence and watch while the others eat. It makes the campers feel uncomfortable, angry, and sad along with other emotions which are then discussed and opens further discussion about how they can influence producers and help mitigate the problem by being conscientious buyers in ways such as purchasing only what they need and buying fair trade.

On Thursday, the kids would have Community Day. On this day, they would go out in the county and help with community service projects. They were usually split into two groups, and part of the campers would go help the Road Department in Ashland and the other group would go to the Lineville Nursing Home. The Road Department group would help with tasks such as picking up trash and tree limbs at the city park, around the elementary school, and other places around town.

The group that went to the nursing home would play games with the residents and paint the ladies' fingernails. The idea behind Community Day is to think globally and act locally. The kids may not be able to travel to another country to help the people there, but they can help the people around them which is just as important.

I very much enjoyed being around the children and seeing their reactions to the programs and simulations. Most of them were very receptive to the messages being conveyed and were eager to learn and to put their knowledge into practice. I hope that they will remember all that they learned and use it to help others around them.

I really enjoyed my time at SIFAT. Getting to watch the campers enjoy themselves and seeing all our hard work pay off was very satisfying. I think that I learned just as much as they did through my experiences.

Getting to help with the appropriate technology demonstrations, listening in on others, and hearing peoples' stories and of how SIFAT's efforts have helped so many people around the world has changed my perspective on ways to help others and how to be a better steward of our resources. I hope to be able to go back one day and work with them again.