It's time for a new direction 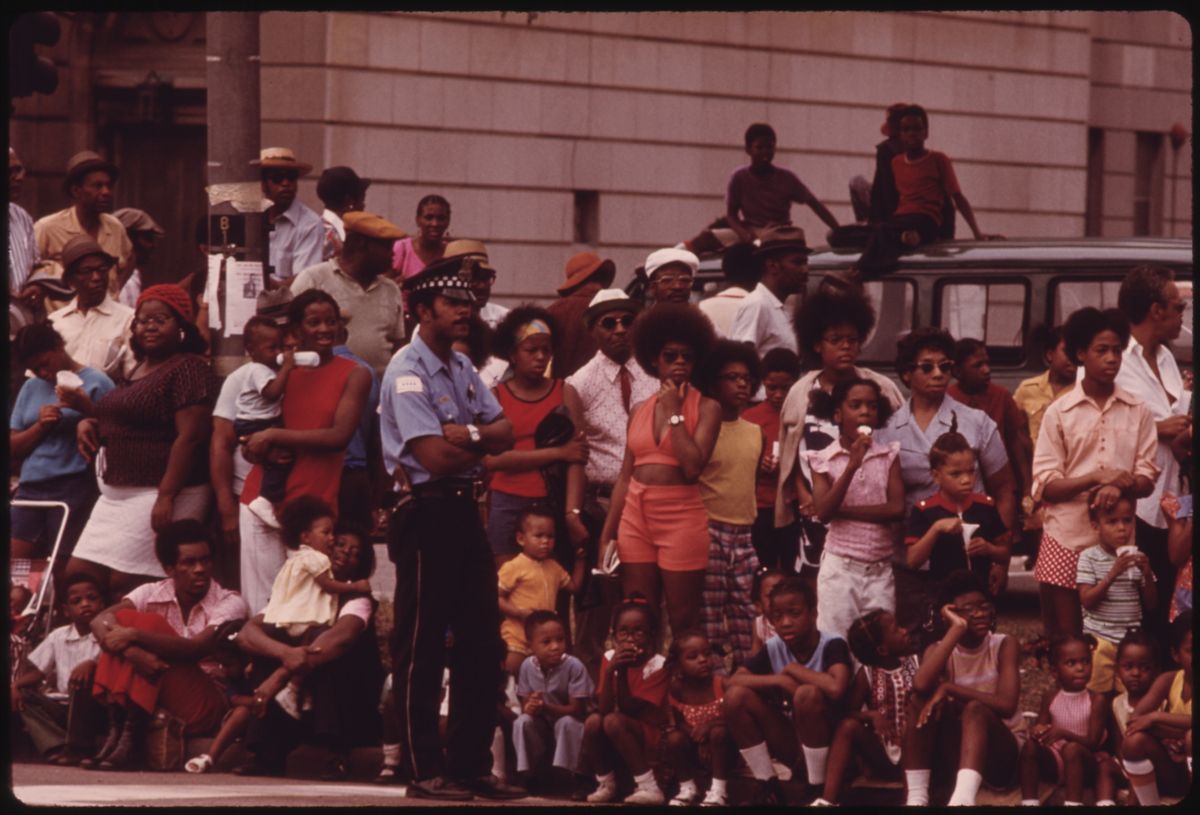 Just judging from the headline, I already know I'm going to get a lot of criticism for writing this. But before you make any initial judgments, I will make my intentions clear. This is not to shame or degrade Black people in any way. It is a calling for the truth of what is happening in our communities, something the media doesn't do a very good job of. I wish to paint a holistic picture of the issues we face, our present status in the country, and what can possibly be done about it.

Let's start with the issues. The first is crime. Crime is arguably the most heated debate occurring regarding the Black community. What we commonly hear from the left is that the system is rigged against us and that we are disproportionately targeted by law enforcement. From the right, we hear that we are a collection of squabbling, angry children who refuse to take responsibility for our own failures. What is the truth of this matter? Based on evidence, it lies somewhere in the middle.

First, I seek to dispel the myth that Black people are disproportionately targeted by police officers. That isn't true. According to the FBI, in 2015 the total percentage of Black people arrested for any given crime was around 27%. For Whites it was near 70%. This is an illusion created by our own media outlets who claim to be on our side. They are doing us a disservice by constantly lying to us and distorting the truth. Black people are not as big a victim as the media makes it seem. To be fair, Conservatives tend to exploit this falsehood by adding insult to injury.

The next issue is that of incarceration which varies completely depending on who you ask and trust me, I've dug all over in search of a clear answer. Prisonpolicy (which I've linked below) shows a graph of people incarcerated per 100,000 by race. You'll notice that the bar directly linked to Black people is much, much bigger than all the rest. There are two likely explanations of this. Either Black people commit a much higher rate of crimes than Whites despite the populations being so vastly different. Or there exists some discrepancy somewhere in the Criminal Justice System. I've found that the SentencingProject, provided a (at least in my opinion) more detailed view of the issue. Particularly that Blacks are incarcerated at rates exceedingly higher than Whites and therefore in virtually every state, despite being only a small fraction of the population, ends up being the majority in prison. Given the FBI's report on arrests made for each race, this makes absolutely no sense. So there's the picture of crime and incarceration.

I move on now to education and its relation to employment. This is perhaps one of the areas the Black community does much better in, but is still not the best that it should be. The good news is, the number of Black people (that went to school) who have a highschool diploma around the ages of 25-29, per the NCES, by 2015 was about 93%. Unfortunately, that number drops when talking about Bachelor's degrees. In fact, it drops all the way down to 21%. For Master's it drops down to 5%. I will note however, that these are improvements from previous decades, but it is still much lower than our White counterparts. In relation to finances, employment seems to have an direct relationship with educational attainment. The least employed were those with less than a highschool diploma, at a rate just about 17% for those aged 25+. Those with bachelor's degrees and higher, were only around 5%. This isn't good for the majority of Black people. The people who have jobs are the smallest subset of the Black community. The median income of full time African American workers with a highschool degree or less is as best, 600 dollars. That translates to a large population of the black community being largely subpar in terms of socio-economic status.

The last issue I will touch on is the health of the Black community. I'll be blunt; it ain't good. According to the CDC 22% of adult males (18+) in the years 2012-2014 smoked cigarettes. For women, that number is around 15%. Almost 40% of males and 60% of females had obesity that were 20 and older in the years 2011-2014. Most notably and obviously, there is a huge substance abuse issue in the Black community. Many sources aren't clear on concrete numbers, but they all agree at the very least that alcohol and drugs usage is particularly high in this community. I'll provide some sources below so you can make your own determinations.

As it stands, the Black Lives Matter movement has received a great deal of scrutiny from the media. Many even brandish them as terrorists or a unruly group of people. Here's my point of view. BLM is not a group filled with hateful people. Look at their website. It tells you a lot about them. But again, the reason why they receive such hate is the media. Usually, their protests only receive serious attention when a subset of their group goes on a riot. To be clear, I do not condone rioting. I am all for the peaceful assembly of a collective movement. To a large extent, that is what they do, but that is not what we see. The media constantly shows them rioting, looting, burning, fighting, and getting arrested. This paints a negative picture of them in our minds and even left-wing media has a hand in this widespread disdain for the group. As I say, you can paint everyone with the same brush. The actions of a few do not define the many. Martin Luther King had the same problem with the Civil Rights Movement in the 1960's. Many of his followers did what he deemed to be wrong. But do we not still celebrate his memory because of what he stood for? Therefore, consider that here.

With that being said, the Black Lives Matter movement is still not enough to change the course of the Black community. Their focus is mainly in the Criminal/Social Justice department with an auxiliary focus on other topics. There are a host of other issues that will plague our community even if we are successful in that area. I had a thought today (that prompted me to write this piece), of perhaps a non-profit organization that is specifically designed to build up Black communities. I'd call it, AAA (African-American Advancement) or something like that. It would have programs to educate them on issues such as substance abuse, the value of education, contraceptives, provide job training and resume construction, importance of family, value of brotherhood and love; things that our communities need to survive and overcome our constant internal war. Such a thing would need to be donated to of course, but imagine what benefit it could have if we seriously tackled our real demons instead of killing each other and being pit against other people, including our own, by the media.