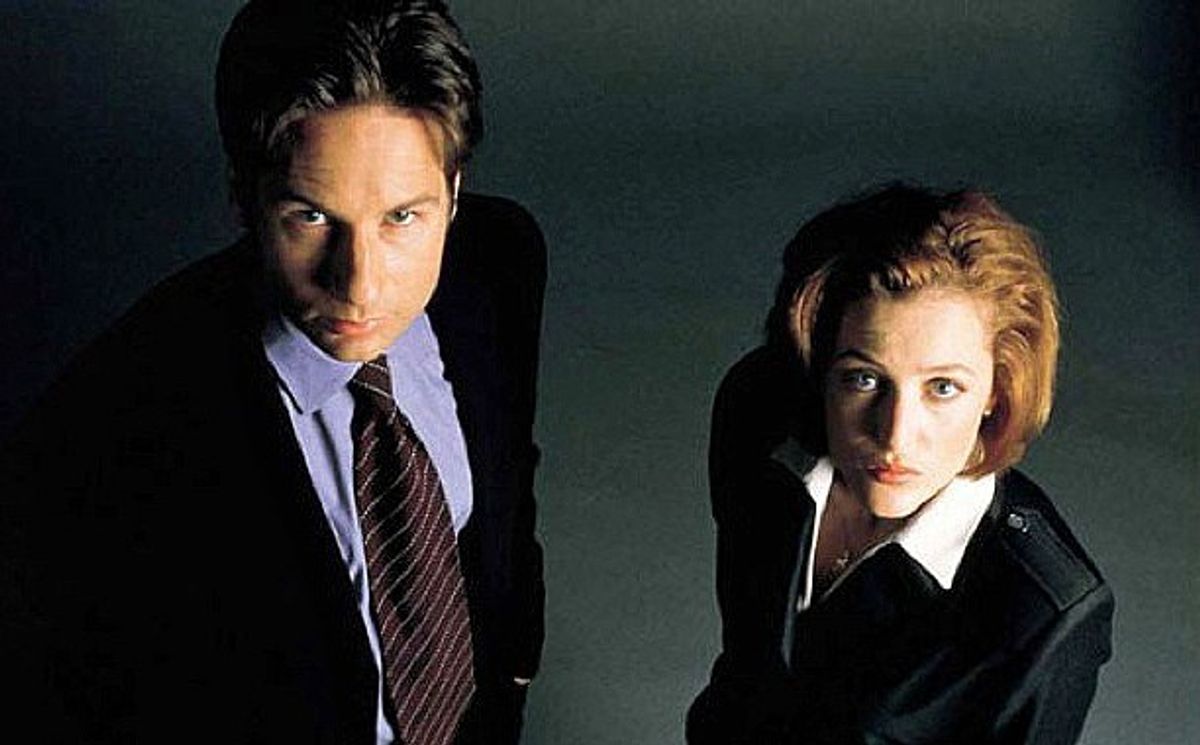 In a time of hyper-sexualized ladies meant to be arm candy for the main protagonist, the casting of Gillian Anderson for the role of a stereotypical "sexy sidekick" was almost laughable. Her 5'3" form and mousy brown hair was almost the opposite of the blonde bombshell they had hoped to cast, but when her automatic chemistry with co-star David Duchovny earned her the role of Agent Dana Scully, television would never be the same.

1. Agent Dana Scully revolutionized the appearance of females on television.

Unlike stars that were taking over television at the time, such as Pamela Anderson, Gillian Anderson was surprisingly normal. In fact, she was almost the opposite of the "Baywatch" star.

2. Females were no longer considered weak in comparison to their co-stars...

No longer were female characters a "break for the eyes," comedic relief, or solely a love-interest. With her portrayal of Agent Dana Scully, Anderson introduced a strong female lead that could handle herself in any given scenario.

3. ...But that didn't mean that she couldn't play a romantic role as well.

It took seasons to build up the romance between Agent Mulder and Agent Scully, and for the most part the relationship between them showed them as equal partners. For years they had been partners and best friends, and this portrayal showed the realistic balance and equality in a relationship. Through the span of their relationship, friendship or romantic, Scully was never seen as mere arm candy or anything less than what Mulder was.

4. Men with the brains and woman acting on impulse? Never!

Scully fit no stereotypes! This forensic pathologist was recruited out of medical school to join the F.B.I. and she spent the first seven seasons of the X-Files chasing down Mulder after he decided to act on impulse.

5. Scully was someone for young girls to look up to...

Scully was strong, smart, loyal, and gave respect as much as she earned it. Overall, she was the perfect role model for young girls who were into the popular sci-fi show.

6. ...While also being vulnerable.

Though she was a strong female lead, there were also plot-lines where her strong-willed mind got her into trouble. She revealed that even though someone was strong, they could also have weak side, as Scully's especially shone through during both a cancer story-line and a later infertility story-line.

7. Scully was a strong feminist.

In a time where all feminists were looked at as man-haters, Scully brought a sense of reality to the common term. She wanted what most women stereotypically want: love, children, and a life to call her own. Despite this, she never hid her strong feminist ideas.

No matter how many points are made, all of them come down to a single point. Scully changed the game of female leading roles. She didn't require anyone's support, and she was perfectly capable of handling things on her own. Scully's successful character paved the way for generations of female leads to come.

Catch Gillian Anderson as Dana Scully in "The X-Files" every Sunday at 10 p.m. on FOX.