The ever-increasing threat of clowns has put us all on edge. 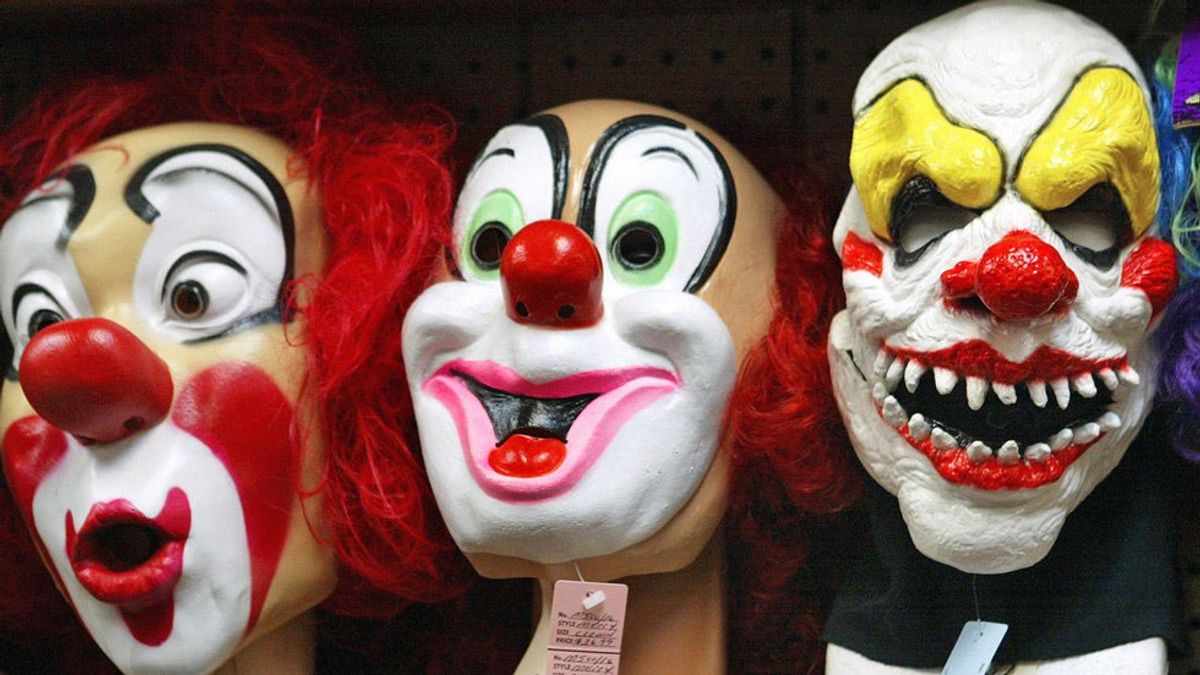 You may have heard about the clown epidemic lately. Yes, you heard me right: clowns are the newest and scariest thing happening in America (arguably scarier than Donald Trump for some). And Ohio Wesleyan students, we received an email recently that let us know that a reported clown on the Jaywalk was a hoax. Still, you can’t deny it: the ever-increasing threat of clowns has put us all on edge. Especially since they seem to target elementary schools.

Clown sightings have been reported in at least 33 states, and apparently, the phenomenon is growing. Clowns have ranged from standing and staring to threatening children in Waukegan, Illinois. And it doesn’t end there: in Columbus, a boy reported being chased by a clown with a knife. The most disturbing thing about these clowns is our lack of knowledge: we don’t know where they came from, why they’re here, or who they are without the clown costume. Is their appearance harmless but creepy, or do they have a more sinister motive? Regardless of their intentions, their presence in communities—especially Ohio communities like mine—has put everyone on edge. Police are handling every report of a clown as a serious threat because we just don’t know why they’re here.

So why are clowns so scary for us? In a thoughtful CNN article, psychologist Frank T. McAndrew gives us a short history of the creepy clown. In short, creepy clowns stem from serial killer John Wayne Gacy, or “Pogo the Clown”, who provided entertainment services at children’s birthday parties and also killed 33 boys and young men. Because of the high media coverage of his gruesome acts, people began to think of clowns as creepy, and, in extreme cases, dangerous. This provided the foundation for the current clown epidemic. McAndrew goes on to explain the psychology of fear, concluding that fear of clowns is a learned fear, taught to us by our parents, friends, authority figures, and the media we consume.

Perhaps people are capitalizing on this fear for the sensation: after the first reported sighting in Greenville, South Carolina, reports seemed to pour in, even when police could not confirm or deny these sightings. These clowns could be dangerous, but this could also be an example of mass hysteria: the more reported sightings, the more fearful people become. This could lead to more copycats dressing as creepy clowns, or even imagined sightings. Unfortunately, there’s just not enough information on these clowns to prove one way or the other. One thing is certain, though: it’s even more important to stay safe now.

Whether these clowns are a nationwide prank or actually dangerous, only time will tell. However: it’s important to remember this: stay calm and stay safe. Don’t let mass hysteria get to you, but do take reasonable safety precautions like traveling in pairs and carrying your phone. Eventually, this creepy phenomenon will die out and we’ll all move on with our lives, although perhaps a little more wary of clowns at birthday parties.

Nicole Marie Nigro
Individual Creator
4390
c1.staticflickr.com
Where to start...... Let me start with the cliche that life throws us curveballs and what we do with it is what counts.